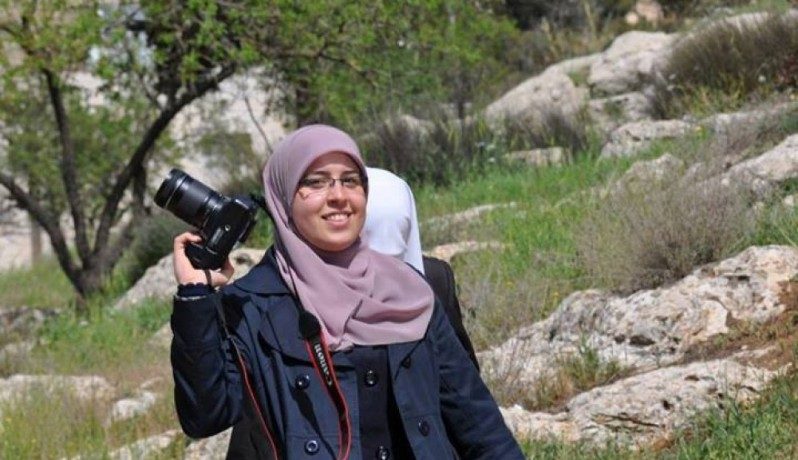 Al-Tawil, 25, was ordered to administrative detention on a secret file without discussion. She was seized from the family home in Ramallah on 1 November, where she lives with her father, Jamal al-Tawil, a prominent Hamas leader and former prisoner.

Bushra al-Tawil was seized by the Israeli occupation in 2011 and ordered to 16 months in prison; she was freed five months later as part of the Wafa al-Ahrar prisoner exchange. In 2014, she was seized with over 60 more former prisoners and her prior sentence arbitrarily reimposed by a secret Israeli military committee; she served 11 months in Israeli prison before her release in May 2015.

She is also among nearly 60 Palestinian women prisoners in total held in Israeli prisons. Also on Tuesday, 7 November, the Israeli occupation court in Jerusalem extended the detention of Huda Odeh, 38, until next Thursday. Odeh is the wife of a Palestinian prisoner, Mohammed Odeh; she was seized from her home in a pre-dawn raid by occupation forces on Monday morning, 6 November, and taken to the Moskobiyeh interrogation center in Jeruslem.

Her husband, Mohammed, 44, has been imprisoned since 19 August 2002 and is serving nine life sentences in Israeli prisons.