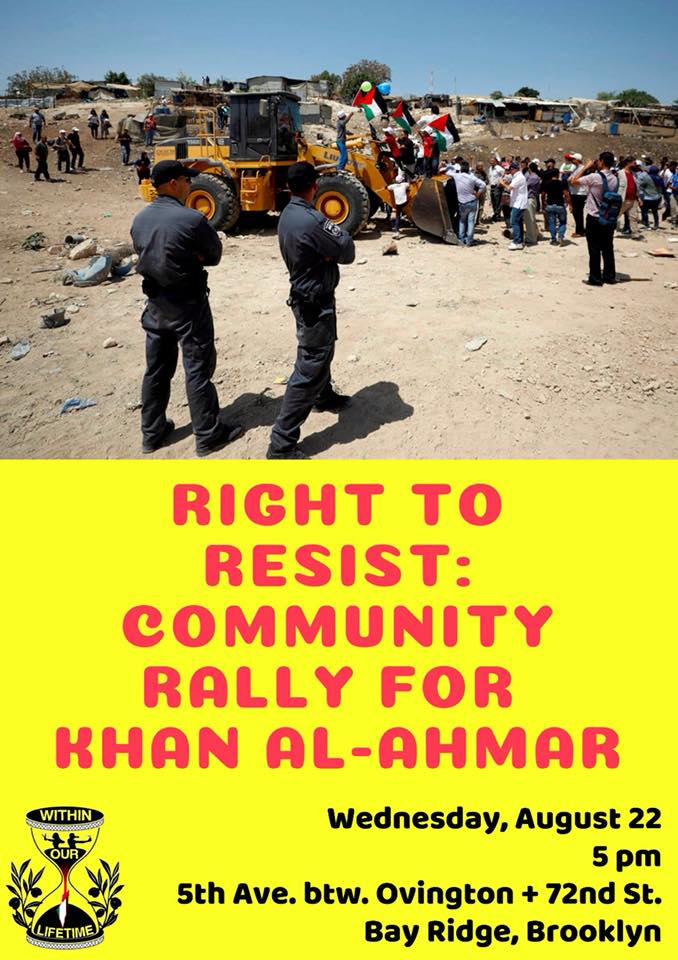 Palestinian Bedouin village Khan Al Ahmar is under imminent threat of being destroyed by Israel, as the nakba continues. Khan Al Ahmar is situated between two ILLEGAL israeli settlements and its population of about 200 people were forced to resettle here after Israeli forces took over the land they lived in prior. The Zionist army has already went to Khan Al-Ahmar with bulldozers ready to demolish people’s livelihood, but the residents of the village protested the demolition until they were beaten and arrested.

This forced eviction and population transfer and destruction of life and infrastructure is Israel’s way of maintaining the Zionist dream that seeks to completely wipe out Palestine. The reason Palestinians are being evicted from their own land again is due to the expansion of these settlements which have been declared illegal in every court.

While demolition plans are on hold, we must make it clear that all Palestinians and the international community are watching and we will not allow Israel to continue to seize our land and disenfranchise our people!