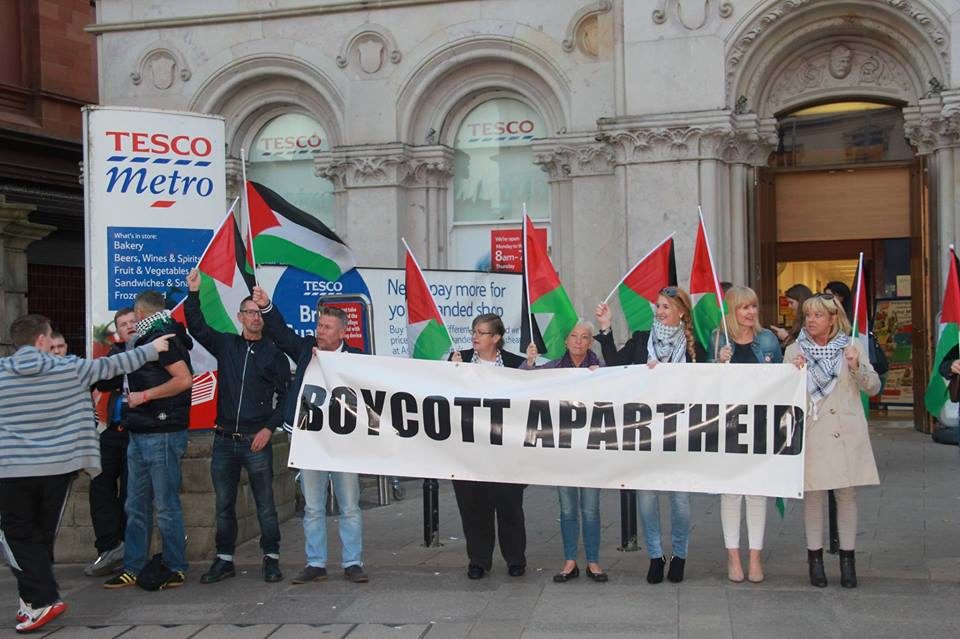 We call on Tesco to respect your customer’s ethical and moral values.

By continuing to trade with Apartheid Israel you help fund the Israeli economy and the illegal Israeli occupation of Palestine, apartheid and violations of international law.

Tesco, Stop profiting from the murder and oppression of innocent civilians.

Israeli Occupation forces have murdered over 200 people so far this year.

Israeli snipers have murdered over 160 protesters including paramedics, journalists and dozens of children since March 2018.

Israeli snipers have injured over 18,000 unarmed protesters in Gaza since March 2018.

Israel has murdered over 3,000 children in the past 17 years.

“Those who entertained officials from apartheid SA were on the wrong side of history during the 1980s, and those who are entertaining Israel today will be judged harshly by history.”