Georges Abdallah began his 35th year in French prison on 24 October 2018; despite being eligible for release since 1999, he has been denied release repeatedly by the French state, in accordance with repeated pressure by the U.S. State Department. The video was released as part of the international week of action for Georges Abdallah’s freedom.

Participants in the video came from Yafa, Birzeit, Dheisheh, Yarmouk, Haifa and Saida, reflecting the unity of Palestinian strugglers standing with Georges Abdallah.

The students at Birzeit also engaged in a poster campaign throughout the university and organized a lecture with the cultural committee of the Faculty of Arts, featuring Dr. Ahmed Qatamesh and Ismat Mansour, moderated by Waseem Abu Farha on Thursday, 25 October. 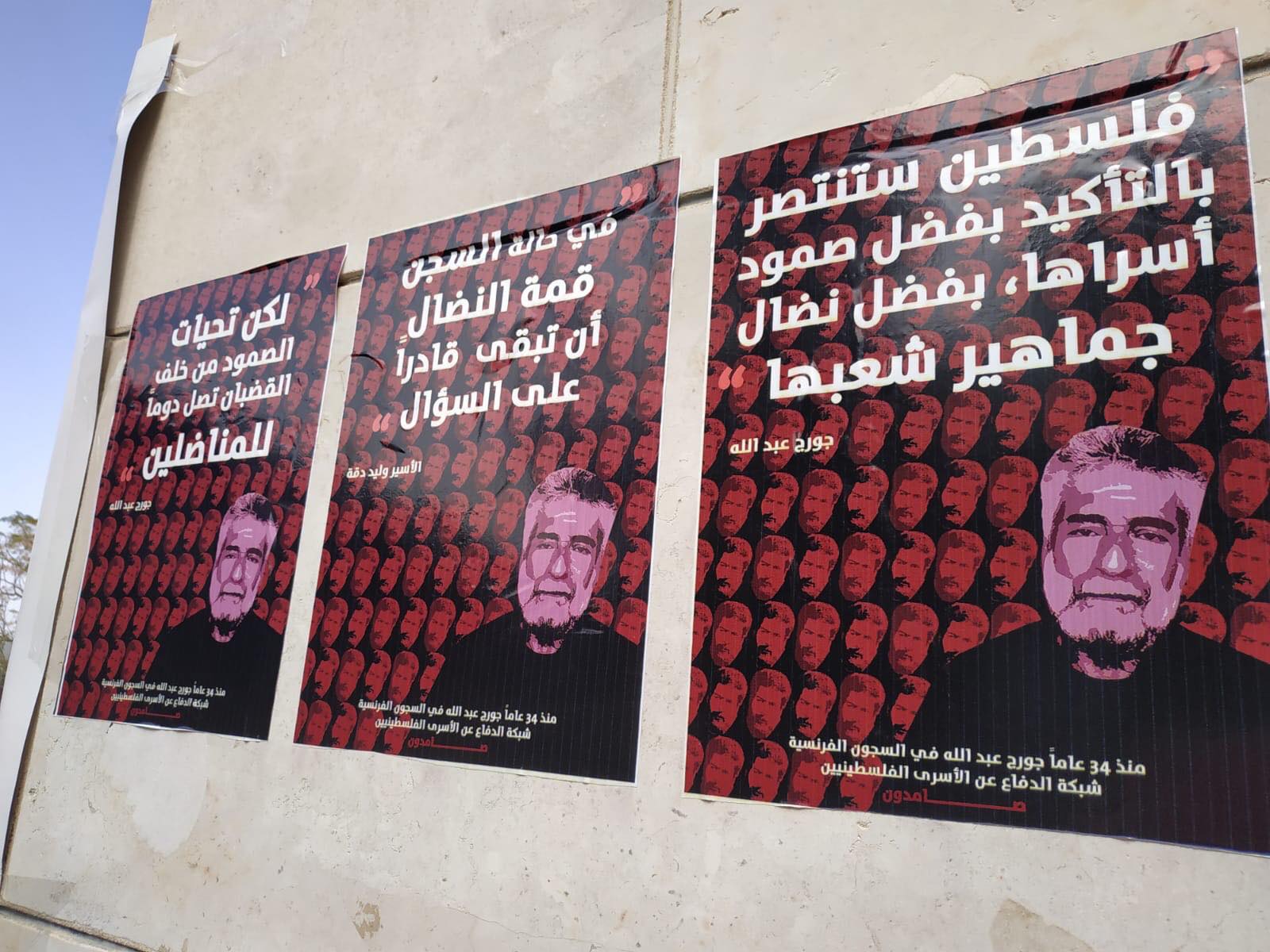 “But the salutes of steadfastness that come from behind bars always reach the strugglers.” – Georges Abdallah

“Inside prison, the highest peak of struggle is to continue to insist on asking questions.” – Walid Daqqa

“Palestine will surely be victorious, because of the steadfastness of its prisoners and the struggle of its people.” – Georges Abdallah