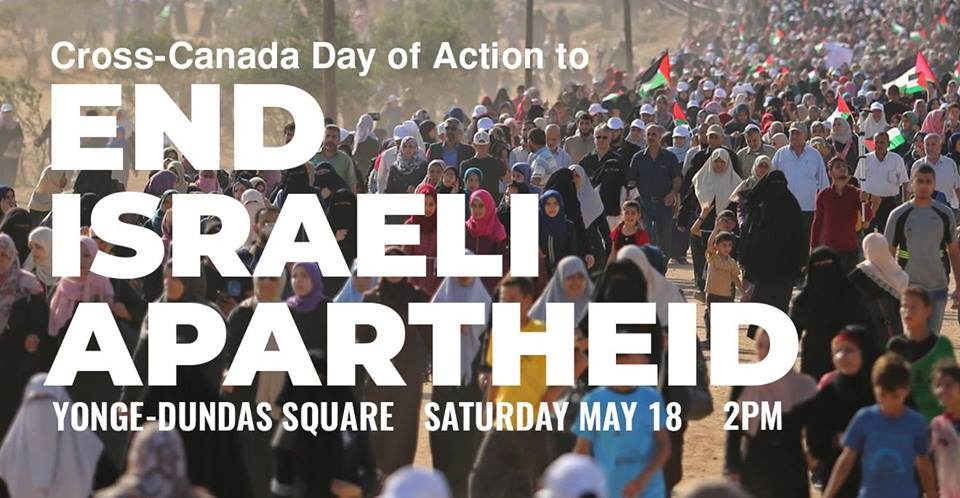 Join us in Toronto to show solidarity for the Palestinian people. In remembrance of the Nakba, let us gather in a show of strength and solidarity.

The Nakba was a day of catastrophe which marked the beginning of the violent ethnic cleansing and colonization of Palestine in 1948, which rested on the racist belief that Jews alone belong in Palestine.

The Israeli army and government has continued – even until now, 71 years since the Nakba – to steal land, murder and displace Palestinians, occupy Palestinian territory, and implement an apartheid regime.

Come out on the 18th to honour the ENERGY and STRENGTH of the Palestinian people who have never stopped resisting the oppressive Israeli state and its colonial violence.

Join us in our support for the RIGHT of RETURN for Palestinian refugees and for BOYCOTT, DIVESTMENTS, and SANCTIONS of the state of Israel.