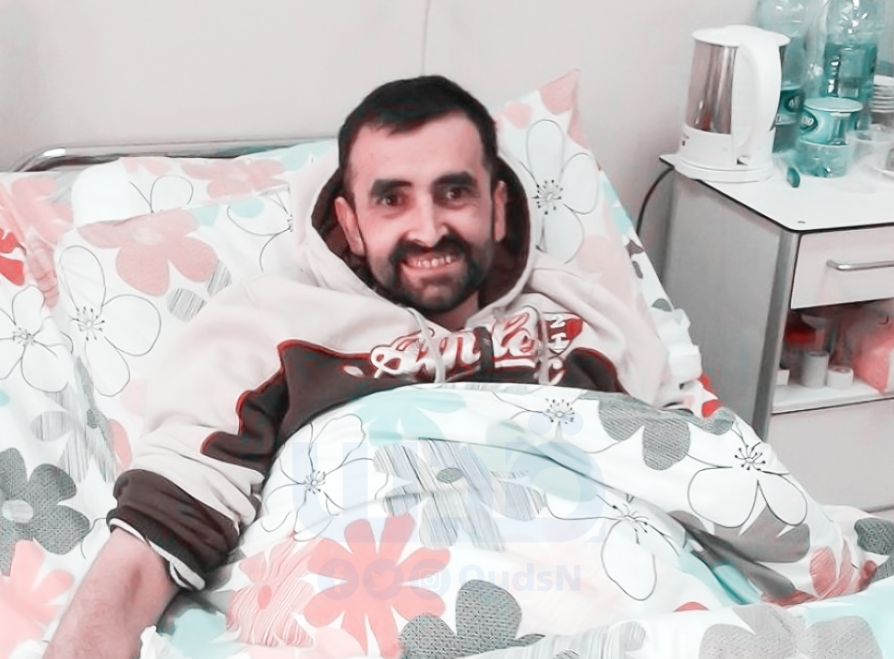 With the additional deterioration of his heart in the past months, it was operating at only 15% of strength. He worked for “Falasteen” newspaper in the West Bank before being arrested by Israeli occupation forces on 8 October 2015, accused of organizing a Palestinian armed resistance attack on the illegal Israeli settlement of Itamar near the village of Beit Furik. He first showed symptoms of cancer in 2009, during political detention by the Palestinian Authority; he had previously spent around 3 years in PA jails and one and a half years in Israeli occupation prisons.

All Palestinian political forces issued strong condemnations of Israeli policies of medical neglect and mistreatment against Palestinian prisoners. The Palestinian prisoners’ movement collectively announced three days of mourning for Sayeh, declaring that “we hold the Zionist occupation and the prison administration fully and directly responsible for the martyrdom of al-Sayeh, due to medical negligence against him and the policy of slow death.”

The prisoners’ movement announced that all sections of the prisons would be closed and meals returned in memory of Sayeh. In a statement, the prisoners noted that “the martyr prisoner Bassam Sayeh remained handcuffed, hand and foot, despite his illness until his martyrdom.”

The Popular Front for the Liberation of Palestine issued a statement, saying that “this latest crime should motivate all to support the prisoners and confront the policies of slow execution practiced by the occupier against dozens of sick prisoners.” The statement also called for a day of strike and protest on Monday to mourn Sayeh and support the prisoners fighting for freedom.

The Front also condemned international institutions, especially the International Committee of the Red Cross, for failing to take action and hold the Israeli occupation accountable for its violations against the Palestinian people. “If there were serious deterrent measures taken internationally, the occupation would not dare to continue its crimes against the prisoners’ movement.”

The Palestinian Prisoners’ Society issued a statement saying that the violations practiced against the prisoners, particularly medical neglect and the case of Bassam al-Sayeh, “should be brought before the International Criminal Court to hold the leadership of the Israeli occupation accountable for the institutionalized crimes committed against our prisoners by a number of malicious mechanisms, including deliberate medical neglect.”

The Health Work Committees echoed this call, saying that “the crimes against the prisoner Bassam Sayeh and crimes against all prisoners at the hands of the interrogators and jailers are crimes against humanity that require action and prosecution in international courts. The occupation’s treatment of sick prisoners is only a policy of slow execution that requires all to uphold their responsibilities. They are denied the minimum elements to sustain human life, putting their lives at risk even after liberation.”

There are approximately 700 sick Palestinian prisoners in Israeli jails, including 160 seriously ill with chronic diseases who require specialized treatment and 25 with cancer.

Samidoun Palestinian Prisoner Solidarity Network mourns the loss of Bassam Sayeh. His life was not taken by cancer alone, but by systematic abuse, mistreatment and neglect. We note that his death is part of the systematic violence of medical mistreatment and abuse in Israeli prisons. The Israeli state holds full responsibility for the death of Bassam al-Sayeh and must be held accountable. We urge all supporters of justice in Palestine to organize and demand freedom and justice for nearly 6,000 Palestinians held in Israeli jails – and freedom and justice for Palestine.