Home News Join the Twitterstorm on 5 June: On #Naksa anniversary, #StopSettlements and Stop...

Samidoun Palestinian Prisoner Solidarity Network will be joining in the following social media campaign on Twitter on Friday, 5 June 2020, initiated by Palestinian organizers in Gaza. We urge all supporters of Palestine to join us in this online action alongside demonstrations and other actions to reject Israeli annexation and settlements on the 53rd anniversary of the Naksa, the 1967 occupation of Palestine’s West Bank, Gaza Strip and Jerusalem.

Israel’s ethnic cleansing of Palestine is ongoing to this day.

On the 53rd anniversary of the “Naksa” (the 1967 occupation of Palestine’s West Bank, Gaza Strip and Jerusalem),

please join us on June 5, 2020 to express your solidarity with the Palestinian people and to reject the Israeli annexation by: 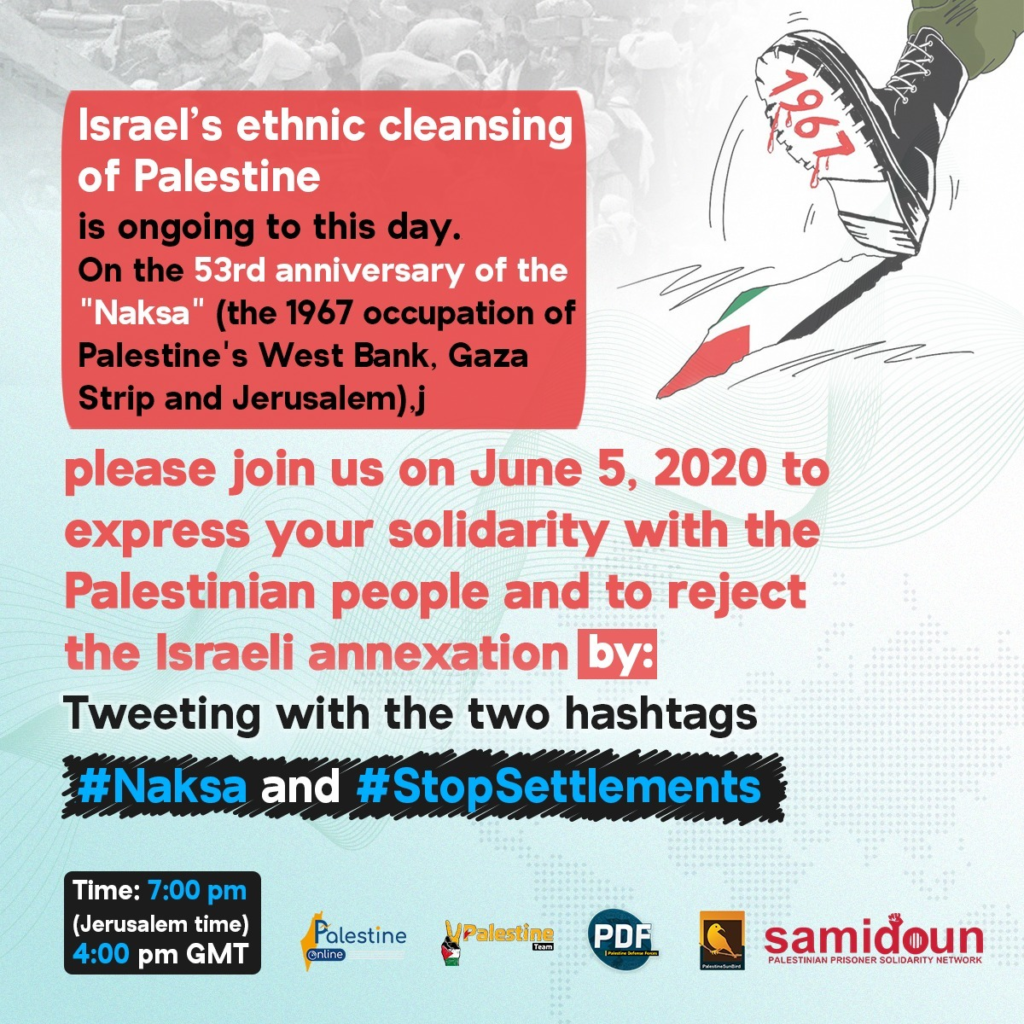