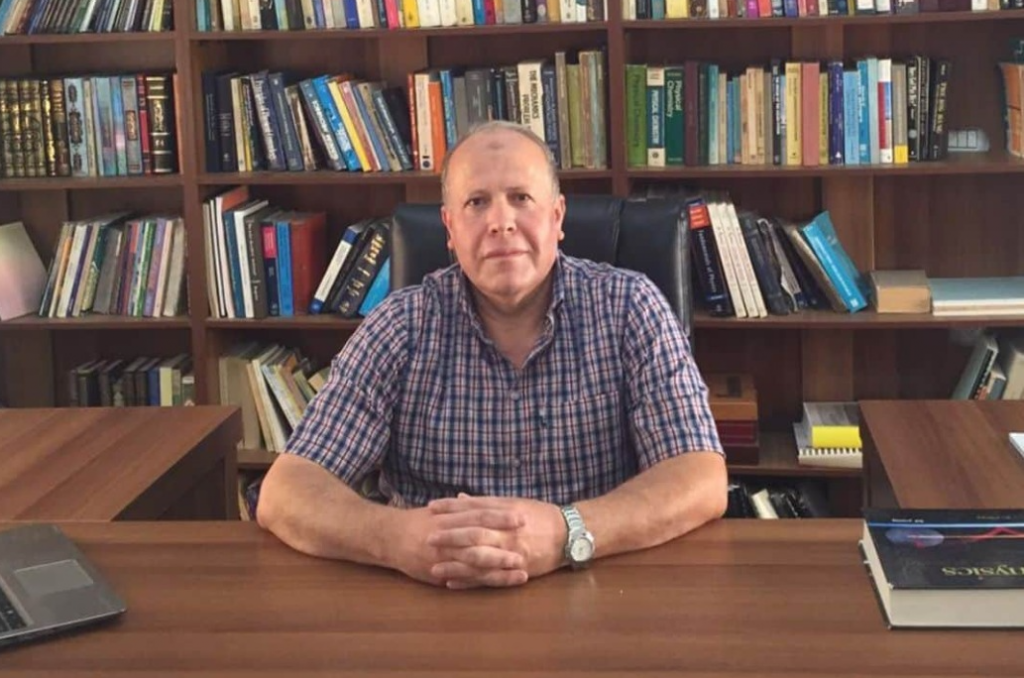 On Thursday, 16 July, Palestinian astrophysicist Imad Barghouthi was once again seized by Israeli occupation forces when he was stopped at a checkpoint in occupied Anata. The repeated arrests and targeting of Barghouthi, a scientist with a strong international reputation, has sparked outrage by international academics and researchers. He is expected to be brought before an Israeli military court on Thursday, 23 July. Samidoun demands the immediate release of Imad Barghouthi and all detained Palestinian scientists, academics, researchers and students!

A professor of physics at Al-Quds University, Barghouthi is a former NASA employee (who earned his Ph.D. at Utah State University) who has been targeted for multiple occasions for imprisonment. Palestinian students, researchers and academics continue to face harsh repression from the Israeli occupation, including researchers like Ubai Aboudi and the hundreds of Palestinian students currently jailed by Israel.

In many cases, detained academics and researchers are jailed without charge or trial under administrative detention orders, which are indefinitely renewable – Palestinians spend years at a time jailed without ever being charged or tried. If they are instead brought before an Israeli military court, they face a 99.74% conviction rate, “evidence” obtained through torturous interrogations and bogus charges for things like posting on Facebook or attending public events organized by student organizations.

The detention of Imad Barghouthi and his fellow Palestinian scholars and students reflects the ongoing and fundamental denials of of Palestinian rights to education and academic freedom, underlining the necessity of the international academic boycott of Israeli academic institutions. Such institutions are deeply complicit in the structures of occupation that deny Palestinian human rights at all levels.

We urge supporters of justice in Palestine and the right to science everywhere to stand with Imad Barghouthi and join the call for his freedom.

We are recirculating the following statement, released today by Scientists for Palestine, about the case of Imad Barghouthi, as well as further resources on the case.

A violation of the right to science anywhere is an attack to scientists everywhere.

On Thursday, July 16th 2020, renowned Palestinian scientist Imad Barghouthi was detained by Israeli military forces during a routine stop at a military checkpoint outside of Anata. A military court hearing is scheduled for Thursday July 23rd to discuss the case of professor Barghouthi, an astrophysicist at the university of Al-Quds in East Jerusalem. No charges have been brought against him and his lawyer fears that he will be put under administrative detention, an illegal measure commonly used by the Israeli military forces to put Palestinians in arbitrary detention without any charges or trials.

This is not the first time that the Israeli military forces have arrested professor Barghouti, one of Palestine’s most prominent scientists. In 2014 he was placed under administrative detention for two months, and in 2016 he was again detained for six months. In both cases his arrest triggered a significant indignation of the international Scientific community.

Scientists for Palestine condemns the continuous and arbitrary harassment of Professor Barghouthi in the strongest possible terms and calls on all members of the International Scientific community to demand the immediate release of our colleague. The right to science is protected under the Universal Declaration of Human Rights (article 27), as well as the International Covenant on Economic, Social and Cultural Rights (article 15). The violation of the right to science anywhere is an attack to scientists everywhere.