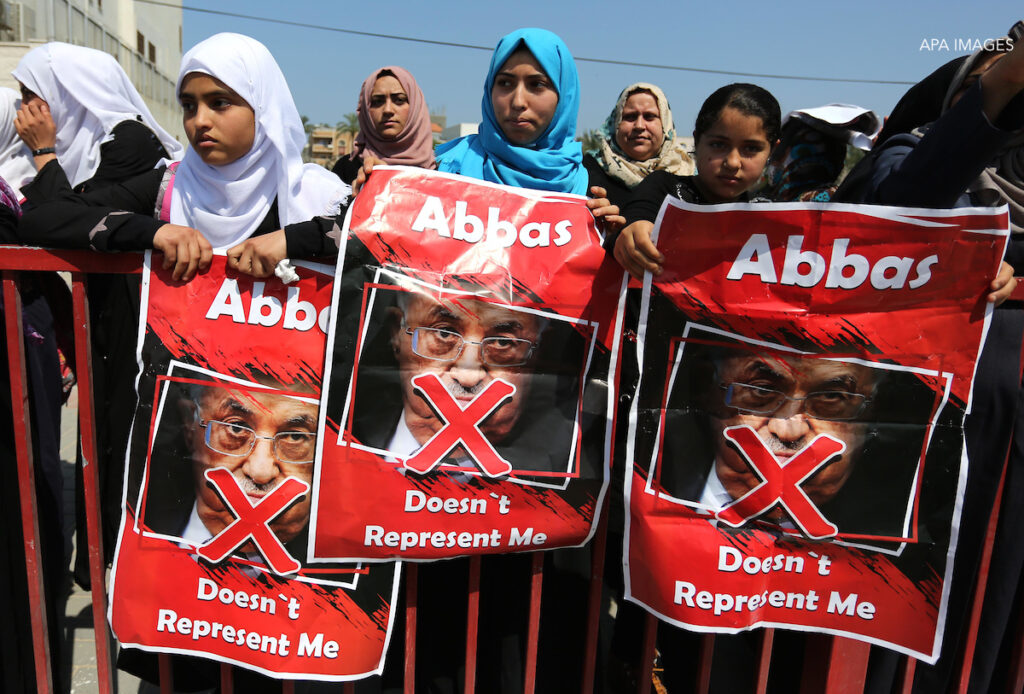 Your signature is invited!

We reject this speech for the following reasons:

The U.S.-Zionist-Arab reactionary liquidation project mandates an exceptional Palestinian response to bring together all of the Palestinian masses in occupied Palestine, in diaspora and in exile. The statements and positions taken in the speech of the President of the Palestinian Authority are nothing more than a sterile repetition of previous statements that do not meet the minimum goals and aspirations of the Palestinian people. They do not respond to the necessity of putting the Palestinian national house in order or any of the other national, political and organizational challenges that must not be subjected to further procrastination and delay, first of which is the election of a new Palestinian National Council.

This came at a time when some expected, instead of this mere repetition, an announcement of the cancellation of the treacherous and disastrous Oslo accords and the withdrawal of the official Palestinian recognition of the Zionist entity! Some even may have expected that those who engineered and personally signed the Oslo agreement at the White House on 13 September 1993 would apologize to the Palestinian people and the Arab nation for this treacherous action, and assume their political and historical responsibilities for the failure of the negotiations maze, and for squandering the achievements of our people during a lengthy period of over a quarter of a century.

This corrupt official approach that controls all of the Palestinian national institutions once again insists on promoting its project of surrender, relinquishing 78% of the historic land of Palestine and continuing its reliance on the illusions of negotiations and the so-called “Arab initiative,” continuing the practice of “security coordination” and the targeting of resistance through the pretext of preventing “security chaos” in the West Bank.

Further, this approach continues to evade all national obligations (such as rebuilding the Palestine Liberation Organization, electing a new Palestinian National Council and ending security coordination) by using broad and vague language, holding these fundamental rights hostage to the decisions of one group  that dominates the Palestine Liberation Organization at present, but does not represent a national or popular consensus or respect the free popular will of the Palestinian people.

Accordingly, our struggling Palestinian people, and with them, their national forces, cannot advance toward a meaningful national unity that will confront the great historical challenges of this stage except by turning the tables and blocking the U.S.-Zionist schemes and by adopting radical positions that confront the Arab reactionary regimes’ positions. It must establish a new stage of struggle –  in word and  in deed – against the policies of Trump-Netanyahu-Bin Salman, the axis of the American camp in the region.

Our Palestinian people, despite all the significant historical difficulties and challenges they have faced, have in the past and will continue to be able in the present and the future, to resume their project of liberation and return, restore their land and property, and exercise their natural right to self-determination on their homeland by establishing the state of Palestine on the entire land of Palestine and liberating its eternal and unified capital, sacred Jerusalem.

This is the national liberation project that unites all of our people, and it is the revolutionary project that, under its banners and for its achievements, hundreds of thousands of martyrs have struggled, among whom are those who fought over the past decades and confronted the settler-colonial project with weapons, stones, words and all forms of resistance.

We, Palestinian and Arab institutions, associations and organizations in Palestine and in exile and diaspora, and in response to this meeting, confirm that the true national exit for the current Palestinian crisis and the state of national disintegration and fragmentation is through the following:

First, the immediate and clear declaration of the failure of the Oslo approach and experience, the withdrawal of official recognition of the occupation state, ending “security coordination,” and the explicit recognition of the need to open a new path of struggle based on adherence to national principles, the path of resistance and liberation, and building national institutions that unify our people.

Second, the formulation of a unified national strategy as an alternative to the Oslo program and the so-called “two state solution.” Its goal is to activate all forms of resistance, including strengthening the capabilities of the armed resistance in the occupied West Bank, the popular struggle, and the international boycott movement, to confront occupation attacks, colonialist settler hordes and plans for liquidation, plunder and annexation.

Fourth, to end all unjust policies that have exacerbated the suffering of our brave people in the Gaza Strip, suffering under siege and aggression, and ending the policies of neglect and exclusion of the rights of our people in the diaspora, especially in the camps and among refugees everywhere.

Fifth, centering the right of return, the rights of refugees, the rights of the prisoners and the achievement of their liberation, as national priorities that cannot be postponed.

We address this statement and message to all of the Palestinian resistance forces and national institutions, and, through them, to the supporters of the path of resistance and liberation everywhere, in order to come together, unite and work for the election of a new Palestinian National Council that will restore respect for the Palestinian National Charter, consolidate the unity of our people and their institutions in Palestine and in exile and diaspora, and liberate them from the domination and hegemony of the Oslo clique and the devastating “administrative self-rule project. “

This is a historical responsibility at a time of torment and blood. Victory is inevitable for our struggling Palestinian people, in the long term or in the short term.

The statement will be issued in the names of all the signatories in the coming days.

Palestinian organizations, institutions and associations in the homeland and diaspora