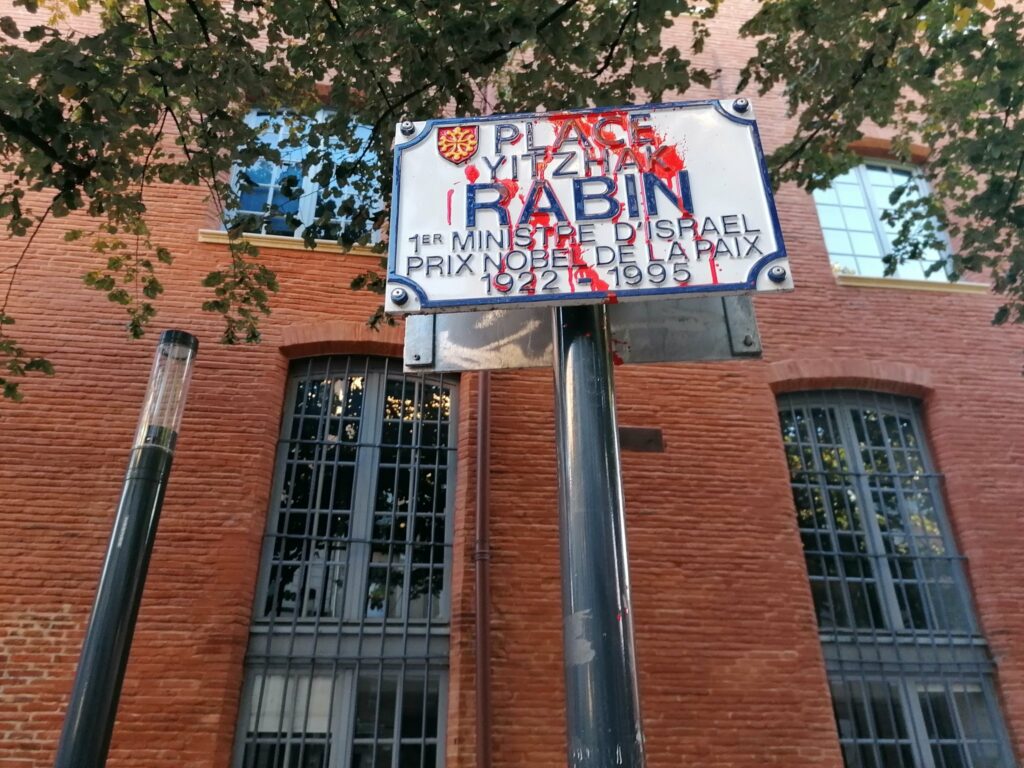 The following report is republished from the French original at Collectif Palestine Vaincra, a member of the Samidoun Network based in Toulouse, France: 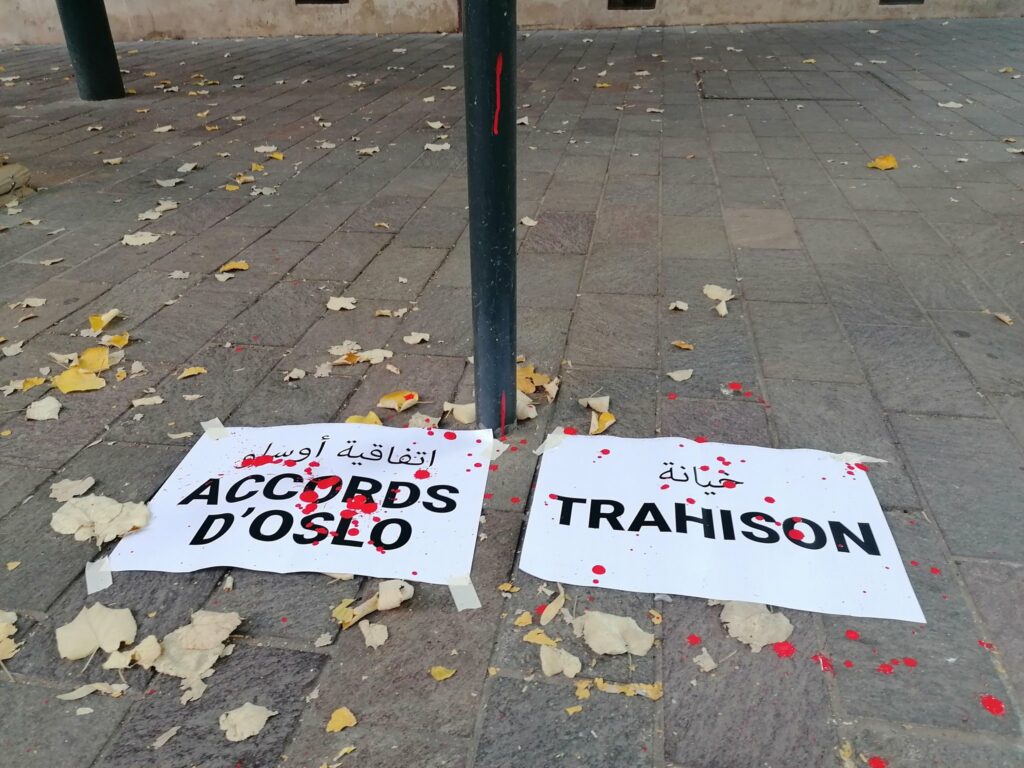 On 13 September 1993, the Oslo Accords were signed between Yitzhak Rabin and the Palestine Liberation Organization (PLO) leadership. A betrayal of the historic demands of the Palestinian national movement, these agreements have resulted in even more Israeli crimes. On 13 September 2020, 27 years later, the plaque in tribute to the Israeli war criminal Yitzhak Rabin in the city center of Toulouse were found covered in red paint, a symbol of the blood of the Palestinian people spilled for the last 27 years.

Samidoun Palestinian Prisoner Solidarity Network issued a statement on the 27th anniversary of the Oslo accords. 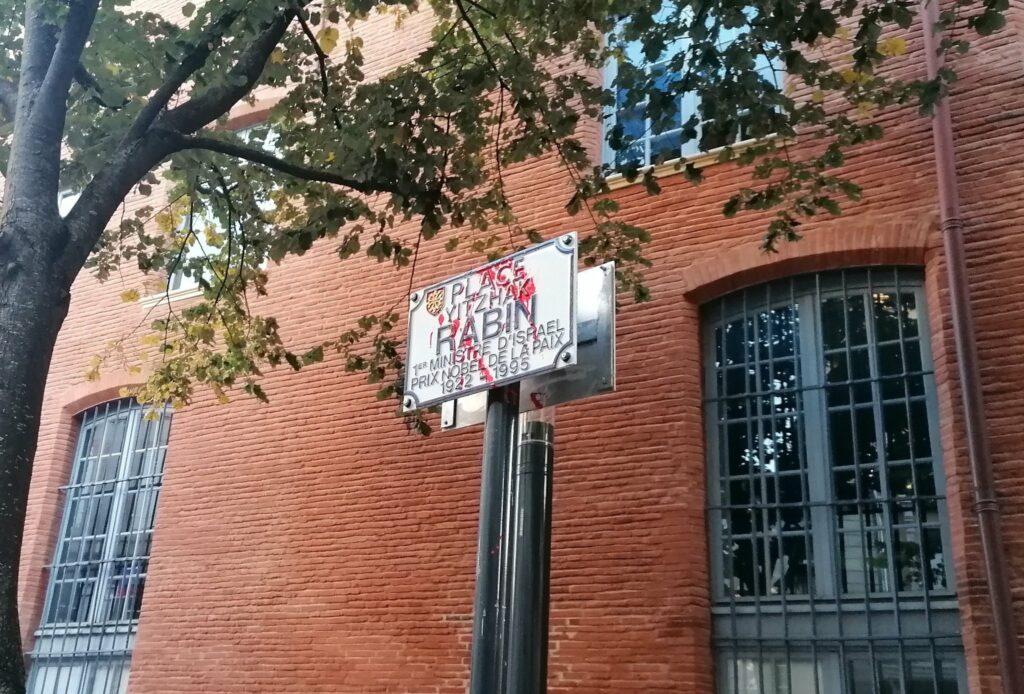 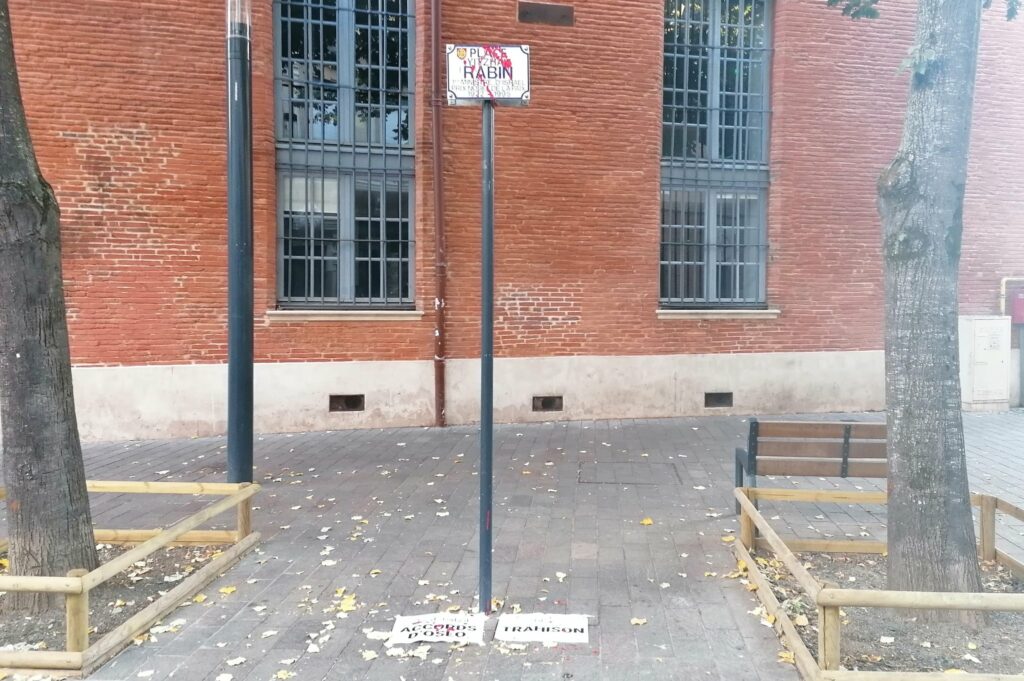