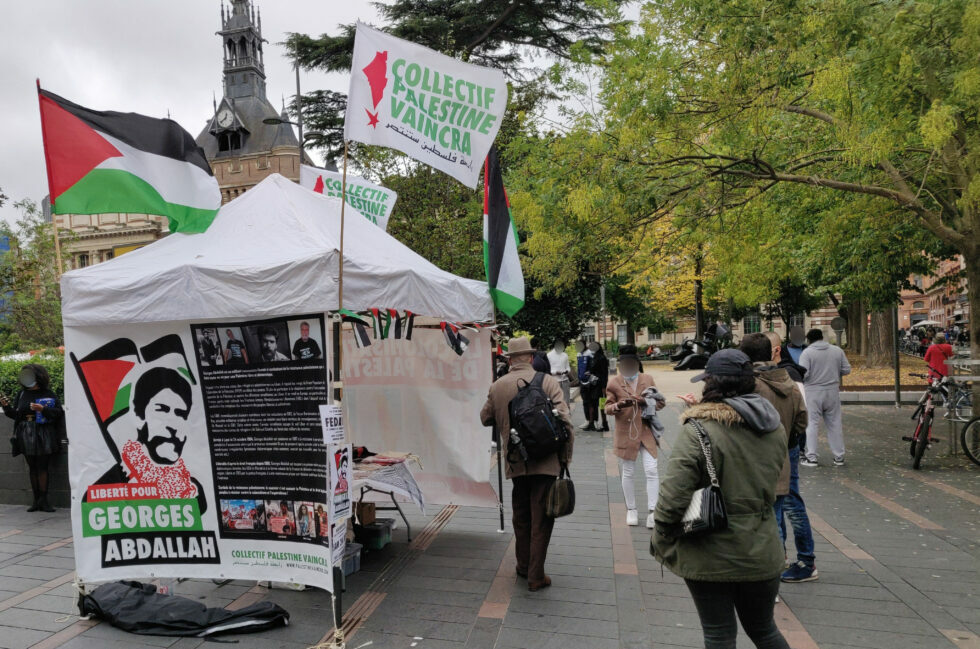 Read the original report in French at Collectif Palestine Vaincra.

On Saturday, 10 October 2020, members and supporters of Collectif Palestine Vaincra organized a stand for Palestine near the exit of the Capitole metro station in Toulouse, France. Collectif Palestine Vaincra, a member organization of the Samidoun Network, held the stand in support of the campaign to free Georges Ibrahim Abdallah, as part of the international month of action for his liberation and in preparation for the national march in Lannemezan, where he is jailed, on 24 October. 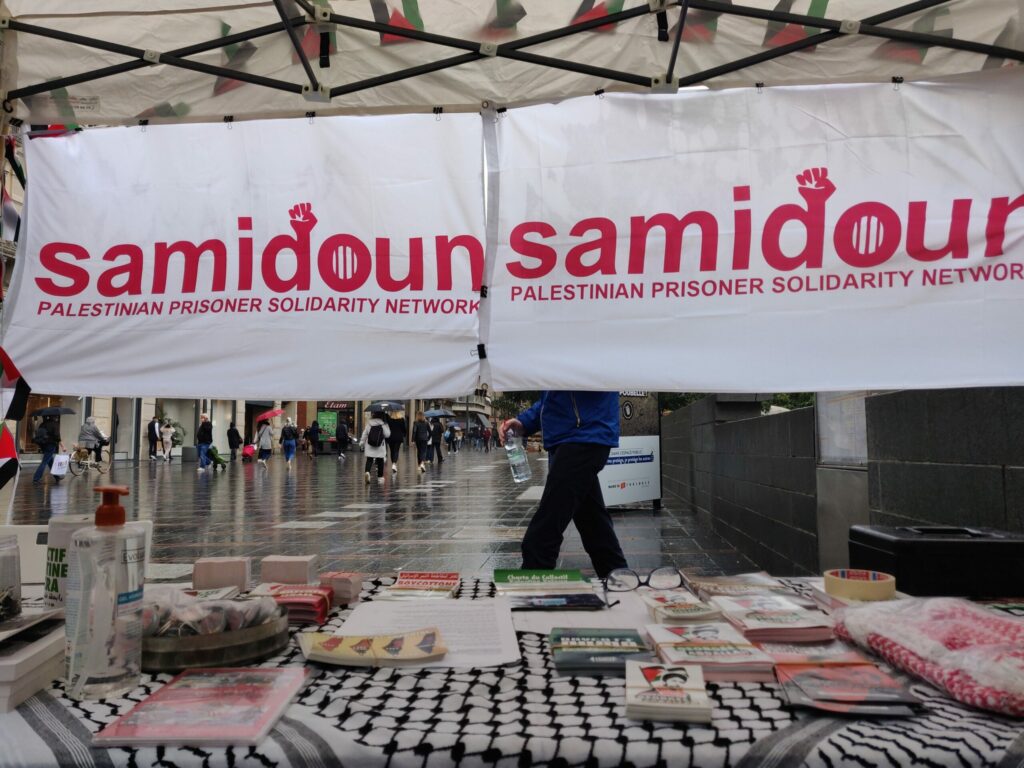 A Lebanese Communist committed to the Palestinian resistance, he has been imprisoned in France for 36 years and eligible for release for the past 21 years. For over 2 hours, participants distributed hundreds of flyers and discussed widely with dozens of passers-by. Many people were already aware of the case of Georges Abdallah and were outraged by the political intransigence of the French government. Dozens of people took photos with the posters and signs at the stand to show their support for Georges Abdallah and for Palestine.

The information table also drew significant interest, despite the rainy weather. Many mini-guides for the boycott of Israel, as well as leaflets about the liberation of Palestinian prisoners, were distributed to people in support of Palestinian liberation. Two large banners explained the history of the colonization of Palestine and of Georges Abdallah’s struggle for freedom. 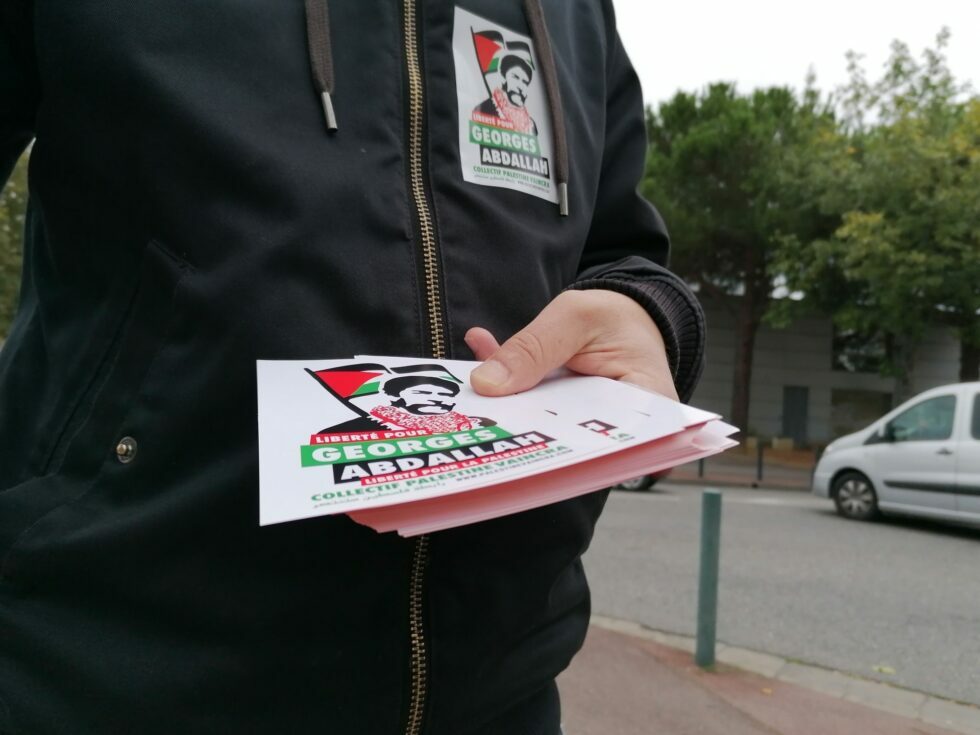 The event also promoted the preview screening of the documentary “Fedayin: The Struggle of Georges Abdallah,” in the presence of the director and film crew on Thursday, 22 October at 8:30 pm at the American Cosmograph cinema in Toulouse, as well as the 24 October demonstration in Lannemezan. 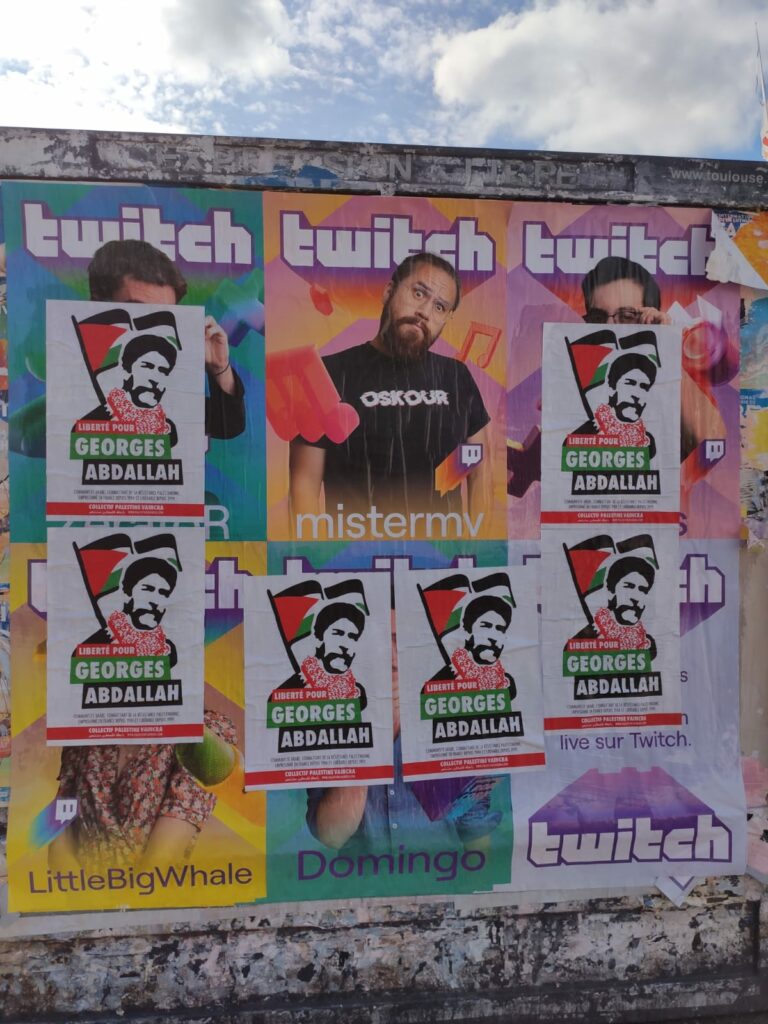 A bus will depart at 11:30 am from Basso Cambo metro in Toulouse; to register for a place on the bus, email collectifpalestinevaincra@gmail.com. 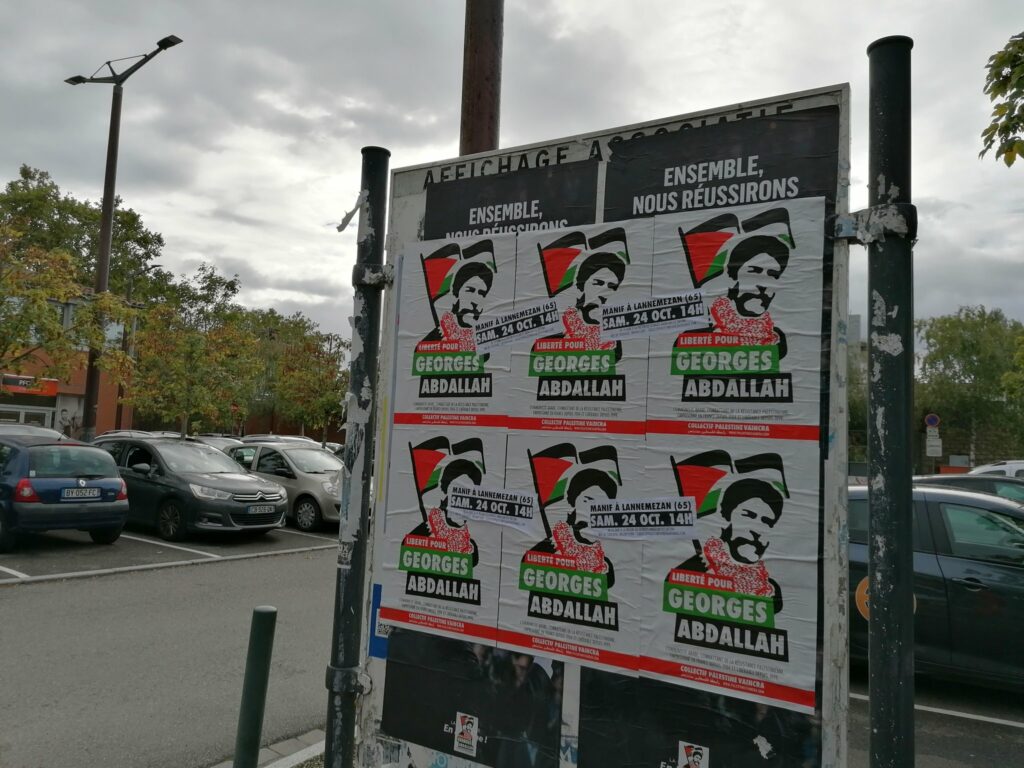 Collectif Palestine Vaincra has also been postering throughout Toulouse to highlight the case of Georges Abdallah, posting images and calls to join these actions in neighborhoods like Mazades, Lalande, Izards and Bonnefoy, joining the day market in Reynerie and Bagatelle, and distributing flyers outside Jean-Jaures metro. 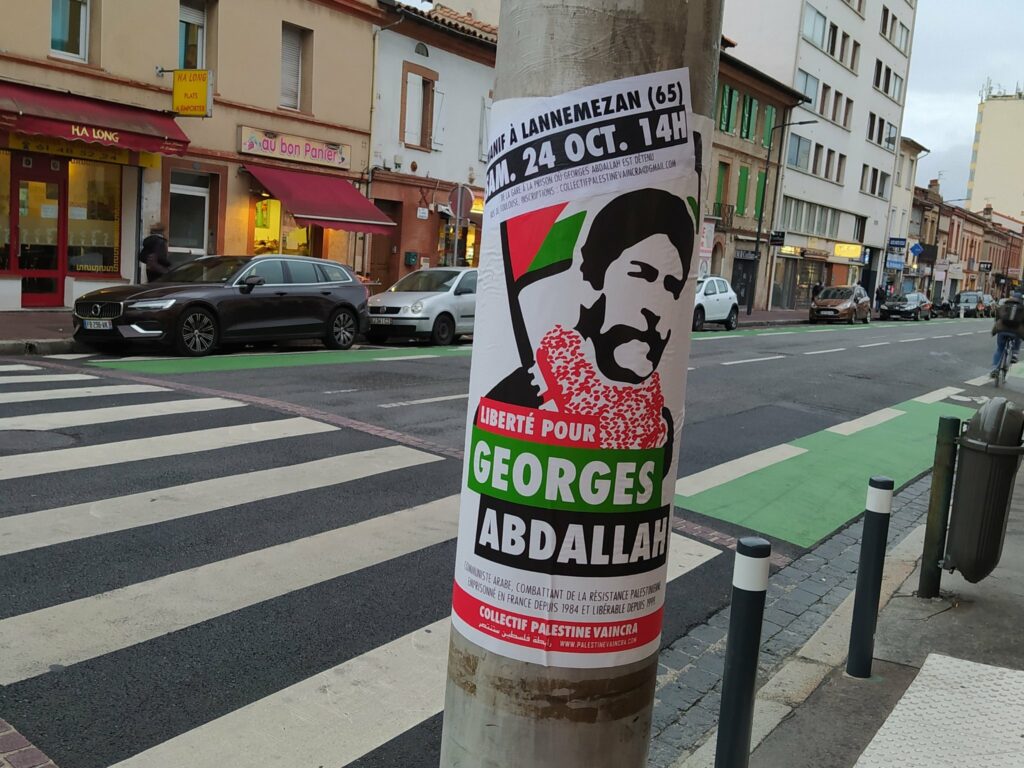