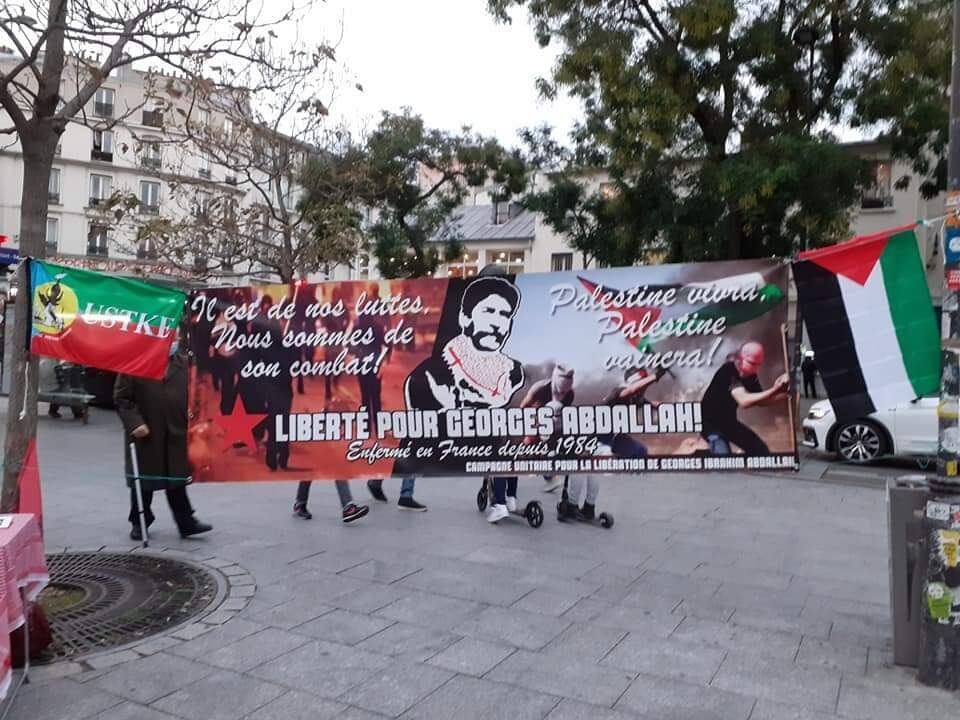 In Paris, the Unified Campaign to Free Georges Abdallah has continued its activities as part of the international month for the liberation of the imprisoned Lebanese Communist struggler for Palestine. Georges Abdallah will have been imprisoned by France for 36 years on 24 October 2020, a date that will be marked by a large national march and rally outside Lannemezan prison. 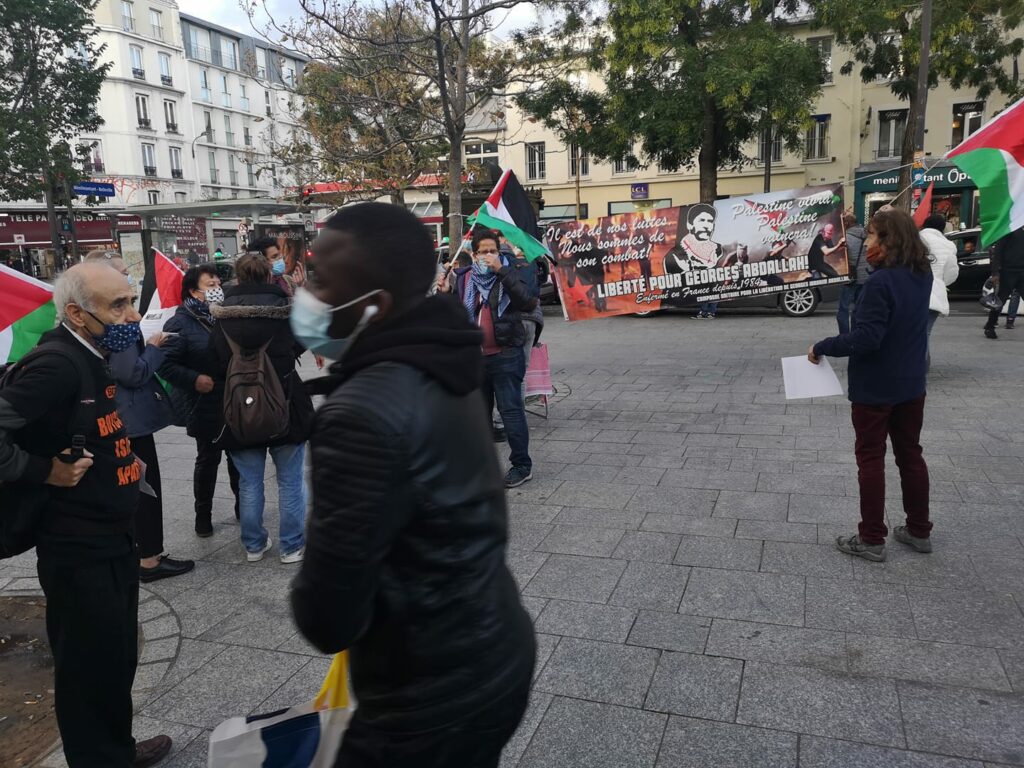 Throughout October, the campaign has organized a series of events and actions to build the movement to demand Abdallah’s release. On 9 October, the campaign organized its second rally in the district of Ménilmontant in Paris, carrying sign, banners and Palestinian flags. The demonstrators were warmly received by people in the neighborhood and distributed information about the campaign.

This protest followed a series of events, including a solidarity statement at a meeting of the Alliance National des Communistes (ANC) calling for an end to French military intervention in Africa on 10 October and participating on 7 October in the Paris protest for the liberation of Mumia Abu-Jamal, Black Liberation political prisoner in U.S. prisons. 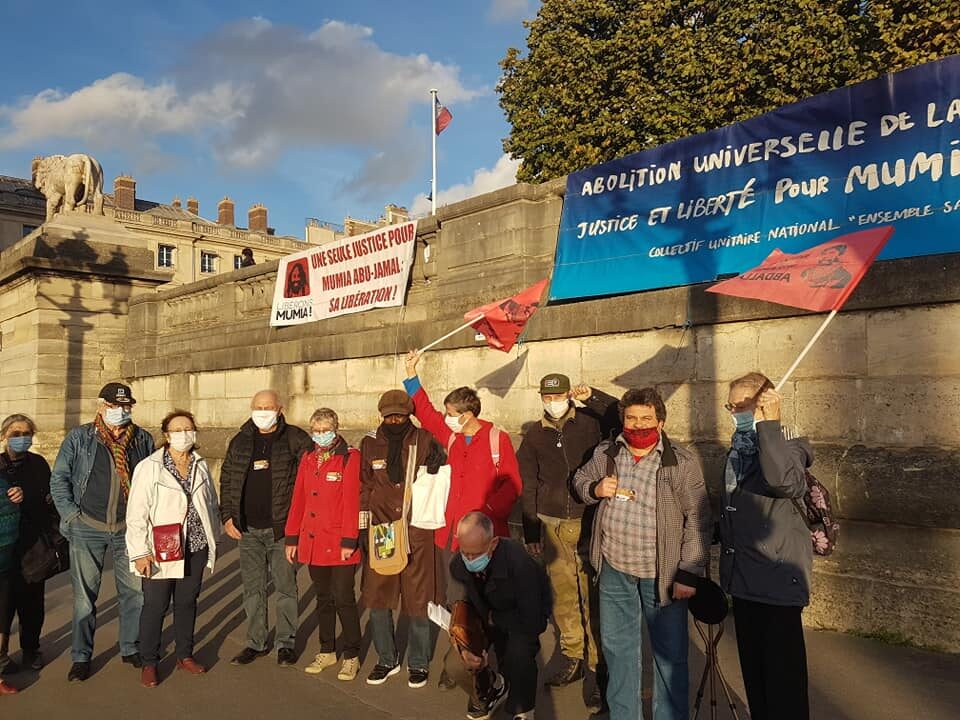 On 2 October, the campaign rallied again at the Place de Ménilmontant, distributing leaflets to people in the community, delivering speeches and chanting slogans for the liberation of Georges Abdallah and the liberation of Palestine. 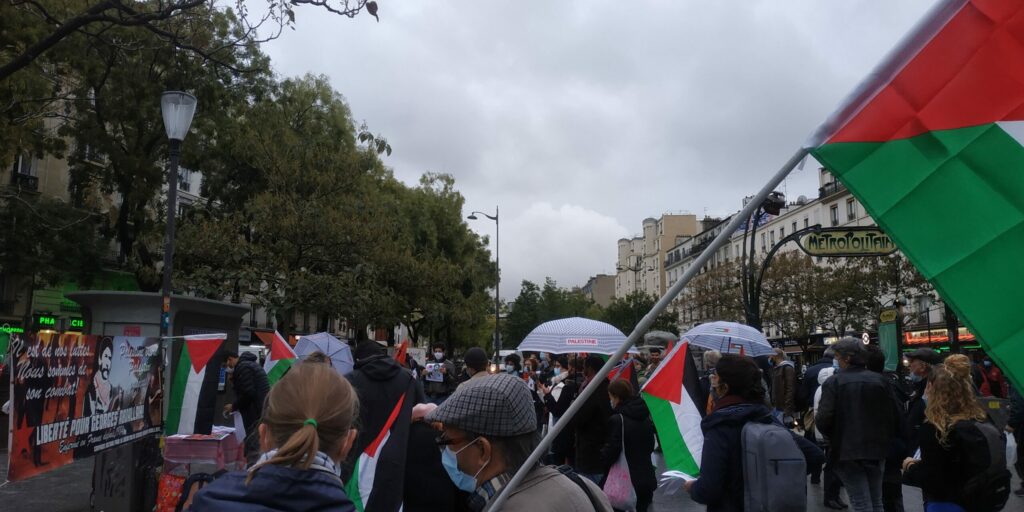 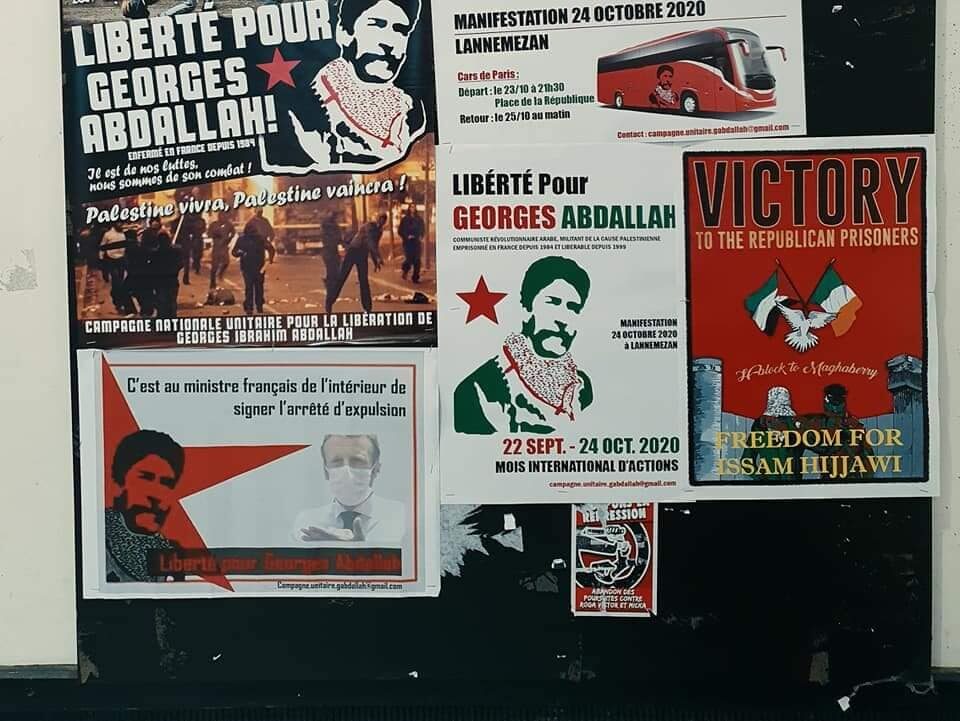 These posters urged Abdallah’s liberation and encouraged students to join the Paris bus to the Lannemezan demonstration. Posters also expressed solidarity with Issam Hijjawi, the Palestinian community organizer jailed as a political prisoner alongside the Saoradh 9 by the British occupation in the north of Ireland, urging his immediate liberation. 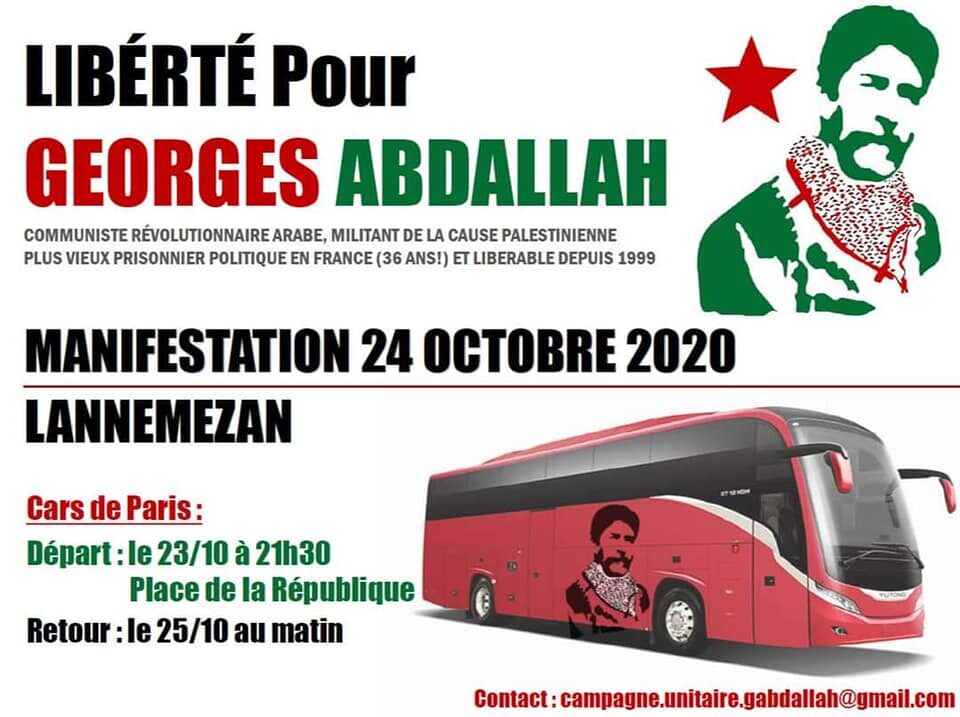 Buses to the demonstration are being organized throughout France. The Paris bus will leave on Friday, 23 October at 9:30 pm and return on Sunday, 25 October in the morning. Tickets are 50 EUR, and a donation campaign is being organized to support greater participation on the bus from Paris.

Other buses are being organized throughout France, including: