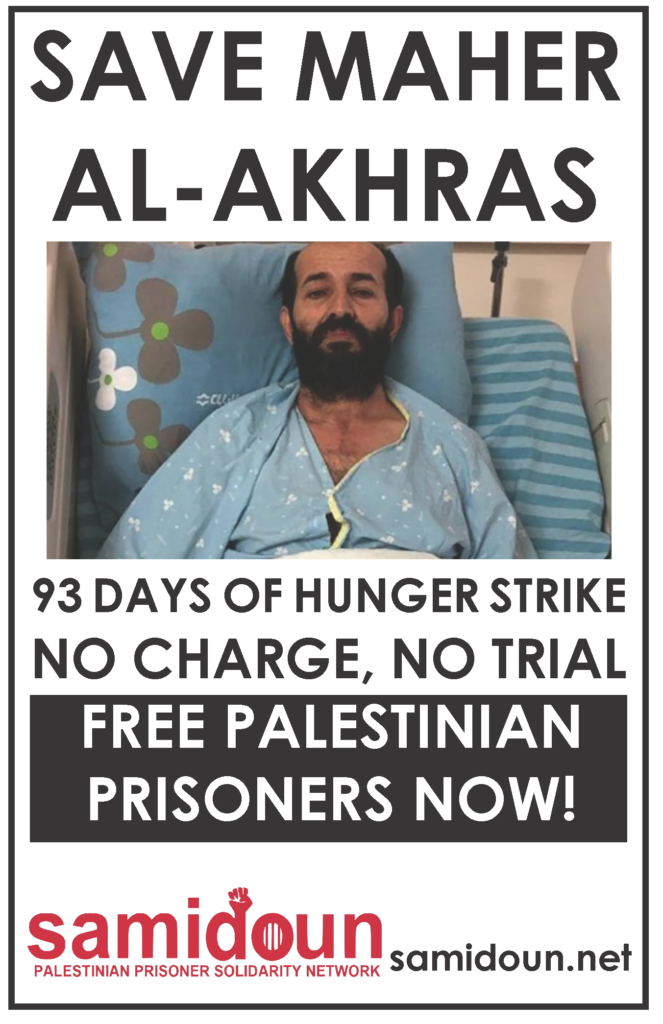 As Palestinian prisoner Maher al-Akhras enters his 93rd day of hunger strike, his situation is increasingly dire, requiring international support and solidarity. Al-Akhras, 49, married and a father of six, launched his hunger strike in July 2020 after being seized from his home by Israeli occupation forces and ordered to administrative detention, Israeli imprisonment without charge or trial. Administrative detention orders, issued on the basis of “secret evidence,” are indefinitely renewable, and Palestinians have spent years at a time jailed with no charge and not even the barest minimum of due process under these orders. There are currently approximately 350 Palestinians held under administrative detention, out of 4,400 Palestinian political prisoners in Israeli jails.

Join over 1,000 people who have already raised their voices to international human rights groups Amnesty International, Human Rights Watch, the International Committee of the Red Cross and the UN High Commissioner on Human Rights to take action for Maher al-Akhras. The ICRC in particular has failed to live up to its responsibilities to protect Palestinian prisoners, calling on the political prisoner jailed without charge or trial to “find a solution” with the occupying power violating his rights.