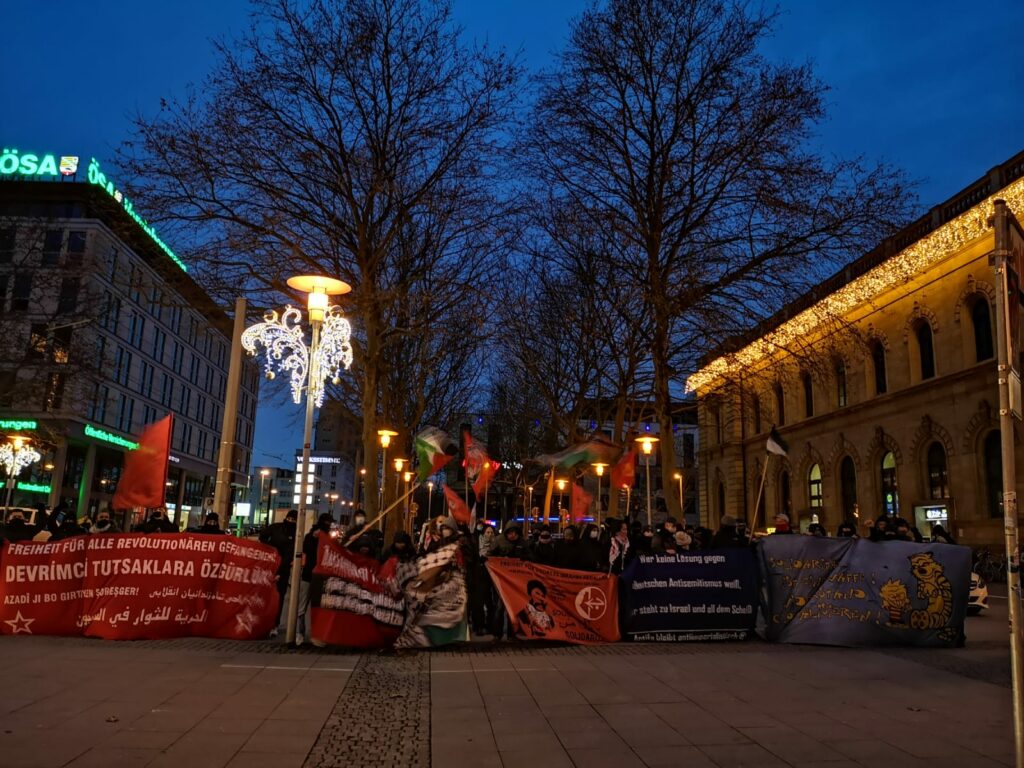 On Sunday, 27 December, marchers in Magdeburg, Germany, protested for justice and liberation in Palestine and freedom for Palestinian political prisoners. Samidoun Deutschland participated in the demonstration alongside a range of organizations, including Kommunistische Aufbau, Infoladen Magdeburg, Internationalistischer Abend, and people from the Netzwerk Freiheit für alle politischen Gefangenen (Freedom Network for all Political Prisoners). 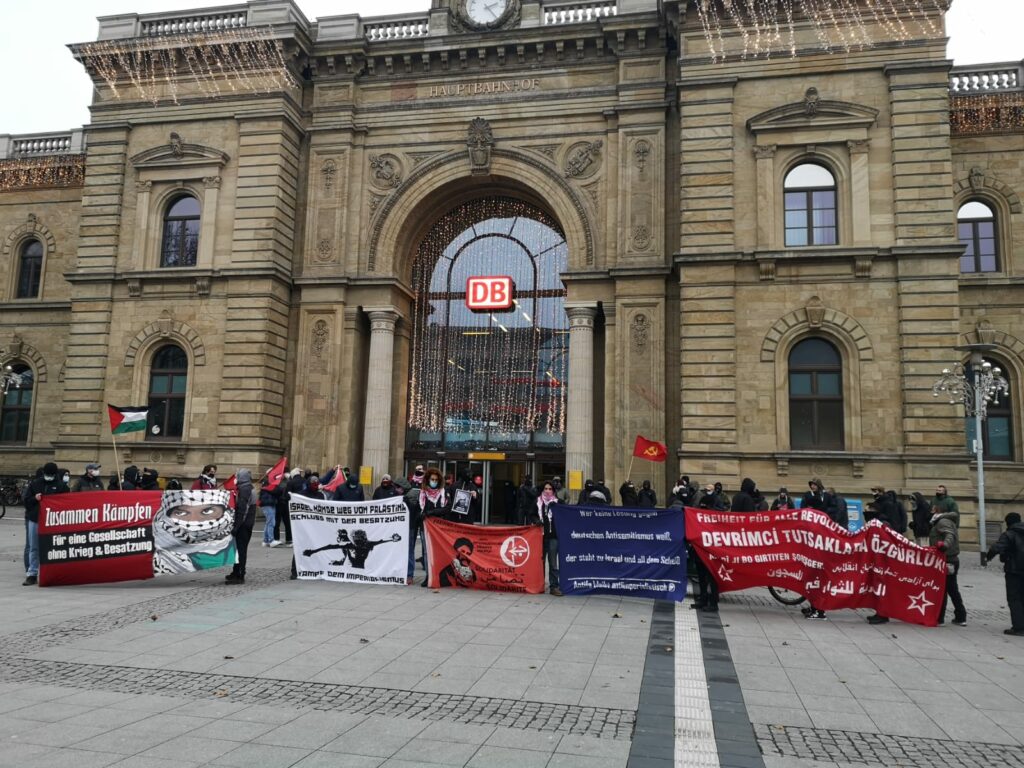 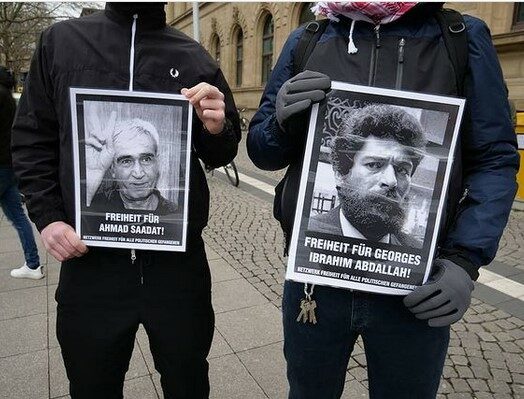 Chants and speeches denouncing the so-called “deal of the century” and the normalization project aiming to bring together U.S. imperialism and other imperialist powers, Israel and reactionary Arab regimes rang through the streets as the protesters marched throughout downtown Magdeburg.

The demonstration had strong participation from youth activists and collectives, despite the holiday weekend and ongoing concerns about the coronavirus pandemic. 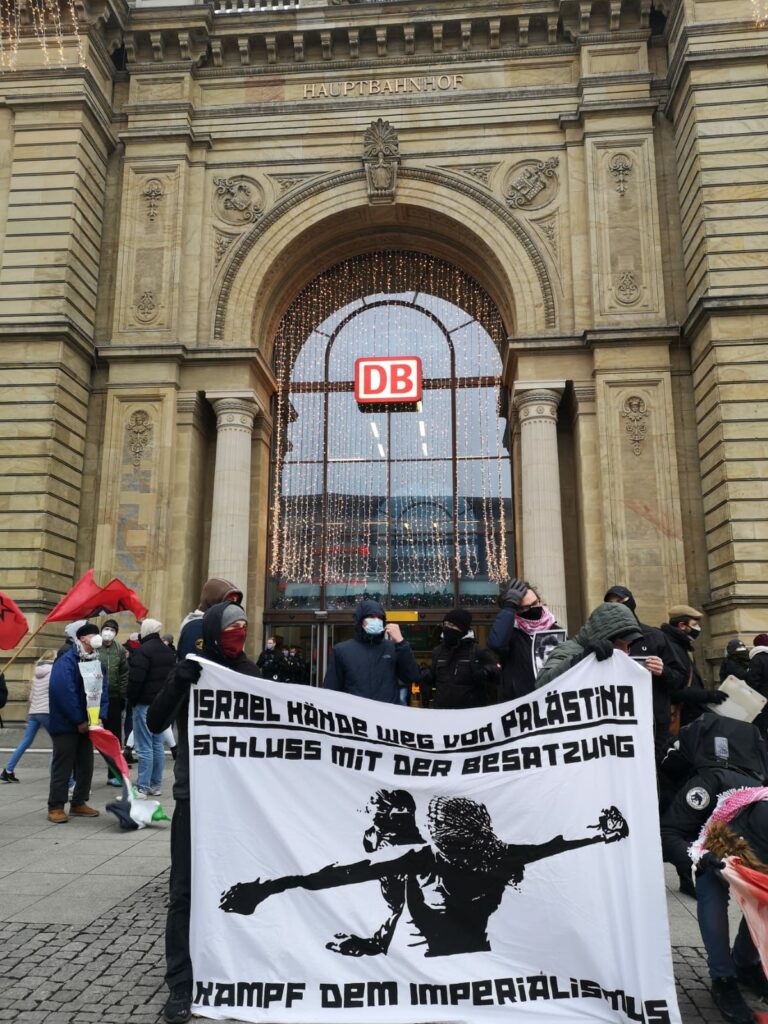 Samidoun Deutschland members affirmed as they marched: “We say, Freedom for Palestine, freedom for all political prisoners, freedom for Khitam Saafin, Georges Abdallah and Ahmad Sa’adat; down with the occupation and apartheid states! None of us are free until we are all free!”