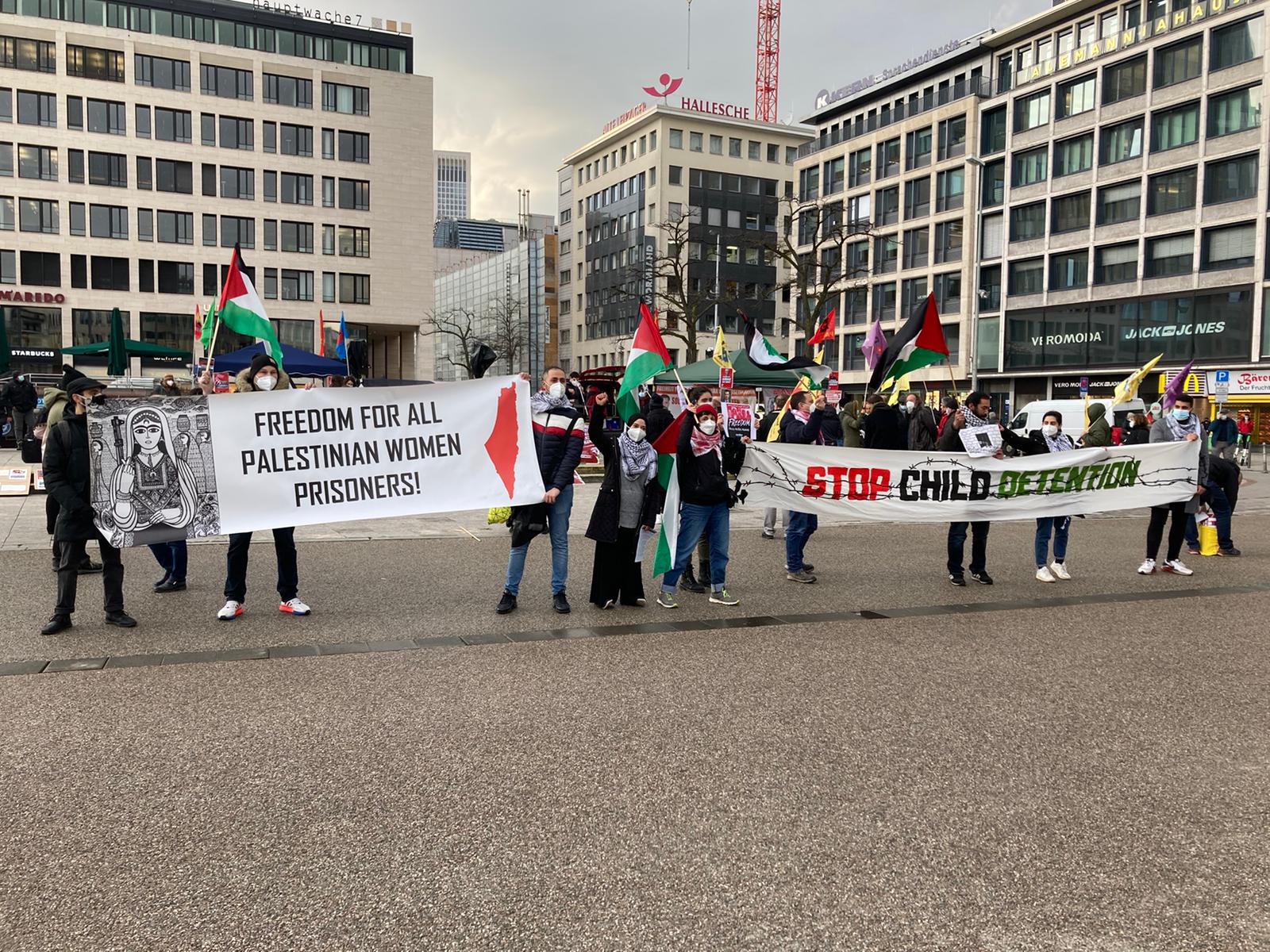 On 18 March 2021, the international day for revolutionary political prisoners, Samidoun Deutschland co-organized three demonstrations in Berlin, Frankfurt and Münster, demanding freedom for all Palestinian prisoners and political prisoners around the world in imperialist and reactionary regime prisons. 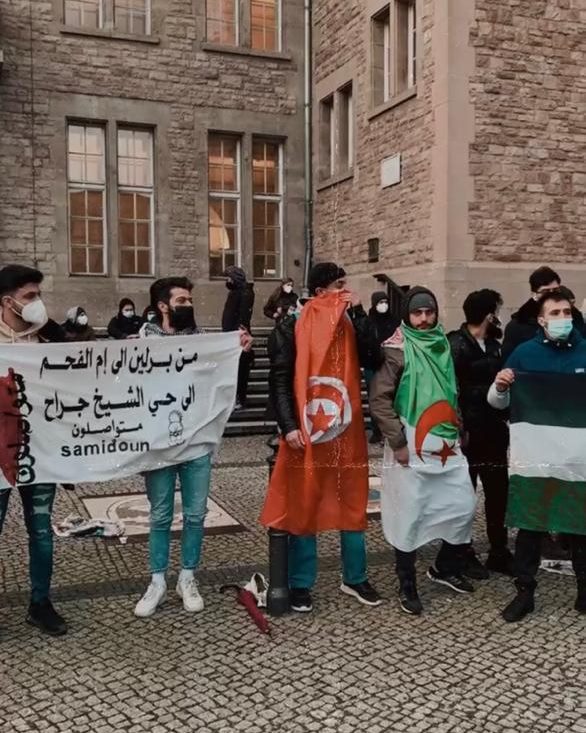 The signs, banners and speeches of Samidoun Deutschland highlighted the various mechanisms of oppression used by the Zionist occupation to target the Palestinian people, including the threatened ethnic cleansing in Sheikh Jarrah, Jerusalem, colonialist policing and violence in Umm al-Fahm, occupied Palestine ’48, to the imprisonment and repression of children and students and the jailing of political leaders. These combine with many other mechanisms that affect every detail of Palestinian life inside occupied Palestine and in exile and diaspora. 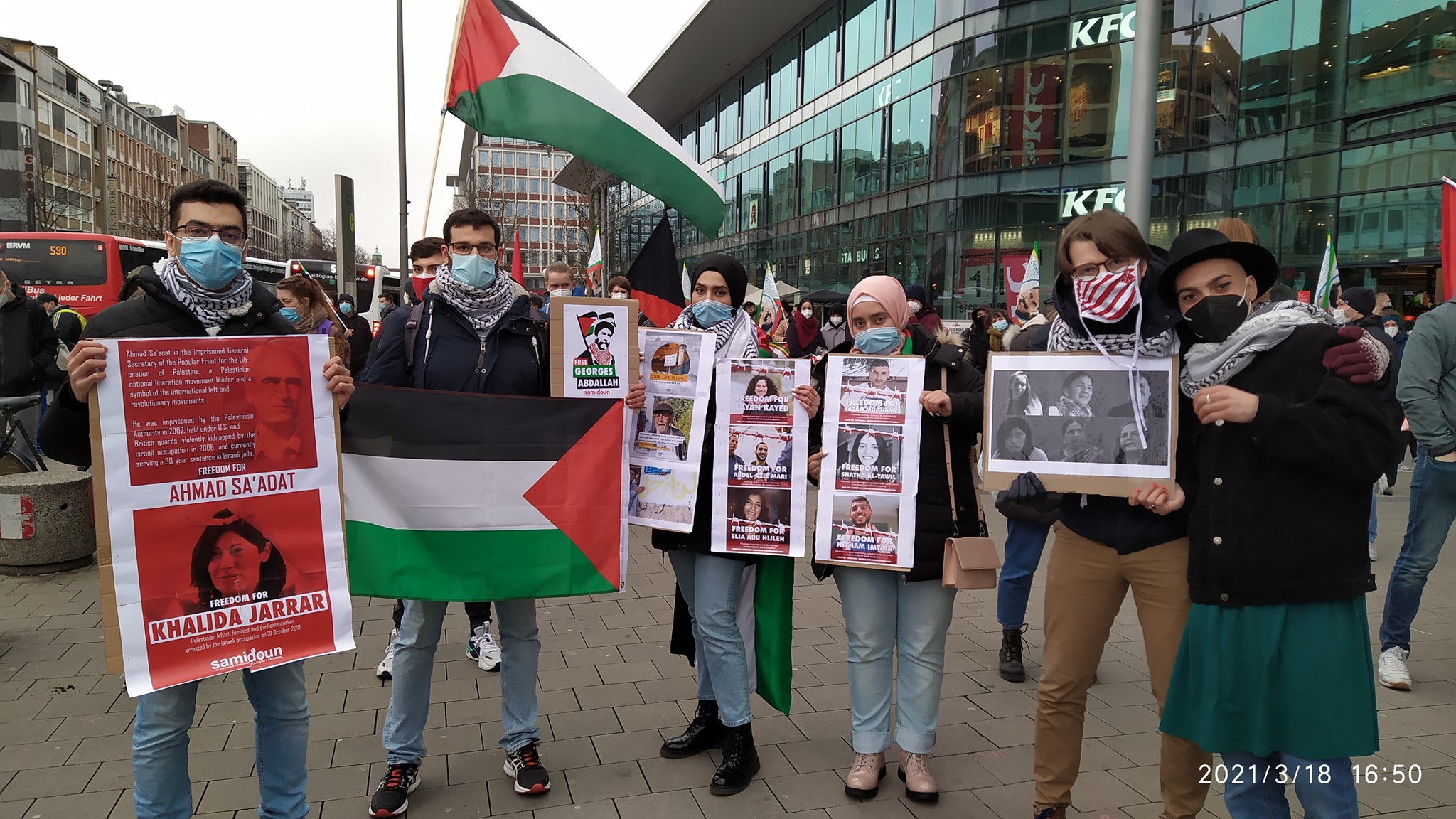 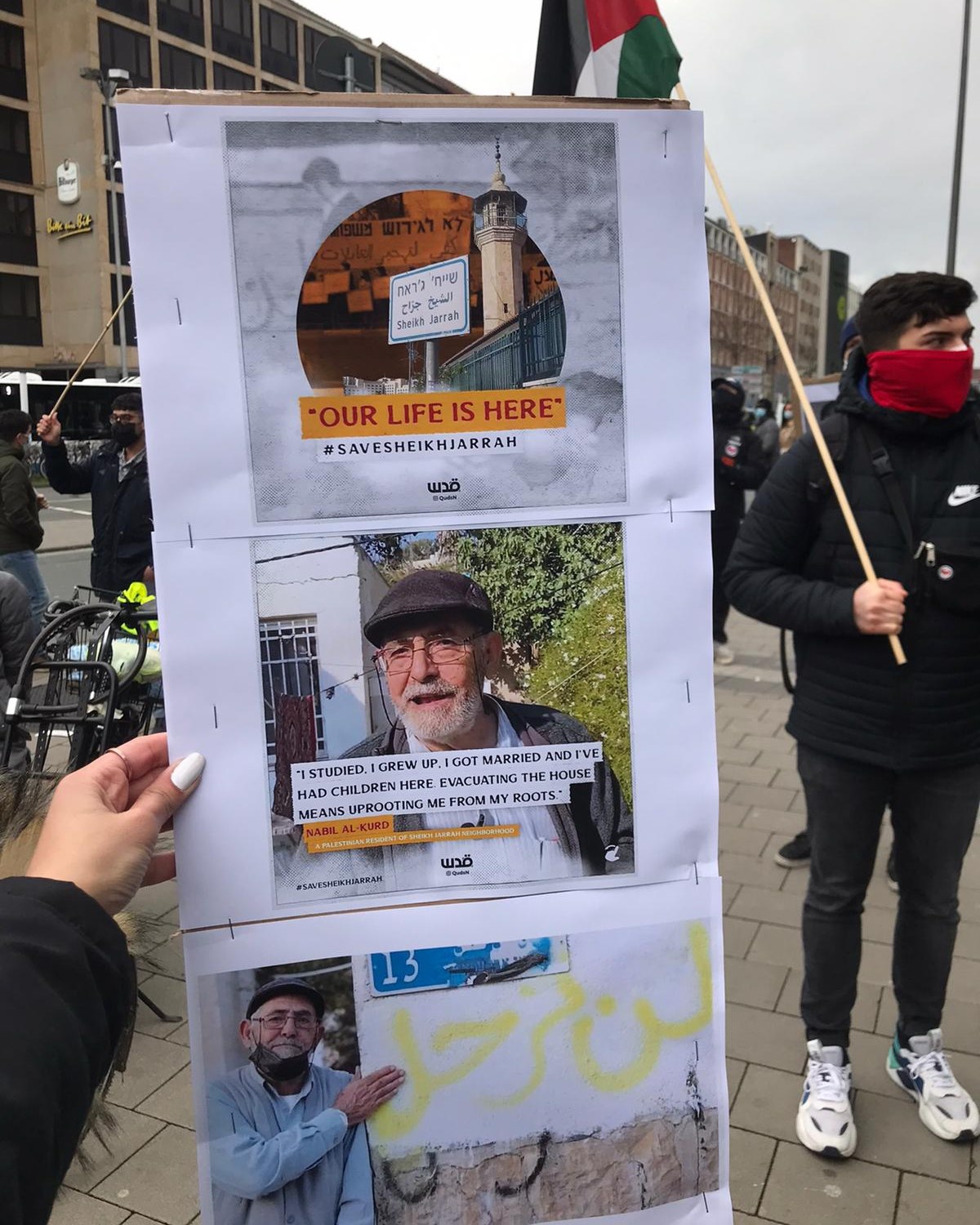 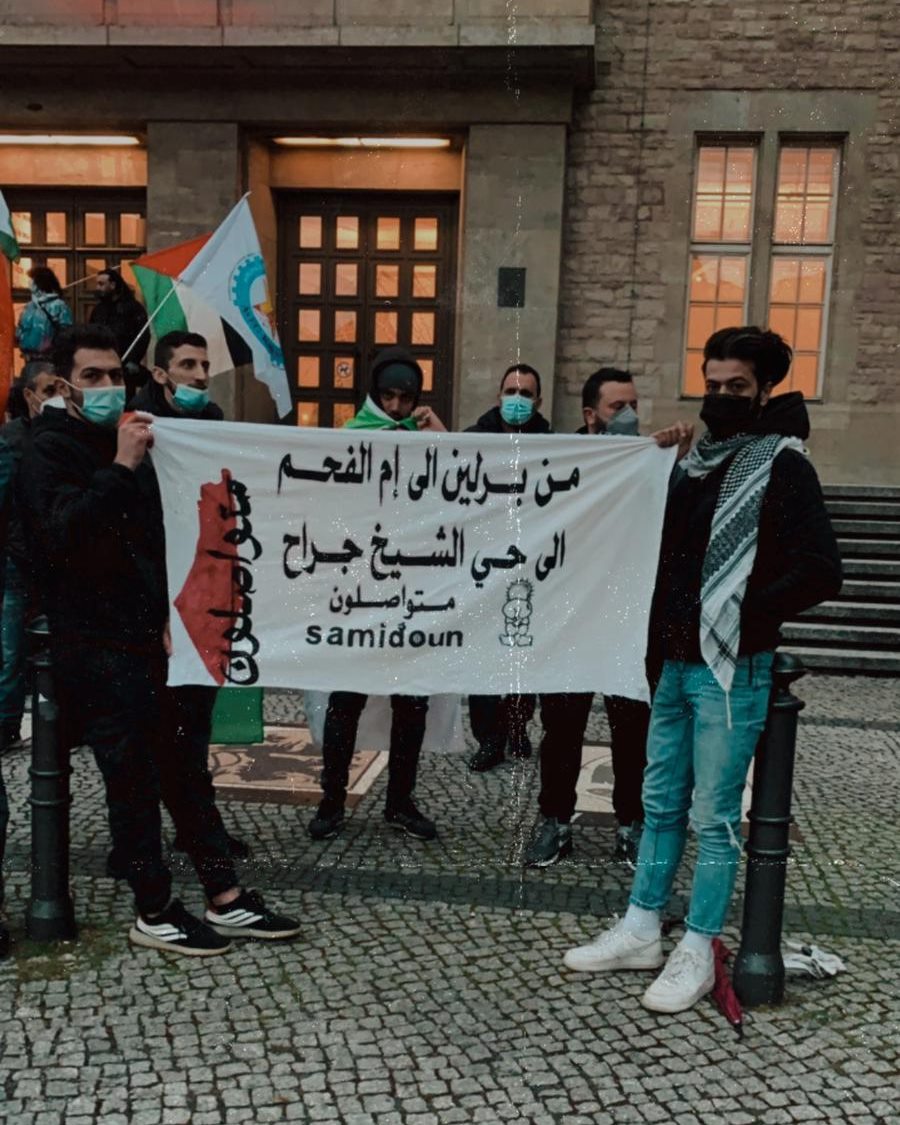 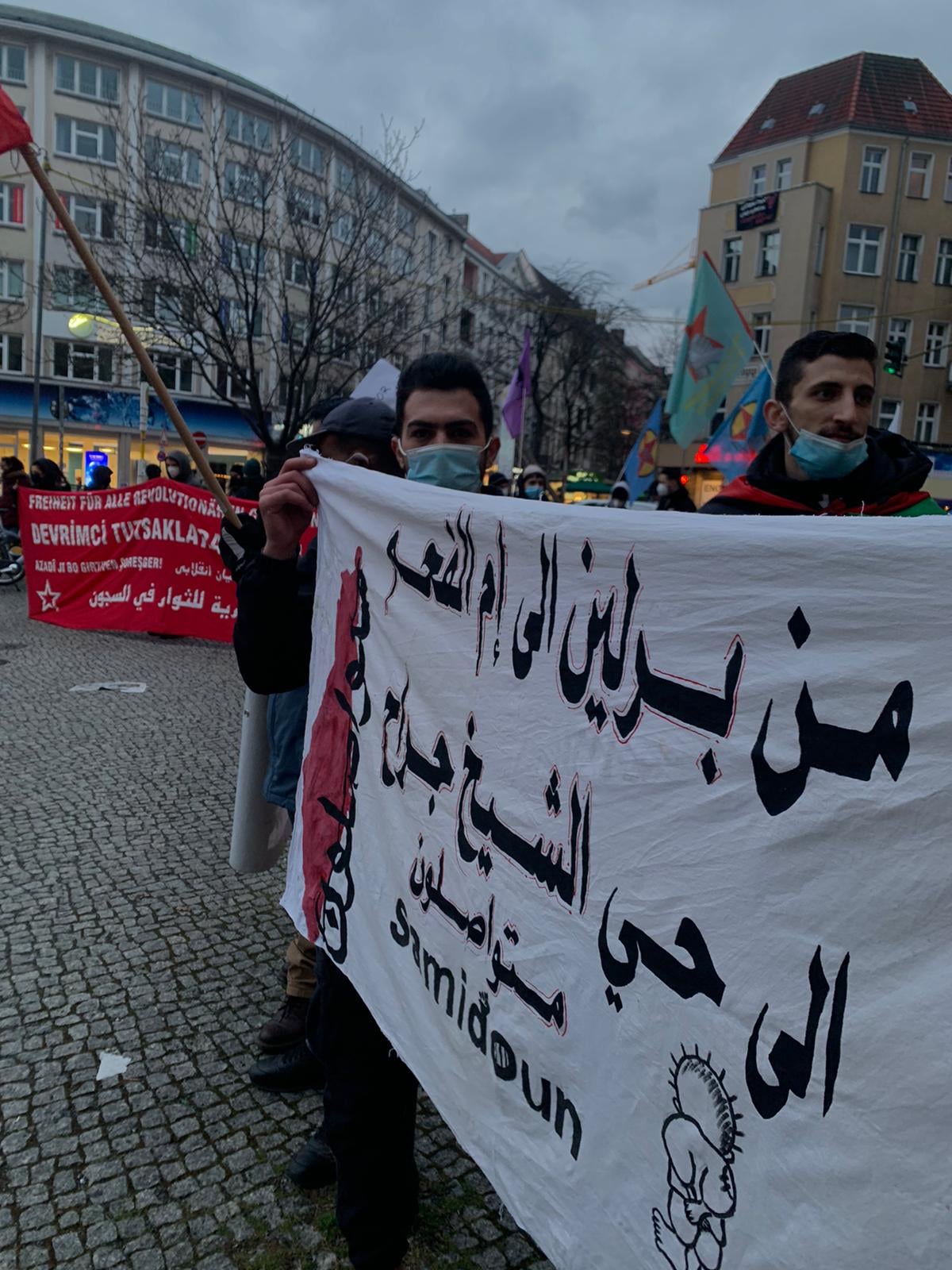 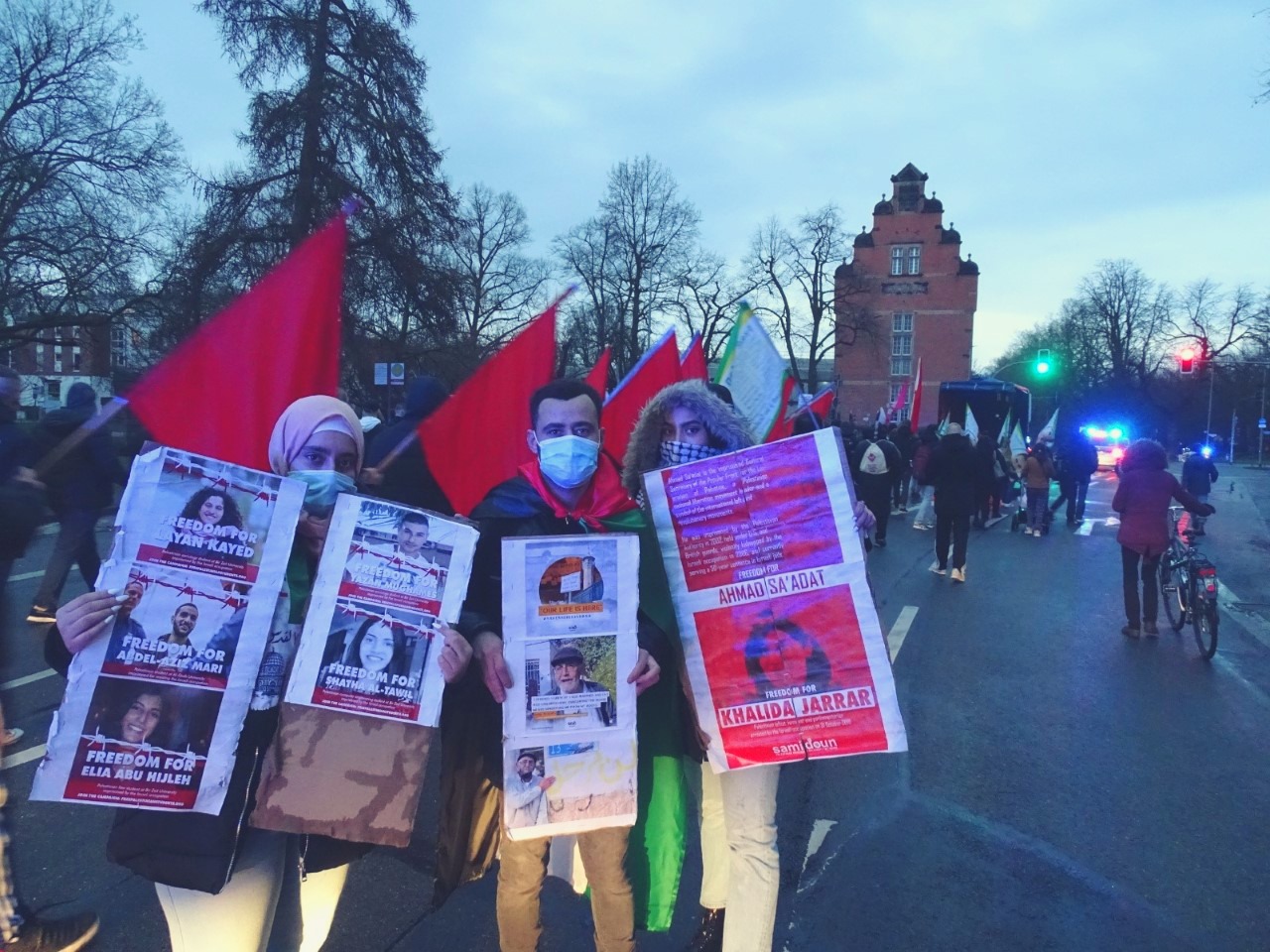