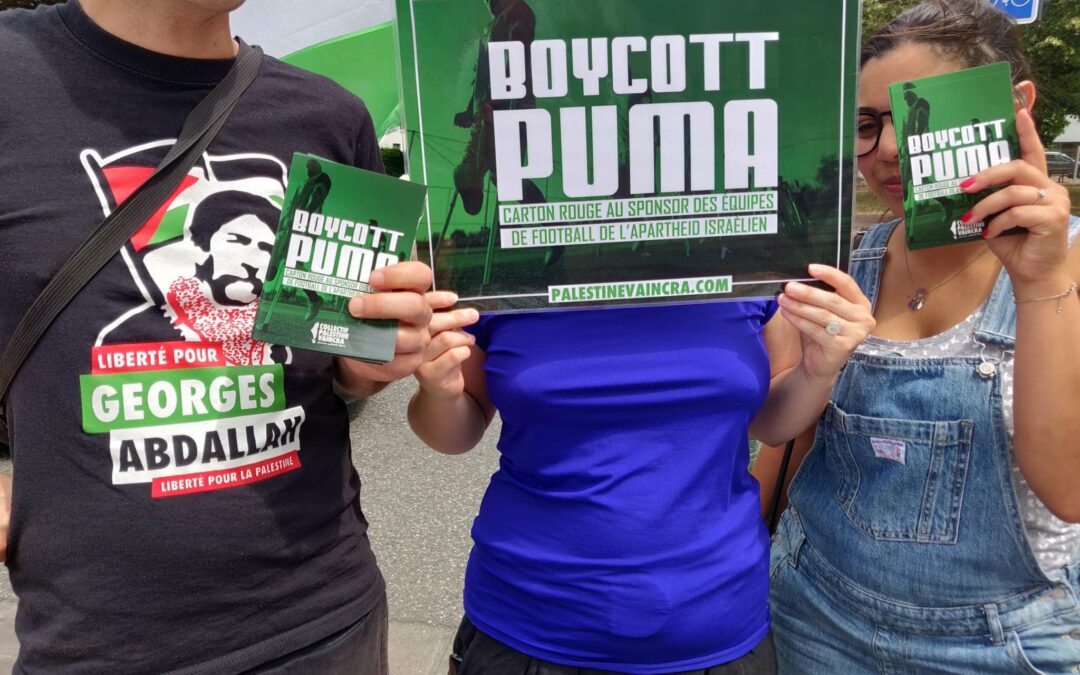 On Friday, 23 July, the Collectif Palestine Vaincra, a member organization of the Samidoun Network, organized a Palestine Stand in Toulouse, France, at the Bagatelle market. The stand took place as part of the international campaign to boycott athletic wear manufacturer Puma due to its sponsorship of the Israeli Football Federation.

In the hot summer weather, the Collectif held the information booth for over two hours, distributing flyers and free stickers to many people interested in learning more about how they can concretely support the Palestinian people and their resistance to Zionist occupation. The stand was adorned with Palestinian flags, and a large banner reading, “From the river to the sea, Palestine will win.” 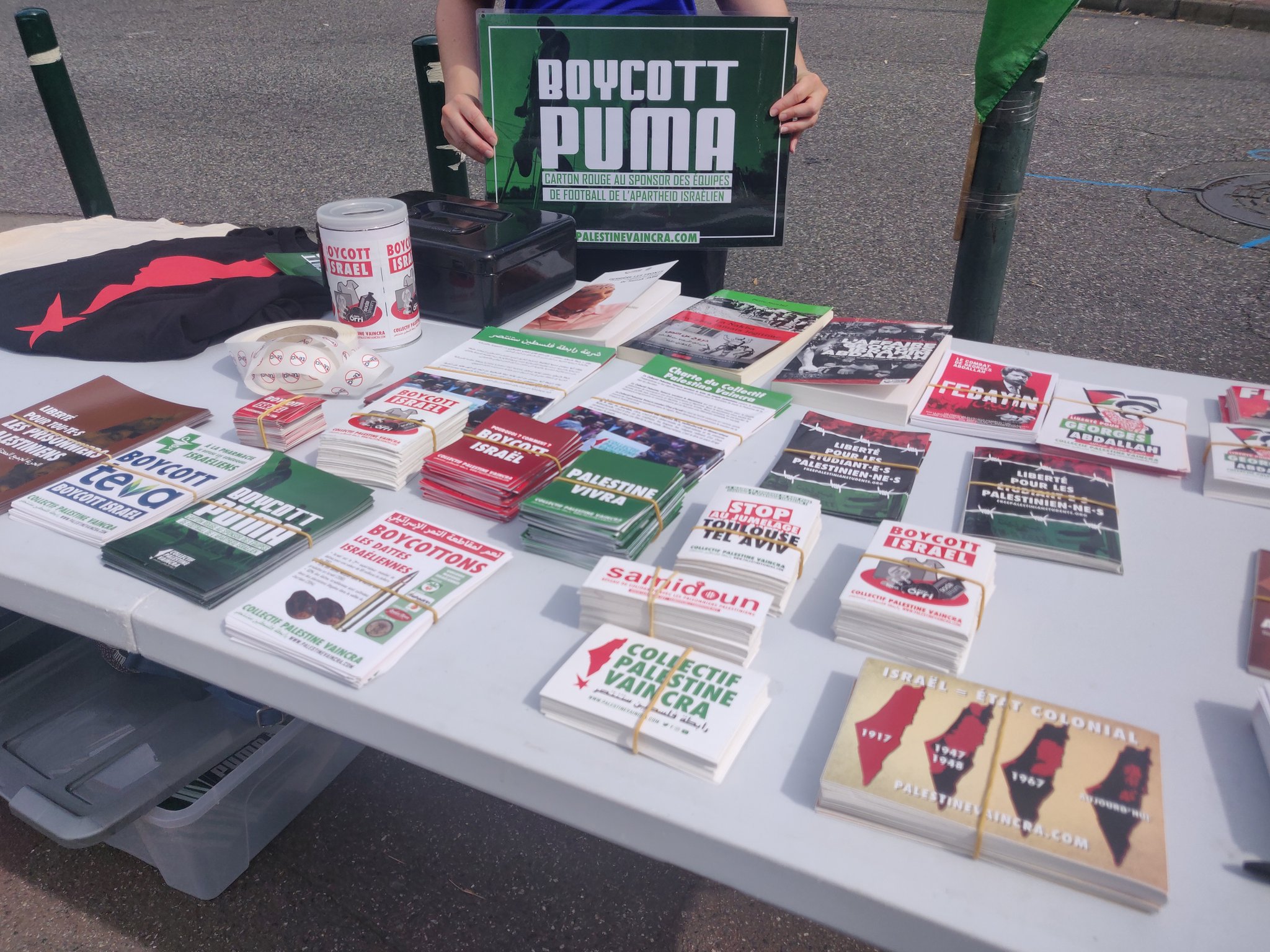 Passers-by who visited the booth took a number of photos and encouraged the Collectif to continue their ongoing street actions and presence in support of Palestine in Toulouse. Speakers emphasized why it was important to boycott Puma as well as all of the corporations complicit in and profiting from Israeli apartheid, colonialism and occupation. People were outraged to learn that the sports equipment and athletic wear company was sponsoring Israeli football teams and endorsing apartheid, especially teams in settlements in the occupied West Bank of Palestine.

Dozens participated in a solidarity action, taking photos with a sign, “Boycott Puma – Red Card for the sponsor of Israeli apartheid football teams.” 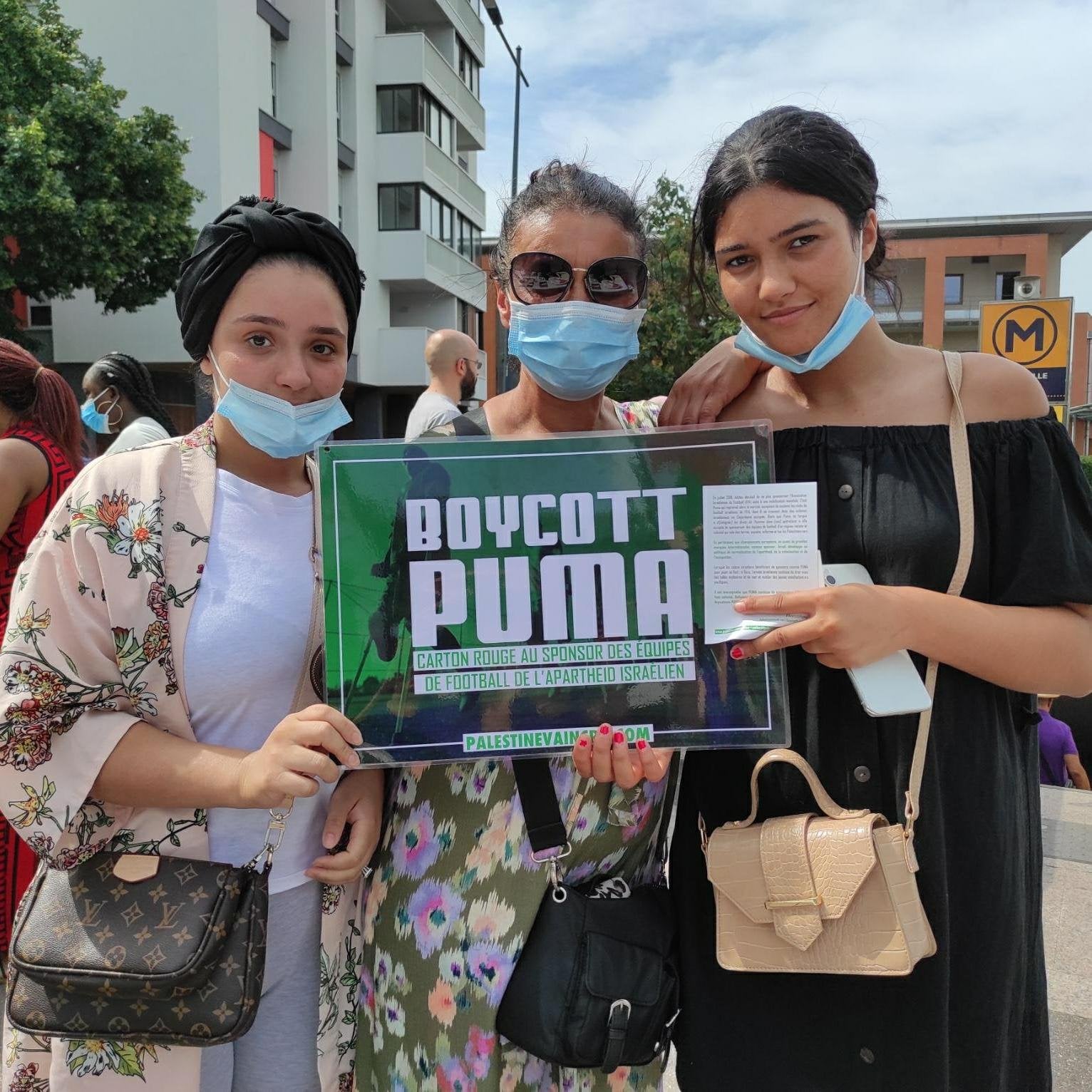