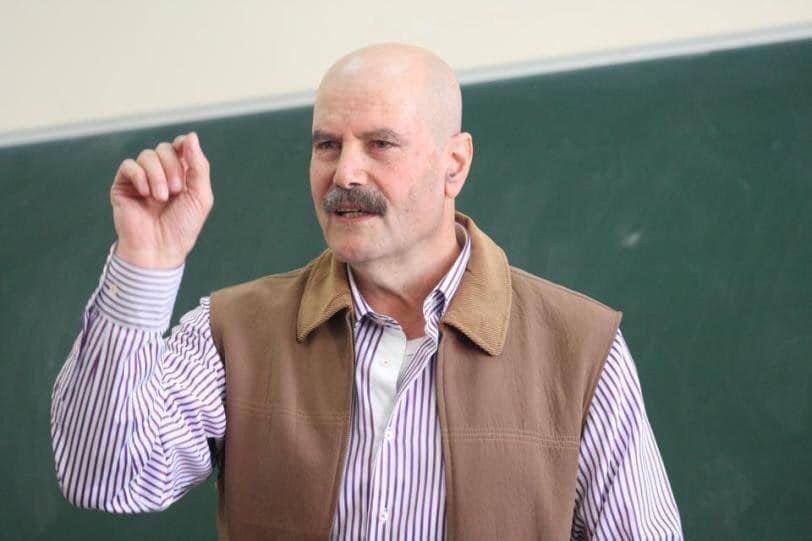 Palestinian writer and academic Ahmad Qatamesh, 70, was detained by Israeli occupation forces in the early morning hours of Monday, 18 October. Qatamesh is known not only for his role as a revolutionary intellectual but for his many years held as an administrative detainee without charge or trial.

Occupation forces invaded his family home at 3:30 am in the city of El-Bireh in the West Bank of occupied Palestine, seizing Qatamesh and taking him to an unknown destination, his wife Suha Barghouthi told Palestinian media. Before coming to Qatamesh’s home, occupation forces violently invaded the home of his brother, Ribhi Qatamesh, exploding the door from his home.

Qatamesh has been detained by the Israeli occupation eight times for over 14 years of imprisonment in total, all of those held without charge or trial under administrative detention according to a “secret file” which is hidden from both Qatamesh and his lawyer. He was last detained by the Israeli occupation in 2019, when he spent 7 months without charge or trial in administrative detention.

Between 1992 and 1998, he was the longest-held Palestinian prisoner in administrative detention; his detention was renewed every six months for nearly six years. Since his release, he has been banned from leaving Palestine and traveling by Israeli occupation military orders.

He has been arrested repeatedly by Israeli occupation forces over the years, including in 1969 and again in 1972, when he was jailed for 4 years. He lived “underground” evading capture by occupation forces for 17 years.

His memoir, I Shall Not Wear Your Tarboush, recalls his time in prison as well as the 100 days of torture he underwent during interrogation in 1992. Since his release in 1998, he has become a prominent Palestinian intellectual, writer and teacher; he is the founder of the Munif Barghouthi Research Center.

His case was taken up by Amnesty International, among others, who demanded his release as a prisoner of conscience.

Samidoun Palestinian Prisoner Solidarity Network demands the immediate release of Ahmad Qatamesh and all 4,650 Palestinian prisoners in Israeli jails, including over 500 jailed without charge or trial under administrative detention.

Qatamesh on the “Approach to a Single Democratic State”: https://samidoun.net/site/wp-content/uploads/2020/01/ahmad-qatamesh-single-democratic-state.pdf