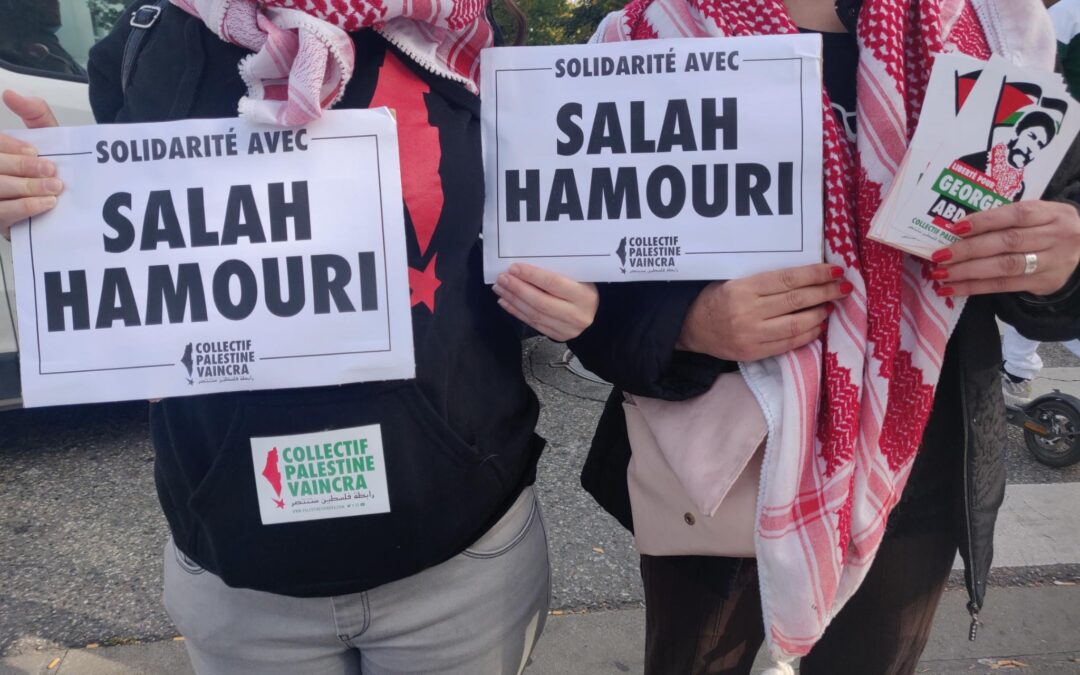 On Tuesday, 19 October, the Collectif Palestine Vaincra, a member organization of the Samidoun Network, organized a Palestine Stand at the entrance to the Bagatelle metro station in Toulouse, France. The stand displayed Palestinian flags and a large banner, declaring “Freedom for Georges Abdallah! Freedom for Palestine!”

Organizers received 77 signed petition cards calling for the release of Abdallah, the Lebanese Communist struggler for Palestine who has become the longest-held political prisoner in Europe. Many people already knew the story of this resistance struggler and expressed their outrage at the treatment the French government has imposed upon him. A number of others also stopped by the stand to collect flyers and stickers for the various campaigns the Collectif is organizing in support of the Palestinian people and their resistance. 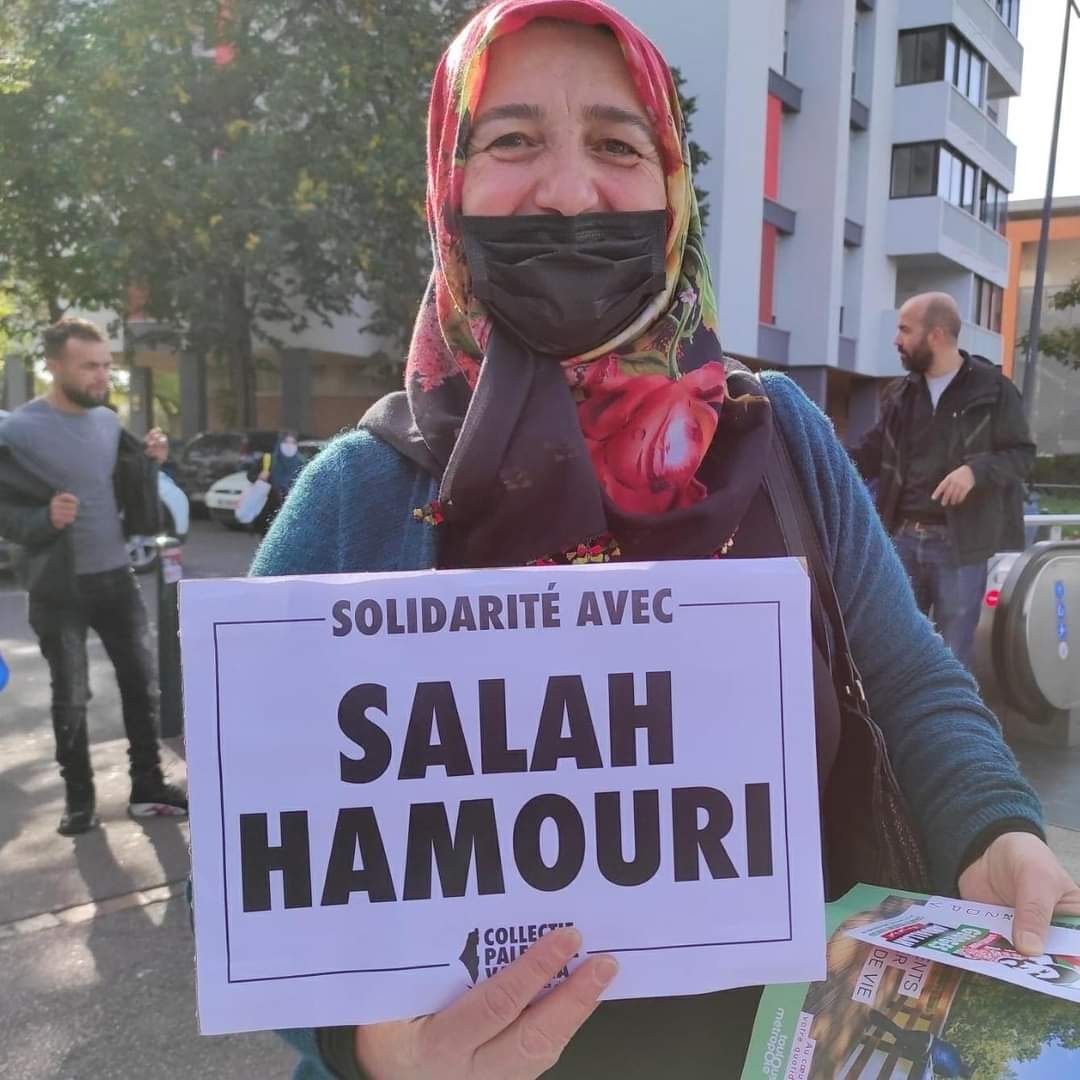 Dozens of people came to the stand to express their solidarity for French-Palestinian lawyer Salah Hamouri against the Israeli authorities’ revocation of his residency in Jerusalem, his home city. 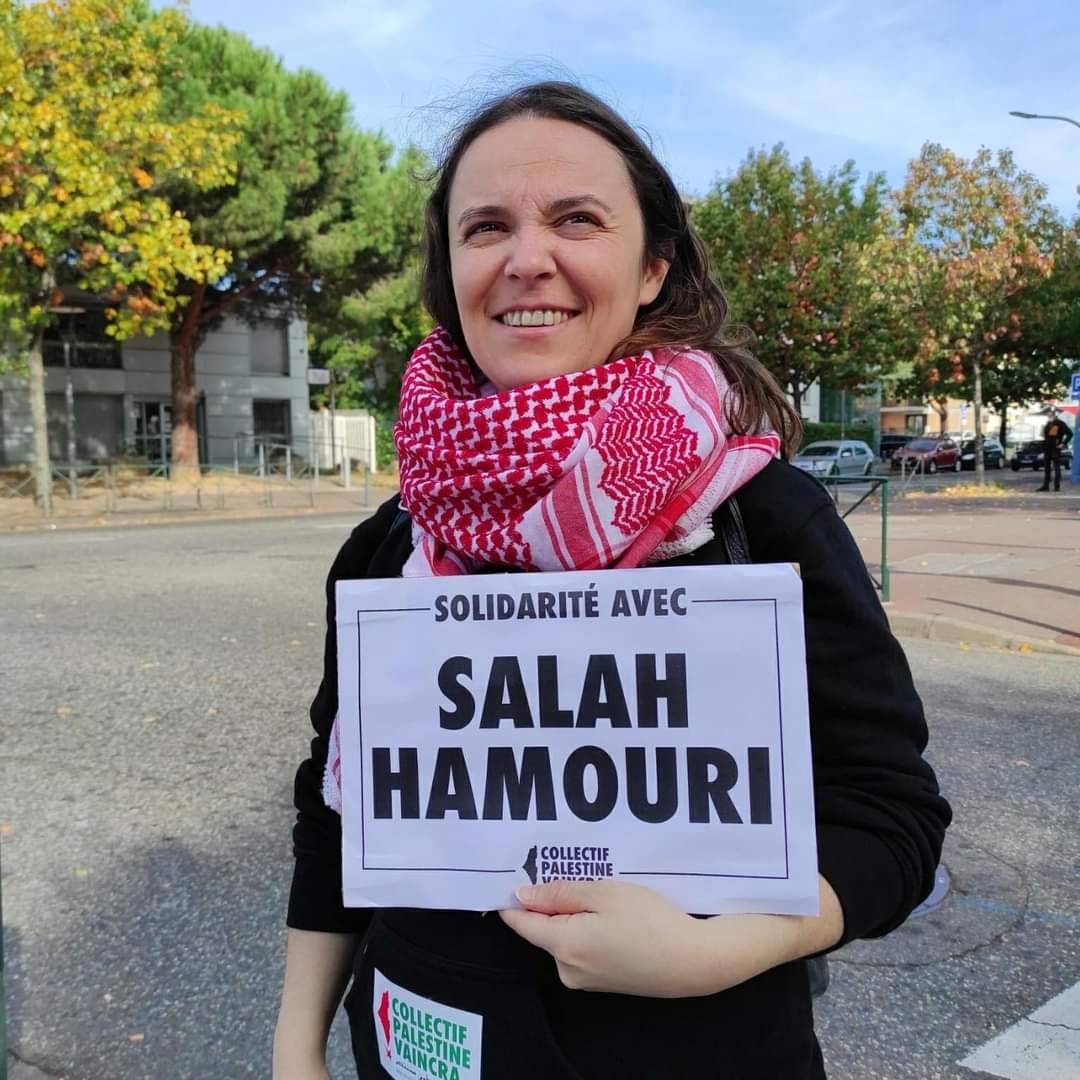 Salah Hamouri is a French-Palestinian lawyer and a former Palestinian political prisoner whose case was widely known throughout France as a symbol of injustice and false allegations until his release in 2011 in the Wafa al-Ahrar prisoner exchange, only a few months before his sentence was to end. He has spoken throughout France and internationally at events like the World Social Forum on Palestinian prisoners and the struggle for freedom.

The Israeli occupation uses the forced revocation of residency for Palestinians from East Jerusalem as a means to displace Palestinians and forcibly create a “Jewish majority” in the occupied city as well as a means to silence Palestinian activists and organizers. As noted by Al-Haq, “Revocation of permanent residency status is the most direct tool used to forcibly transfer Palestinians from East Jerusalem. This policy which has been used by Israel more than 14,500 times between 1967 and 2015, and is illegal under international law.”

On 17 October, the Collectif joined with over 200 people gathering at the call of many organizations to remember the victims of 17 October 1961, when, as noted in the unified statement, “60 years ago, a peaceful march by Algerians for independence was savagely repressed by the police of the notorious prefect Papon in Paris. This also marked the establishment of a racist curfew only for French Muslims. This same curfew instituted during the revolts in working-class neighborhoods, applied to the descendants of post-colonial immigration. It was also a night of police violence with many dead and missing. A massacre that has never been officially recognized by the state.”

Algerian flags were displayed on the Pont-Neuf, and a representative of the Collectif spoke, saluting the resistance and the martyrs of 17 October, as well as the Algerian revolution as a whole. “After 132 years of French colonialism ,the sacrifice of our martyrs made it possible to liberate ourselves and I can say today that I am proud to be Algerian. The fight continues in particular against the Zionist colonization of Palestine,” she affirmed. She emphasized that the struggles of the Algerian and Palestinian people confront the same enemies, imperialism and colonialism.

Speakers also emphasized that the fight against police crimes and state racism are more topical than ever, with speakers from the Truth and Justice Committee 31 and the Révolte Décoloniale association emphasizing the need to confront anti-Arab racism and state Islamophobia. A speaker from Attac urged participation in the 23 October demonstration in Lannemezan to free Georges Abdallah. 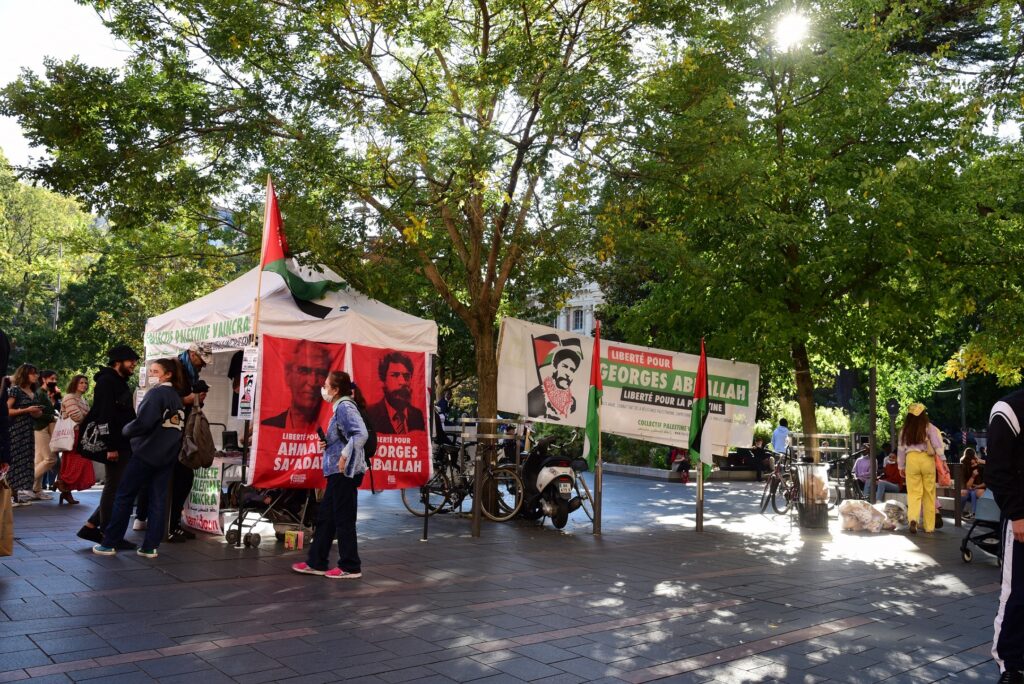 This action followed another Palestine Stand on Sunday, 16 October, which highlighted the international month of action to free Georges Abdallah. The Collectif set up the stand outside the Capitole metro station, with Palestinian flags and banners calling for Abdallah’s immediate liberation.

The stand caught the attention of shoppers and passers-by on a sunny autumn afternoon, where dozens signed petition cards to demand Abdallah’s release and organizers distributed thousands of flyers. Over the sound system, speakers emphasized that the Palestinian struggle is an anti-colonial liberation movement, linked to the struggles around the world of people fighting for their freedom, in particular the Algerian people who freed themselves from French colonialism after 132 years of occupation. 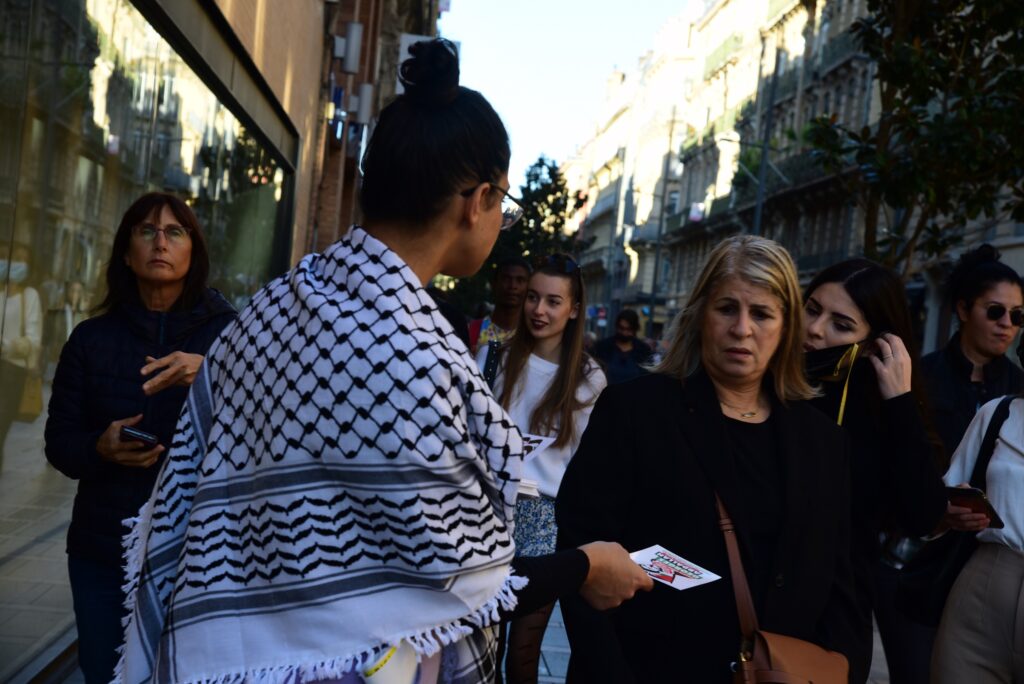 Many people took photos of solidarity with Georges Abdallah at the downtown stand, joining the call for his immediate release:

This came as part of a series of initiatives throughout the week, including a stand at the University of Mirail on 13 Octobber, where 80 petitions were signed to free Georges Abdallah.

Posters demanding freedom for Georges Abdallah once again appeared in city bus shelters, while the Collectif continued distributing flyers and posters in several districts of Toulouse.

The mobilization for Georges Abdallah’s release continues throughout October and will conclude with two important events:

The Collectif Palestine Vaincra organizes actions and initiatives in Toulouse to support the Palestinian people and their resistance for the liberation of Palestine from the river to the sea. Contact the Collectif to get involved, or reach out to Samidoun Network to get involved in your local area outside of France.