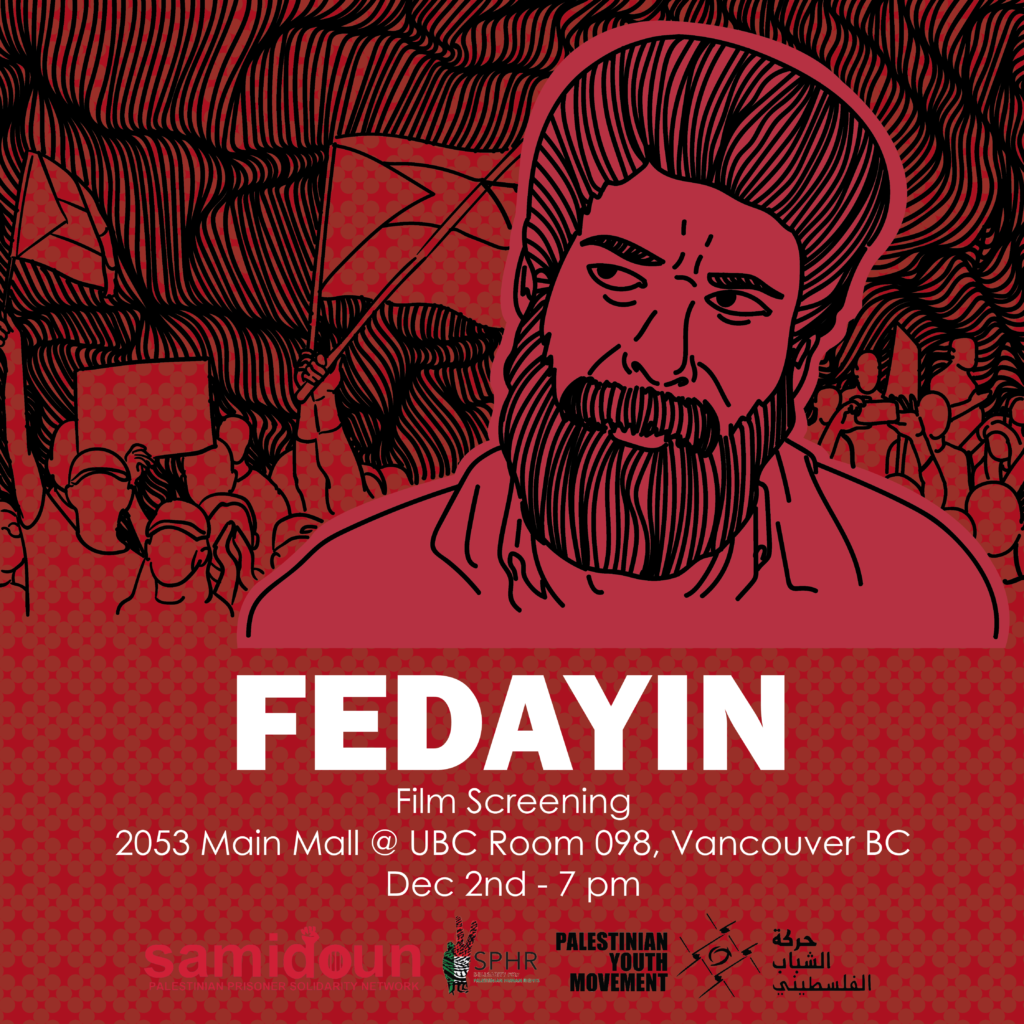 VANCOUVER: Join the Palestinian Youth Movement (PYM), Solidarity for Palestinian Human Rights UBC, and Samidoun Palestinian Prisoner Solidarity Network, for a public screening of the new and acclaimed film, “Fedayin,” which chronicles the course of a Lebanese communist, imprisoned in 1984 for his involvement in the struggle for the liberation of Palestine — and Lebanon — from Zionist occupation.

From the Palestinian refugee camps that forged his conscience, to the international mobilization for his release, we will discover the man who has become one of the longest-held political prisoners in Europe.

Afterwards, we’ll have a short panel featuring two organizers from the film, Palestinian Khaled Barakat, and Charlotte Kates of Samidoun, to discuss the film and actions that have demanded freedom for Abdallah, such as the global campaign in October.

The film will be screened at UBC in the Sauder building, at ANGU098.

Registration link is included. Masks are required, and light refreshments and snacks will be provided.