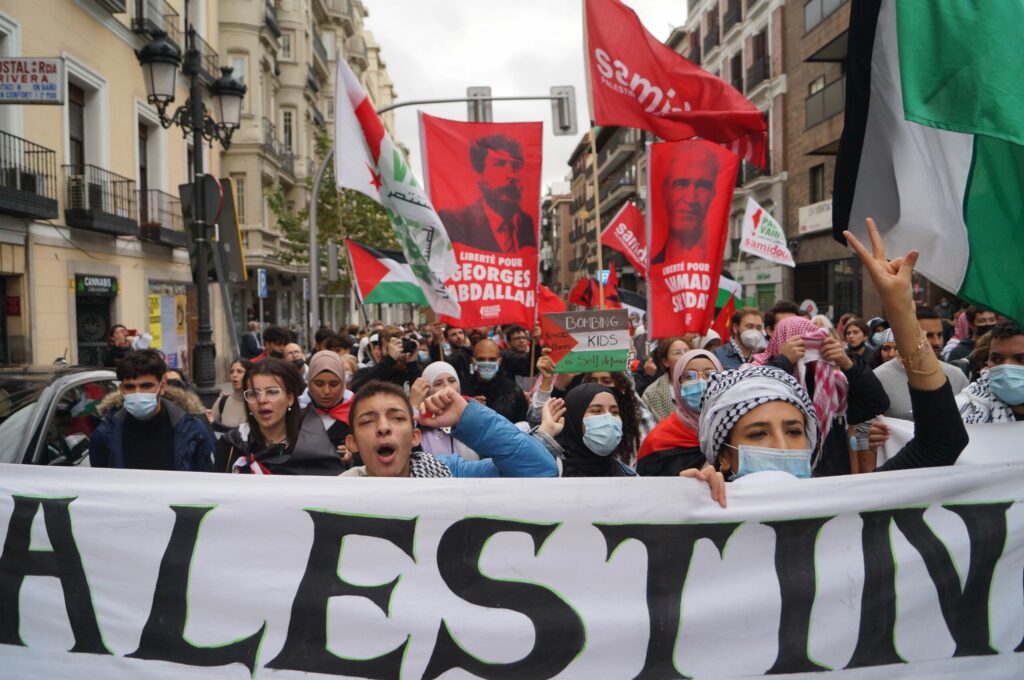 The International Day of Solidarity, commemorated on 29 November by the United Nations, marks an infamous date in Palestinian history: 29 November 1947, when the United Nations  adopted its Resolution 181, for the partition of Palestine. The partition of Palestine in order to create a Zionist state, over the clear rejection of the indigenous people of Palestine, served only the interests of European settler-colonialism and imperialism. While the UN stated that its own principles included universal human rights, opposition to colonialism, and support for the exercise of self-determination, its support for the partition of Palestine for a colonial project exposed the hypocrisy of such claims.

Rather than imposing requirements for reparations upon European fascist states and their collaborators responsible for Nazi atrocities, the partition plan instead continued existing policies of colonialism and imperial domination. It sought to partition and divide Palestinian Arab land to create a Zionist settler-colonial state in the region, fundamentally tied to imperialist interests in the United Kingdom, the United States, France and elsewhere.

From the announcement of the partition plan and before, as they had the Balfour Declaration in the past, the Palestinian people firmly and clearly rejected and resisted colonial plans for their land and people. By adopting this plan for colonial control, the United Nations was part and parcel of the creation of the Nakba, the Zionist assault on Palestine in which over 500 villages were destroyed and over 70% of the Palestinian people forced to flee their homes and lands. Millions of Palestinians remain refugees to this day, denied their right to return home for over 73 years.

In the years that followed, Arab peoples rose up for freedom from colonialism and Western-imposed kings, with revolutionary movements to control the resources of the region for the people of the region, rather than for imperialist powers and their corporate interests.

The Palestinian resistance to the Nakba, which was never suppressed or killed, continued to develop into the modern Palestinian revolution and to fight for return to Palestine and liberation of the land. This struggle was part and parcel of the anti-colonial movements sweeping the world, led from Asia, Africa and Latin America and representing a revolutionary vision for a coming victory over oppression and exploitation.

These movements, and the states and peoples breaking the chains of colonization, forced the recognition of 29 November as the International Day of Solidarity with the Palestinian People. At the same time, however, the United Nations has never truly been held accountable or even officially recognized the crime committed against the Palestinian people not only by the occupation of 1967, the denial of Palestinian refugees’ right to return, the construction of settlements or the torture of Palestinian prisoners, but by the partition plan itself, which worked hand in hand with British imperialism and the Zionist movement to create the conditions for the Nakba of the Palestinian people.

On this International Day of Solidarity, there are 4,650 Palestinian prisoners in Israeli occupation prisons. Of those, over 500 are jailed without charge or trial under administrative detention. Palestinian prisoners are carrying out hunger strikes, resisting and organizing behind bars; their will to freedom has not been suppressed despite torture, denial of family visits, medical neglect and abuse, the imprisonment of children, and the countless violations imposed upon them by the occupier. Imprisonment is used as a colonial weapon to target Palestinian resistance — but it has failed to succeed in its goals.

Solidarity with the Palestinian prisoners is part and parcel of solidarity with the Palestinian resistance and the Palestinian people fighting for liberation from the river to the sea. The prisoners are a unifying symbol of leadership that represents a broadly embraced alternative to the so-called Palestinian Authority, the concessionary path of Oslo and the so-called peace process. These campaigns also provide an opportunity to develop mutual solidarity and joint struggle with other justice movements, from the Black liberation movement to struggles in the Philippines, Turkey, and Colombia, building collective struggle based on the leadership and liberation of imprisoned political leaders.

On the International Day of Solidarity with the Palestinian People, we join the calls for action of the Palestinian Alternative Revolutionary Path Movement (Masar Badil) in its letter to UN Secretary-General Antonio Guterres, which highlights both the responsibility of the UN to implement Palestinian rights and the complicity of the unrepresentative Palestinian Authority with Zionist colonialism:

The United Nations must take meaningful action to redress the wrongs done to the Palestinian people through its actions, particularly the approval of the partition of Palestinian land for the creation of a colonial project. We urge that United Nations General Assembly Resolution 3379, adopted in the 30th General Assembly on 10 November 1975, recognizing Zionism as a form of racism, be re-adopted. This resolution was revoked in 1991 in the context of the Madrid negotiations. As stated, the Madrid negotiations have served solely to undermine rather than implement Palestinian rights. This is very clear 30 years later, as are the catastrophic crimes carried out by the Israeli state in order to implement its racist policies and ideology of Zionism, including settlement construction, the siege on Gaza and the further entrenchment and expansion of apartheid, occupation and colonization. Zionism is indeed a form of racism and racial discrimination and a form of European settler-colonialism that has done great harm to the Palestinian people, the Arab people and the people of the region generally.

Read the full letter to the UN Secretary-General by the Masar Badil: