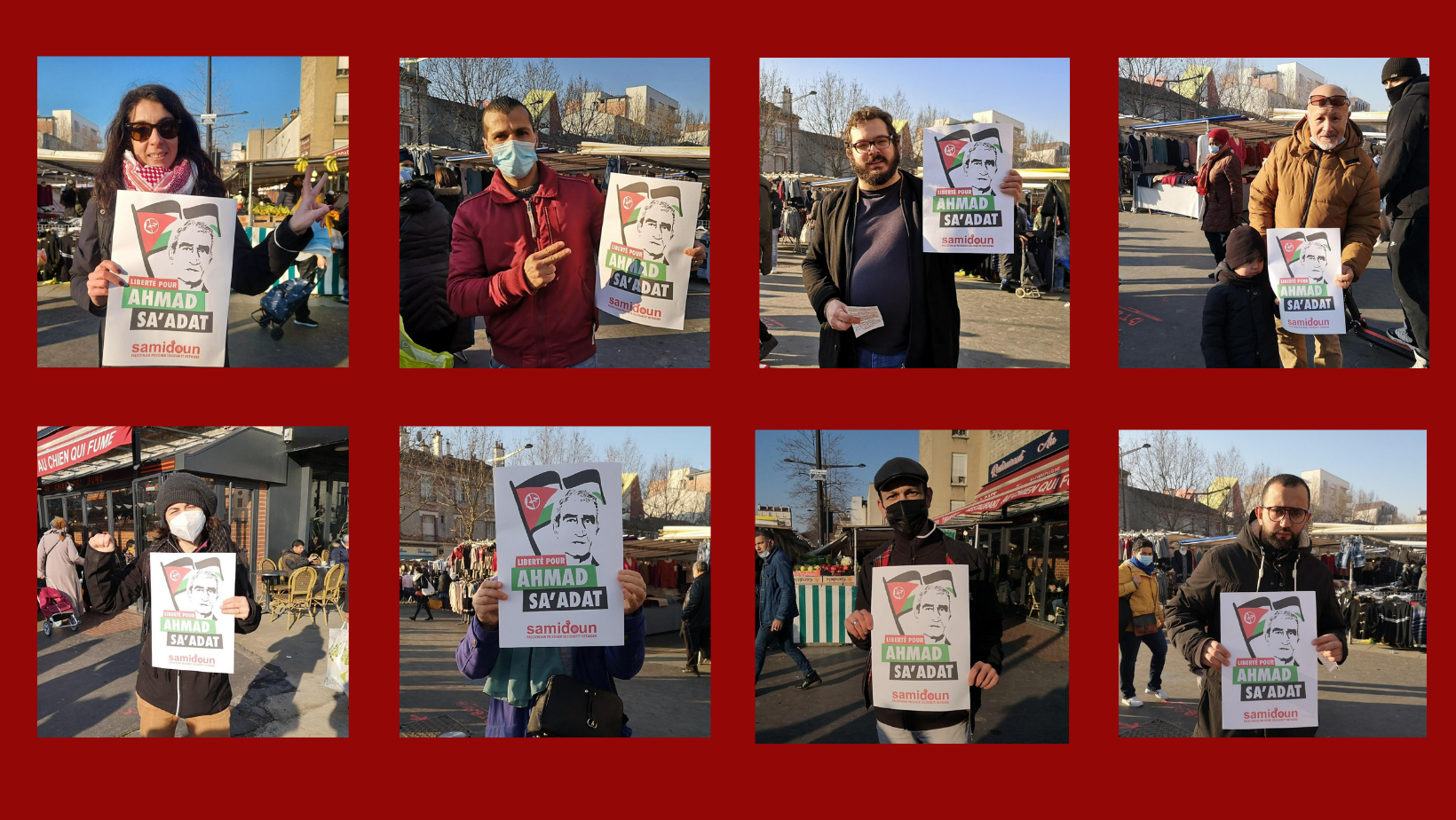 On Saturday, 15 January, Samidoun Région Parisienne organized its monthly solidarity stand for Palestine at the Aubervilliers market near Paris, France. This month, the Palestine Stand was convened as part of the International Week of Action to free Ahmad Sa’adat and all Palestinian prisoners. The week of action was initated by the Samidoun Network and endorsed by dozens of organizations around the world. 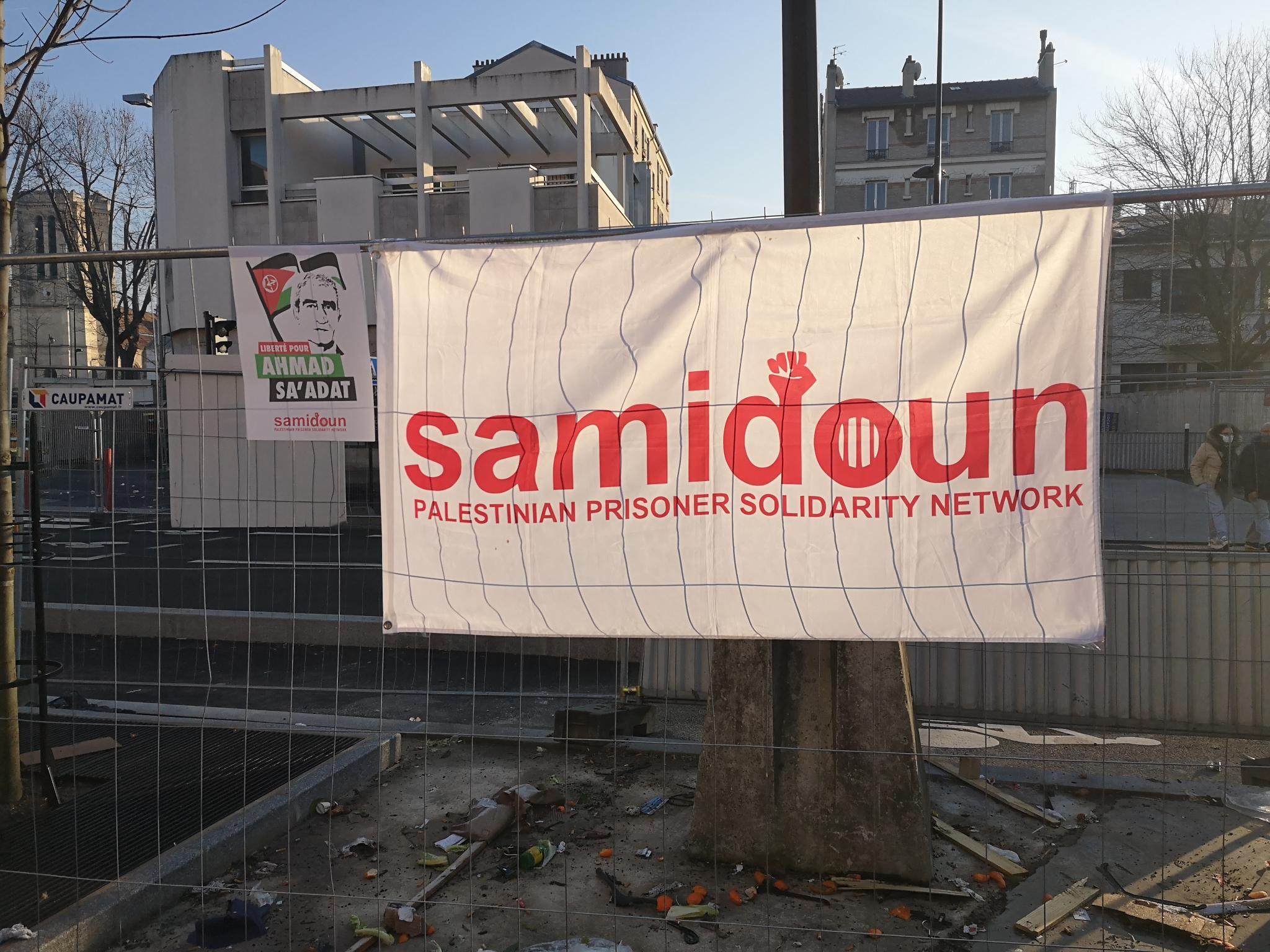 Ahmad Sa’adat, the General Secretary of the Popular Front for the Liberation of Palestine, was arrested and imprisoned on 15 January 2002 by the Palestinian Authority, within the framework of “security coordination” with the Israeli occupation. Kidnapped in 2006 by the Israeli occupation army, he was then sentenced by a military court — which he boycotted throughout the process — to 30 years in prison for his role in the Palestinian resistance on 25 December 2008.

Activists and supporters of Samidoun distributed flyers for two hours on the importance of supporting the Palestinian people and the Palestinian prisoners. Many people stopped by to show their solidarity with the just Paletinian struggle against colonialism, racism and apartheid. Many people also took photos to show their support for the campaign to free Ahmad Sa’adat.

Samidoun Région Parisienne regularly organizes Palestine Stands at the Aubervilliers market. To get involved, please reach out via email to samidoun.rp@gmail.com or via social networks (Facebook, Twitter and Instagram) 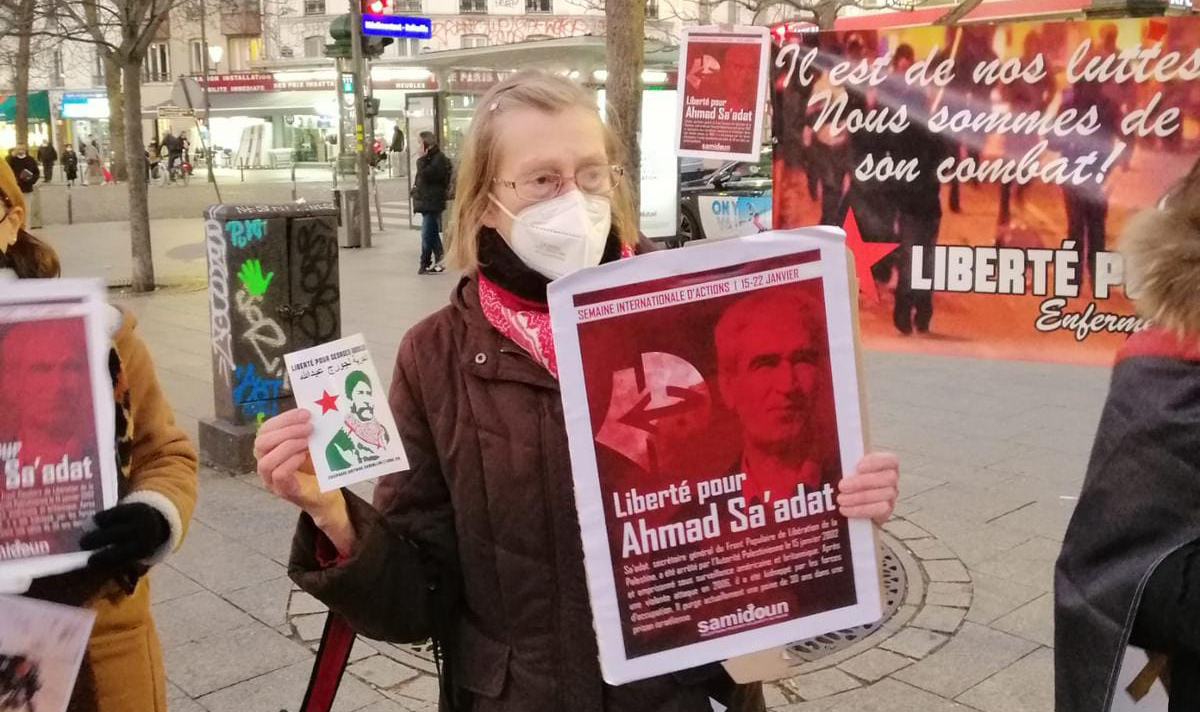 The day before, on 14 January, the Unitary Campaign for the Liberation of Georges Abdallah organized a rally in the Ménilmontant district of Paris as part of the International Week of Action. Dozens gathered to show solidarity with Ahmad Sa’adat, Georges Abdallah, and over 4,600 Palestinian prisoners in Israeli jails. They chanted slogans in support of the Palestinian resistance and carried Palestinian flags, banners and posters, showing solidarity with the revolt in the occupied Naqab and support for the sick prisoner Nasser Abu Hmaid. 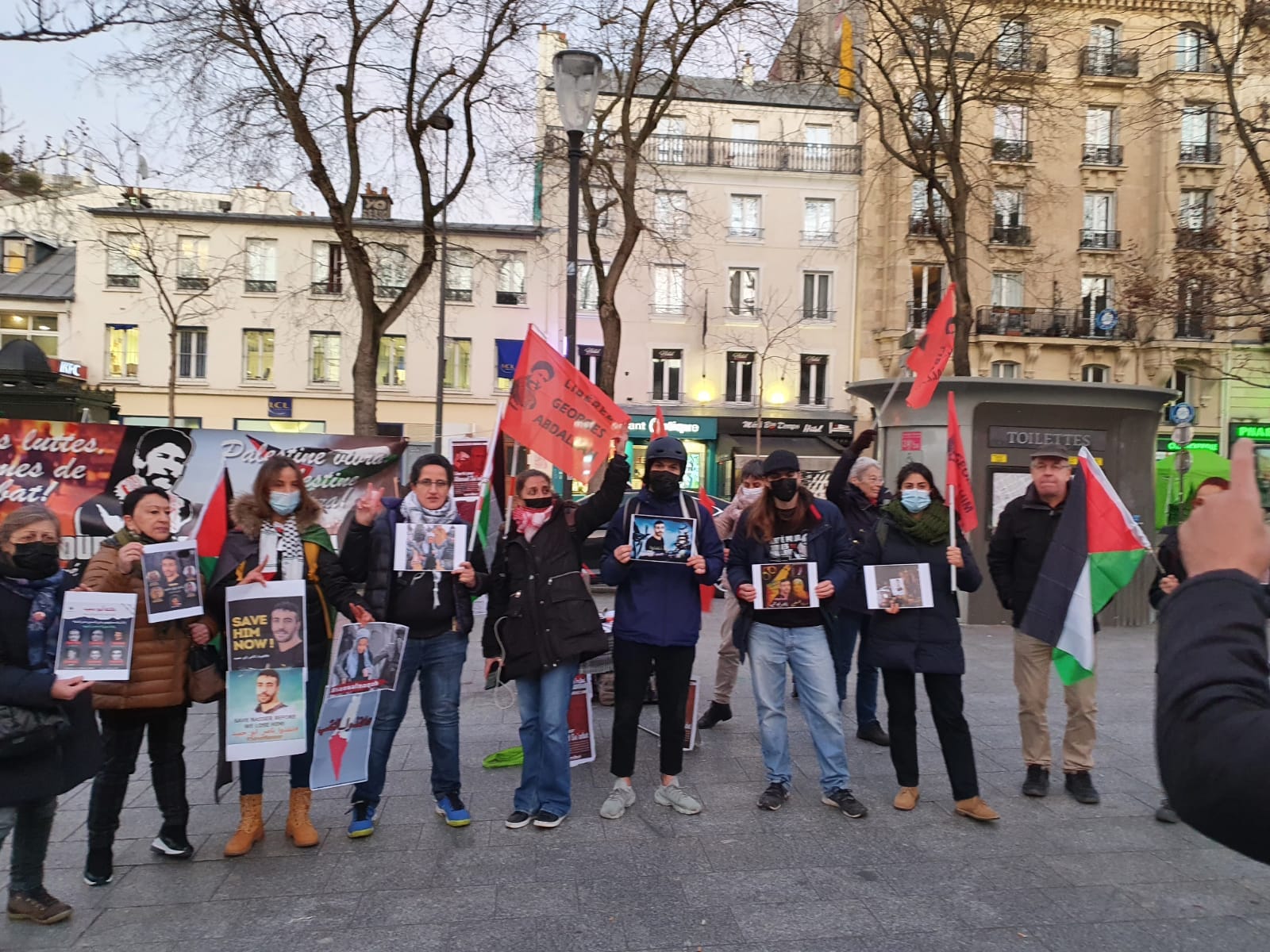