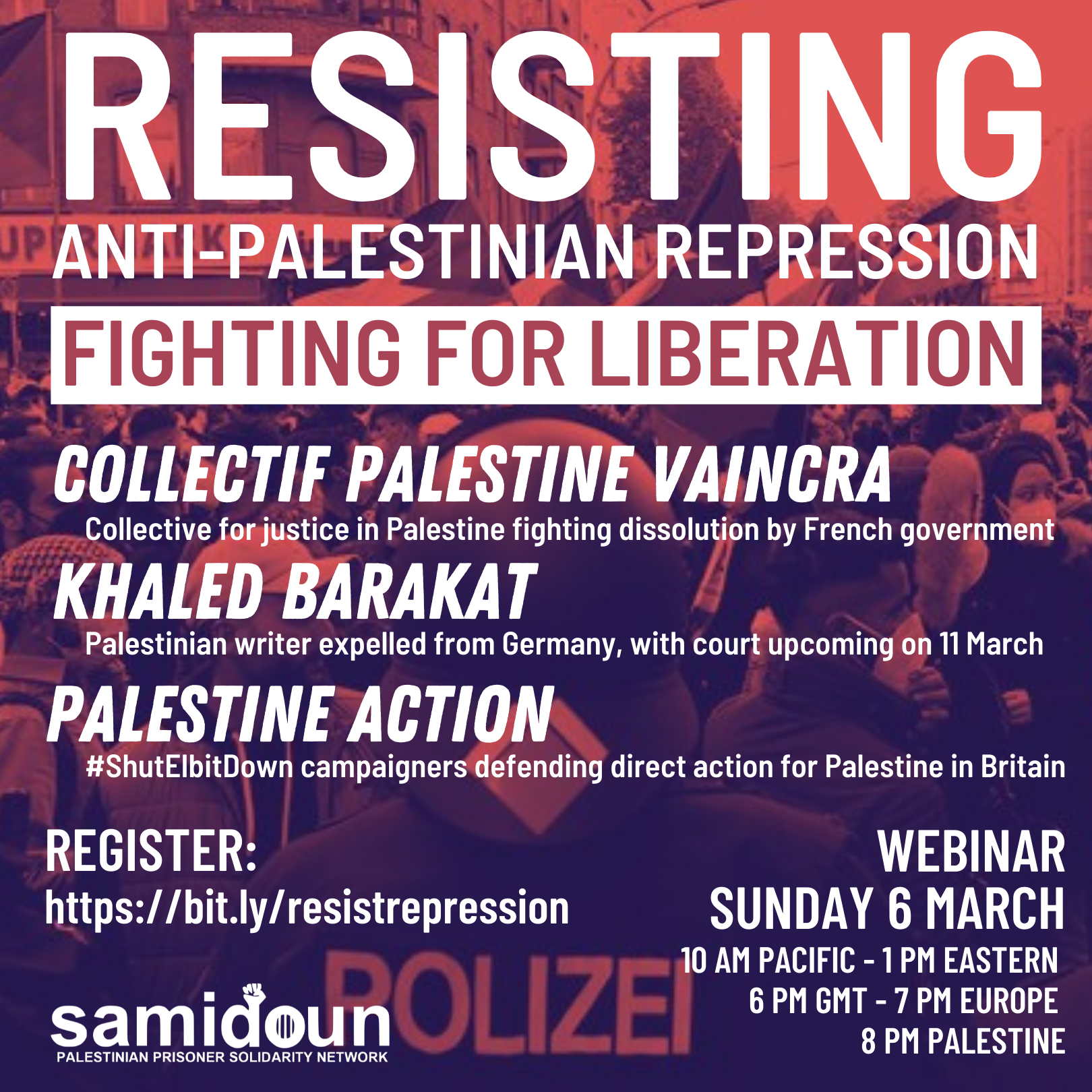 Join us on Sunday, 6 March to hear directly from organizers challenging anti-Palestinian repression internationally. Just this week, French interior minister Gerald Darmanin announced his intention to dissolve, or ban, two collectives organizing for justice in Palestine in France. Palestinian writer Khaled Barakat was expelled from Germany for four years and subjected to a political ban for his work on Palestine, and his case goes to court on 11 March. In Britain, Palestine Action is campaigning to #ShutElbitDown and defending direct action for Palestine — after one Israeli arms factory has already shut down after ongoing pressure.

We’ll hear from the Collectif Palestine Vaincra, the collective working tirelessly for Palestine and now challenging a dissolution order in France, from Khaled Barakat on the attack on Palestinian rights in Germany, and from Palestine Action on the campaign to #ShutElbitDown and defend direct action for justice.

Not only will we learn about these specific cases, we’ll also discuss how we keep the focus on struggling for the liberation of Palestine and how these struggles highlight the role of imperialist powers in maintaining Zionist colonialism, occupation and apartheid throughout Palestine.

Register to join on Zoom: https://bit.ly/resistrepression