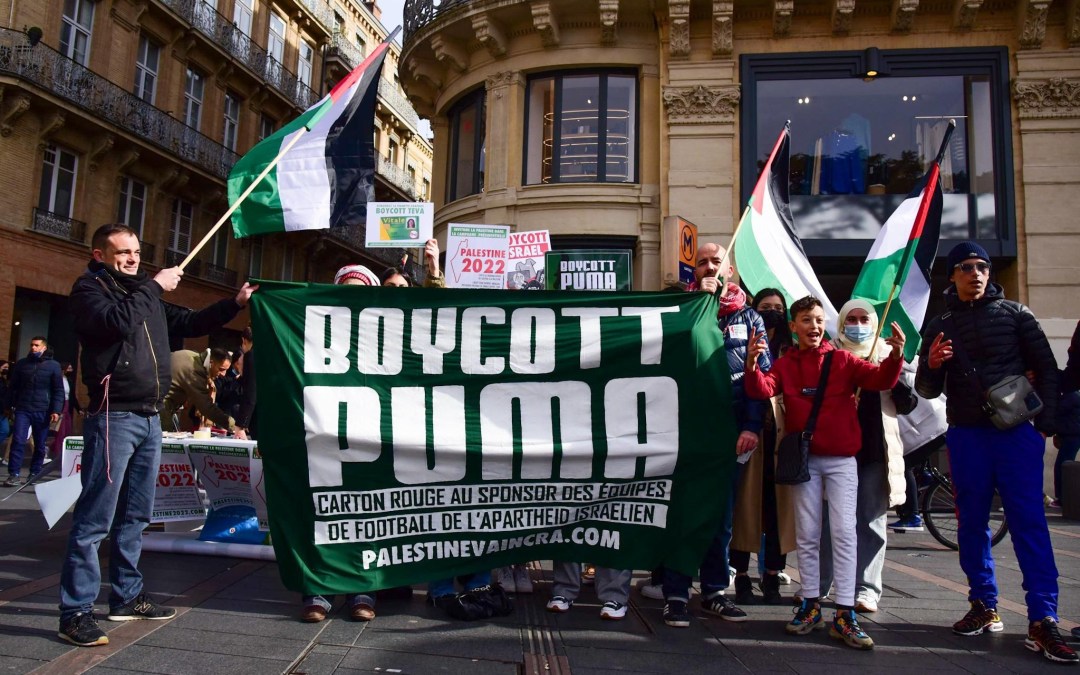 On Saturday, 12 February, the Collectif Palestine Vaincra organized a Palestine Stand in the heart of downtown Toulouse, France, as part of the international day of action to boycott PUMA. The German athletic wear brand is the sponsor of the Israel Football Association, which includes six teams in illegal settlements in the occupied West Bank of Palestine. 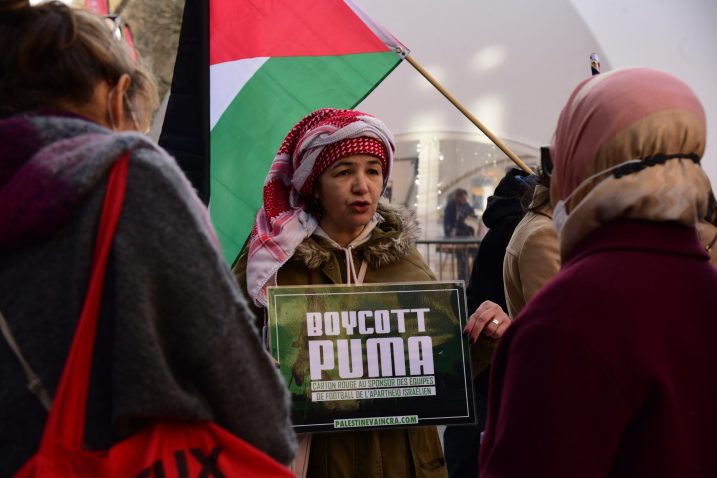 A broad global campaign is demanding a boycott of the company so long as it maintains this economic sponsorship and political support of Israeli apartheid, occupation and colonialism.

For over two hours, activists displayed a banner with the slogan: “Boycott PUMA: Red card for the sponsors of Israeli apartheid football teams” along with Palestinian flags and banners. A large information table offered free stickers, flyers and leaflets as well as the #Palestine2022 campaign petition, signed by over 70 people. Participants distributed over 1,000 flyers, educating passers-by about PUMA’s complicity with Zionist colonialism. Hundreds of people expressed that they would never buy PUMA brand products again. 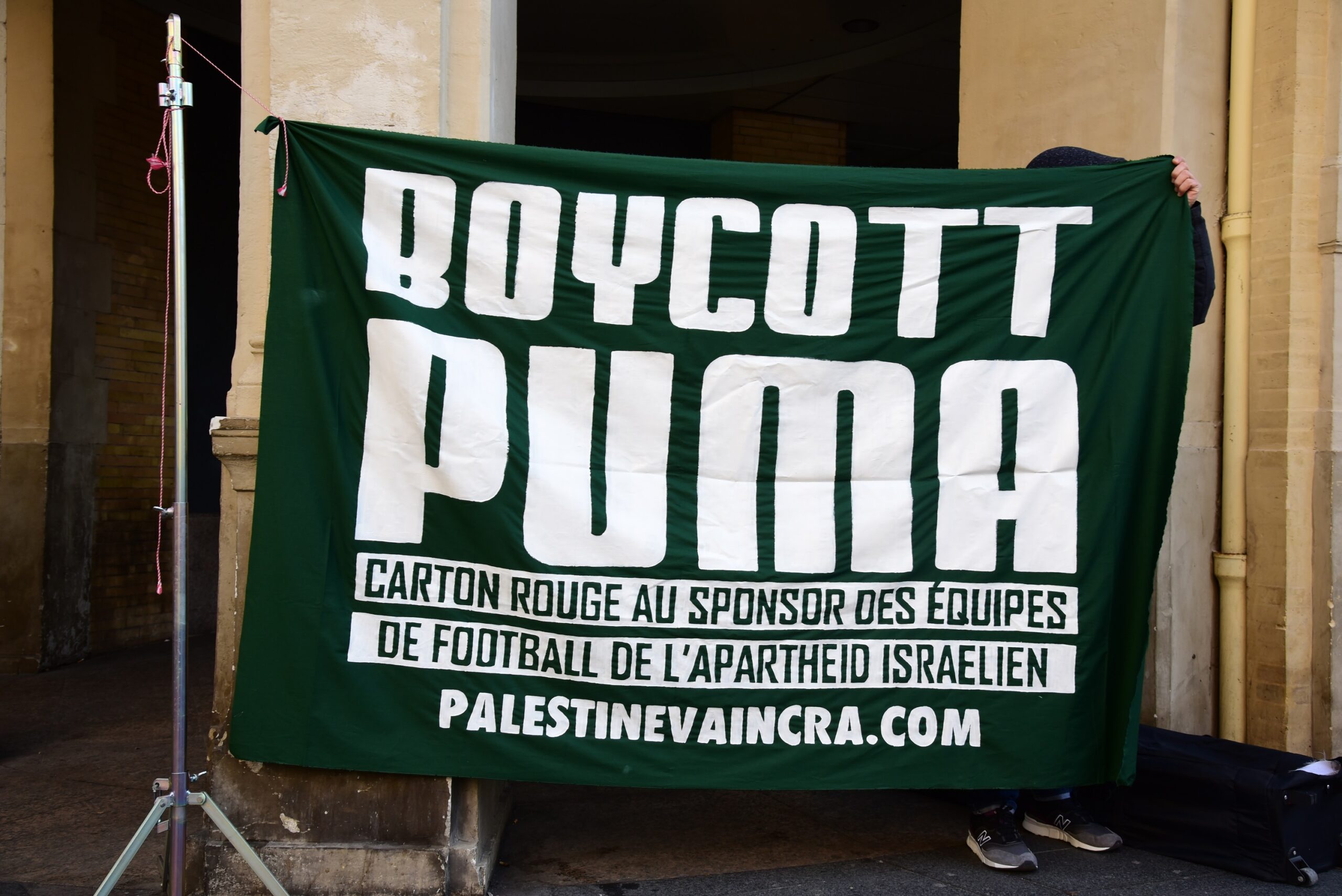 Dozens of people showed their support for the campaign by taking solidarity photos with the demand to boycott PUMA. By building and intensifying this mobilization, we can make clear that PUMA’s sponsorship of Israeli apartheid is not welcome!

Every month, the Collectif Palestine Vaincra organizes stands in different parts of the city to support campaigns for the Palestinian people and their resistance for the liberation of Palestine from the river to the sea. Contact the Collectif to get involved, or reach out to Samidoun Network to get involved in your local area outside of France. 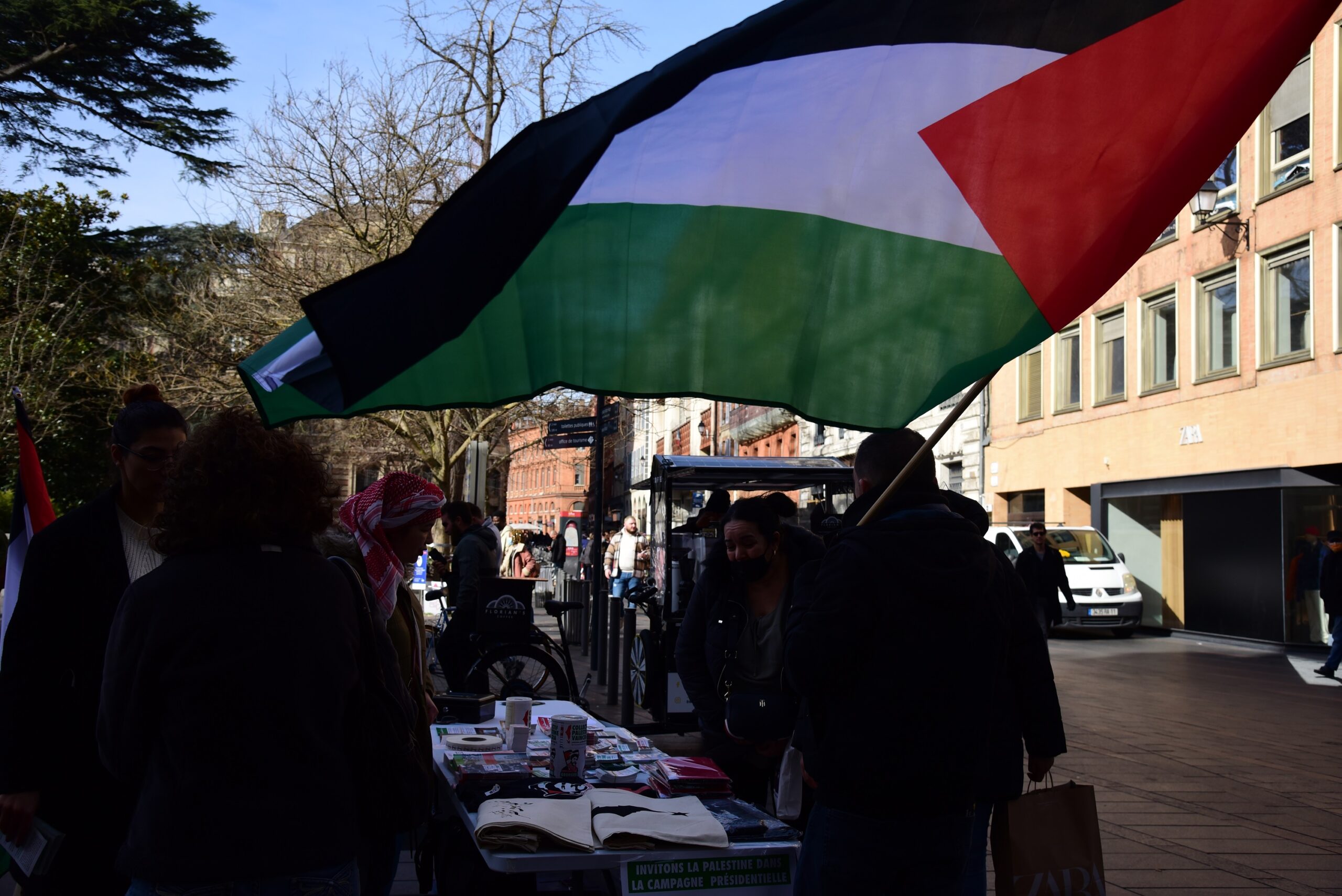