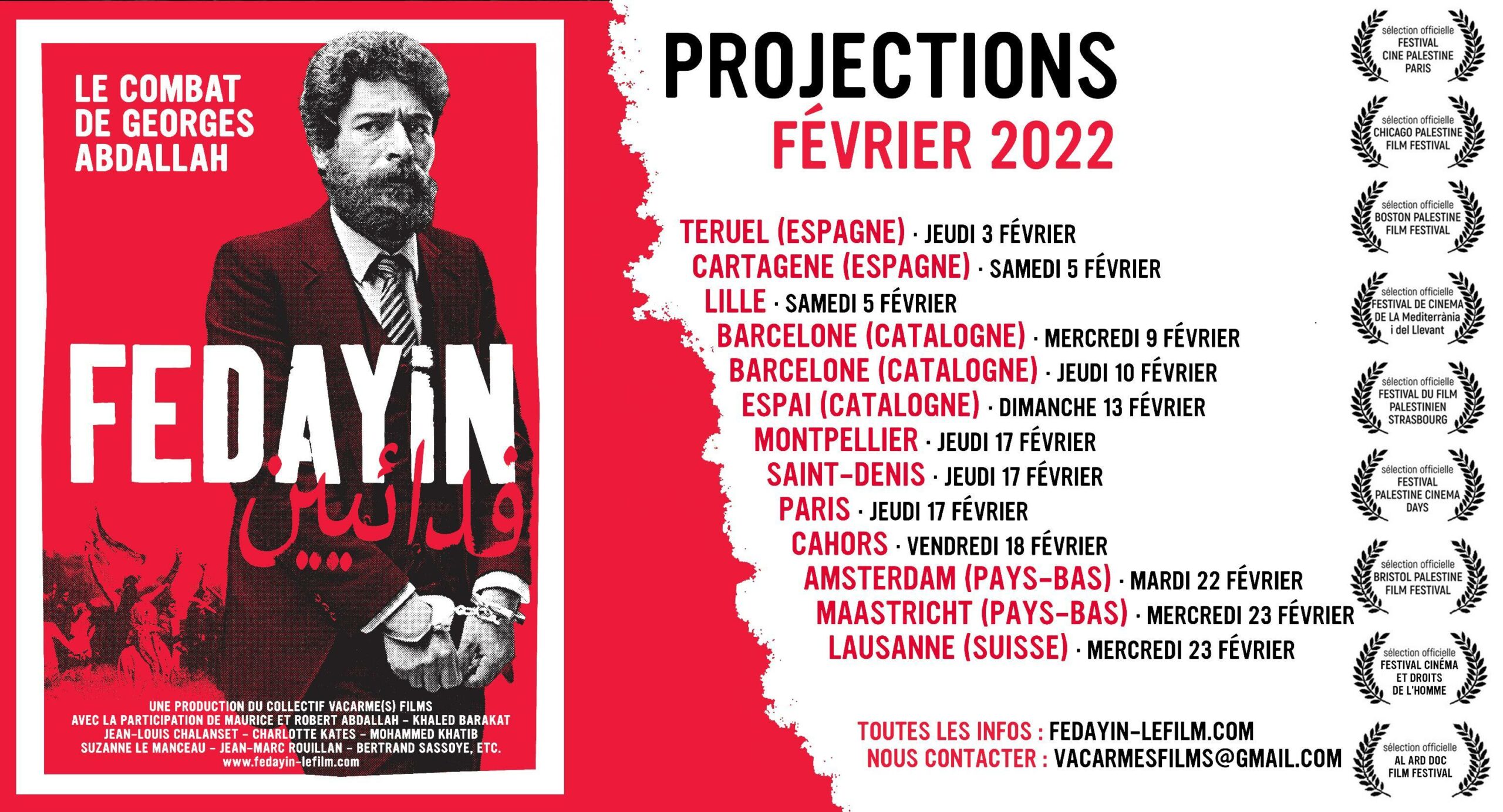 The film traces the life story and struggle of Georges Ibrahim Abdallah, a tireless struggler for Palestine and an Arab Communist revolutionary, imprisoned in France for over 37 years. “Fedayin” travels with Georges from the Palestinian refugee camps in Lebanon, where his political consciousness was formed and developed, to the international mobilization for his release. Today, he is one of the longest-held political prisoners in Europe.

The film is available with appropriate subtitles in French, Arabic, English, German, Italian, Catalan, Castilian Spanish and Turkish. If you want to show Fedayin in your area, email us at samidoun@samidoun.net and contact the directors at vacarmesfilms@gmail.com. We will help you to get your screening organized, and the directors are available to attend your events in person or to join your in-person events via video link.

Visit the Fedayin film website for the most up-to-date list and detailed information about upcoming screenings! Some of the screenings below have full location info, while others will be updated throughout the month at the official site.

· Montpellier (France) · Thursday February 17 at 7 p.m.
Screening organized by the BDS France Montpellier and Carmagnole Campaign followed by a debate with a member of the Collectif Vacarme(s) Films
La Carmagnole, 10 Rue Haguenot, 34070 Montpellier

· Paris (France) · Thursday, February 17 at 6 p.m.
Screening organized by the Ciné-Palestine Festival and presented by the Collectif Vacarme(s) Films, followed by a debate with PMN Editions and the United Campaign for the Liberation of Georges Abdallah.
The Dissident Club, 58 rue Richer, 75009 Paris

· Saint-Denis (France) · Thursday February 17 at 8 p.m.
Screening followed by a meeting with Saïd Bouamama (author of the book “The Georges Ibrahim Abdallah affair”) and a member of the Collectif Vacarme(s) Films
Cinéma L’ Ecran of Saint-Denis, 14 Passage de l’Aqueduc, 93200 Saint-Denis

If you wish to organize a screening of the film, do not hesitate to contact us at vacarmesfilms@gmail.com