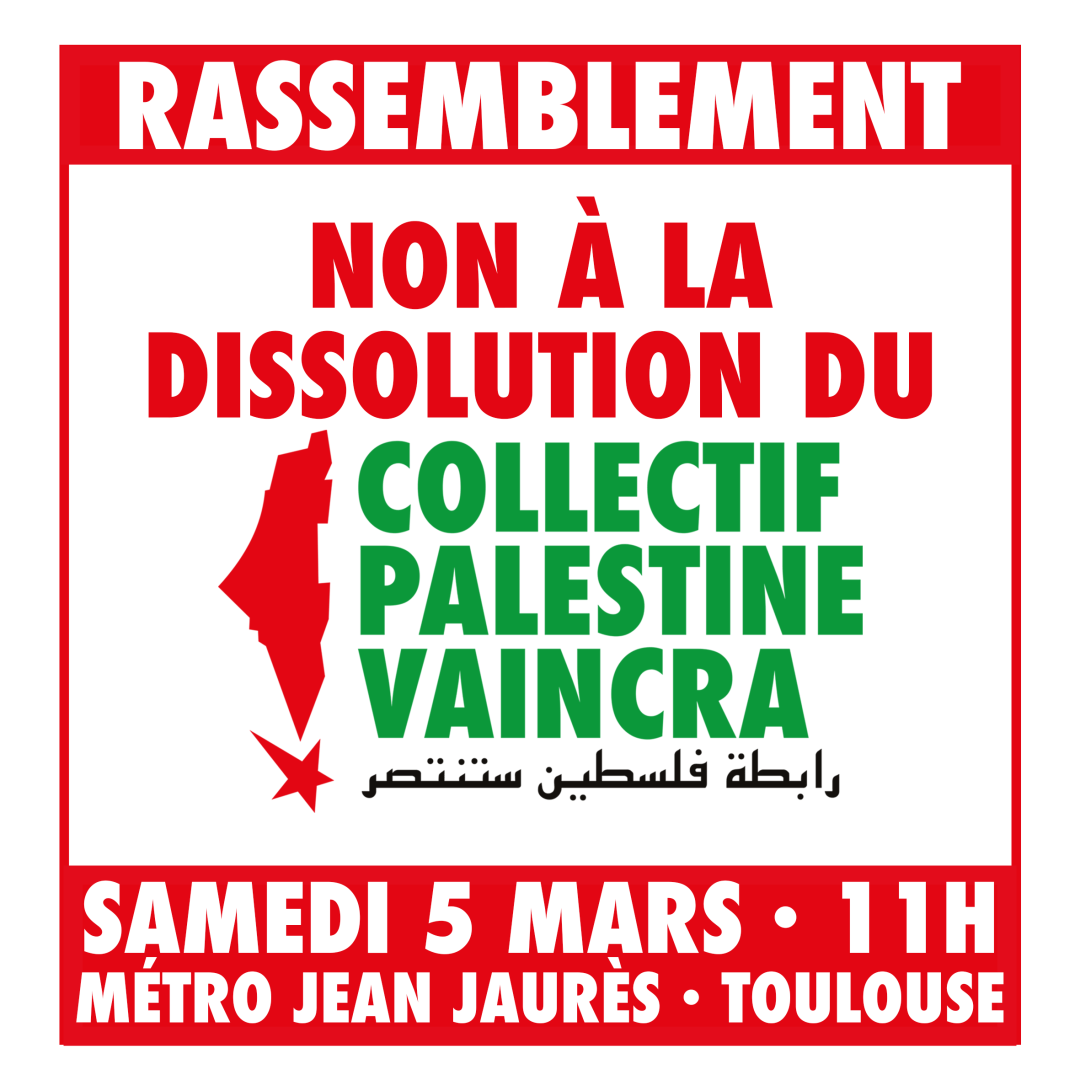 Gérald Darmanin, French Interior Minister, has just announced his desire to dissolve the Collectif Palestine Vaincra and another pro-Palestinian organization at the request of Emmanuel Macron. This scandalous decision is the result of a relentless campaign of defamation led by the Israeli far right and its agents in France against the Collectif, while we work to build solidarity with the Palestinian people against colonialism, racism and apartheid.

This announcement is a new step in the authoritarian escalation of the French government which has already dissolved, or threatened to dissolve, several Muslim, anti-racist or radical left media organizations. We will not be intimidated. Solidarity with Palestine is not only a right but a duty. We are already calling for a broad response from political organizations, trade unions, associations and collectives in support of the Collectif Palestine Vaincra and against the criminalization of the solidarity movement with Palestine.