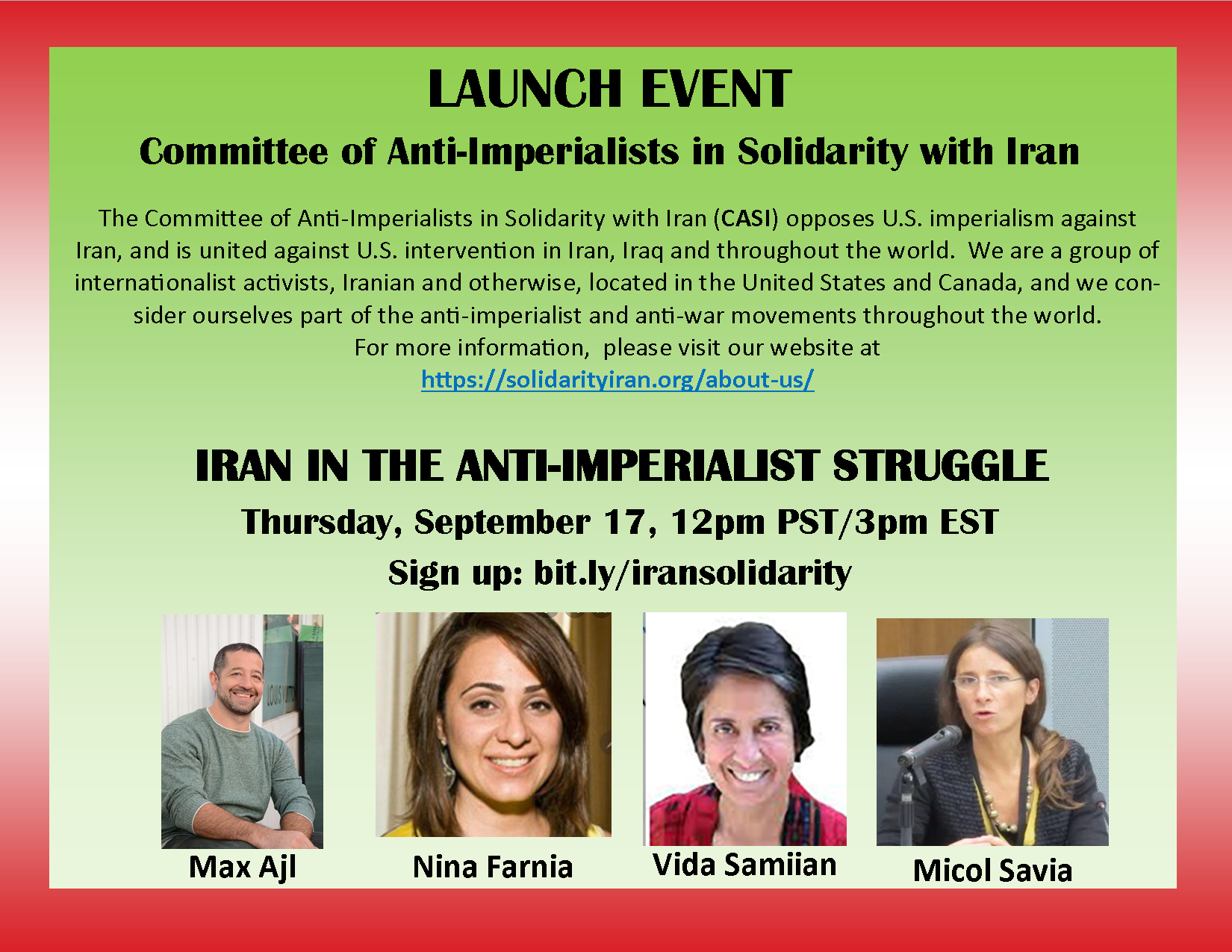 Iran is geographically situated at the intersections of three continents and borders two major bodies of water. It has 9% of the globe’s oil reserves, the fourth highest in the world, and over 25% of the globe’s gas reserves, the second highest in the world. The history of Iran includes one of the most significant socialist movements in the world. This movement is impressive not for its military prowess but for its grassroots organization. Its long history includes the brief but noteworthy socialist secession of several regions in the early twentieth century, widespread labor protests that rocked the world’s access to oil and gas in the mid-twentieth century, and a revolution that, along with a multitude of other political forces, toppled the violent U.S.-backed dictatorship of Mohammad Reza Shah in 1979. Rooted in internationalism, elements of the Iranian left have worked closely with the Palestinians, the South African anti-apartheid movement, the Black Liberation Movement in the United States, indigenous peoples in the United States, Third World feminist struggles, and many others over the long twentieth century.

Because of this robust internationalist, socialist ethos coupled with its geographic significance, Iran has been subject to European and later U.S. domination for over a century. Join us at our organization’s launch event to learn more about the upcoming work of CASI, to discuss the geopolitics that drive U.S. imperialism in Iran and the Arab region today, and how sanctions are ravaging the lives of Iranians.

Launch event for the Committee of Anti-Imperialists in Solidarity with Iran https://solidarityiran.org

Committee of Anti-Imperialists in Solidarity with Iran