US: A Day Against Fascism and Racism 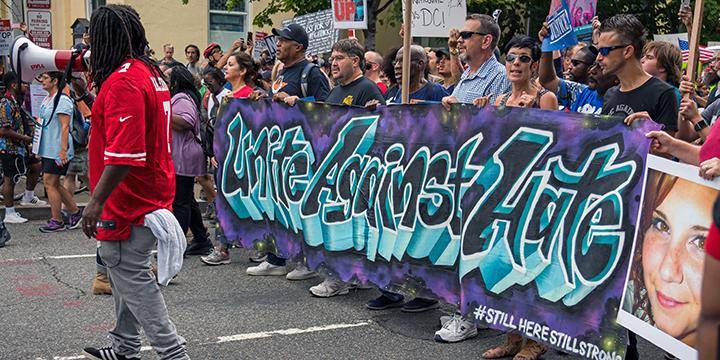 December 10: A Day of Action Against Fascism and Racism

The Trump administration has emboldened the growth of the alt-right, far-right, and fascists across North America. We have seen the consequences: from the deadly white supremacist attacks in Charlottesville; to the antisemitic massacre in Pittsburgh; the racist murder of Black people in Louisville; the deadly violence against women; and attacks against immigrants and refugees. We have also seen organized assaults against anti-fascist protesters.

The rise of fascism in the United States further emboldens the growth of the far-right and fascism internationally. We have seen the spread of far-right governments and fascist movements from Hungary, to India, the Philippines, and most recently with the election of Jair Bolsonaro in Brazil.

We are organizations and activists calling for this December 10, long recognized as “International Human Rights Day,” to be a Day of Action Against Fascism and Racism.

We come together against the attacks on migrants and refugees, Muslim and Jewish communities, Black and Brown people, transgender and queer people, women, Indigenous peoples and their sovereignty, the disabled, and all other working class and oppressed communities. An injury to one is an injury to all.

Some things you can do as individuals, organizations, or coalitions on Dec. 10:

-Affirm and celebrate anti-fascism and anti-racism in community, artistic, or cultural events.

See you on Monday, December 10

Endorsements of this call to action include (list in formation)…

*Organization listed for identification purposes only