Vancouver: #BoycottPuma: Give Puma the Boot! 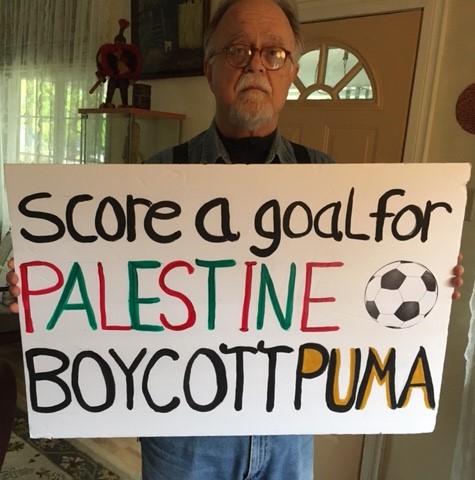 Join Canada Palestine Association and BDS Vancouver on Oct. 27th to help launch our #BoycottPuma campaign! Take a photo of yourself or with a few friends holding a Boycott Puma sign. If there is a Puma outlet near you, consider doing a small action there and send us your photos and videos.

Lets give Puma the boot!

Global sportswear manufacturer Puma is involved in violations of international law and human rights. Puma is the main sponsor of the Israel Football Association (IFA), which includes teams in Israel’s illegal settlements on occupied Palestinian land.

In addition, Puma’s exclusive licensee in Israel is Delta Galil Industries, which has branches in illegal Israeli settlements. Delta is listed in the UN database of companies that are complicit in Israel’s illegal settlement enterprise.

(This event is also part of the ILPS month of global solidarity with Palestine.)