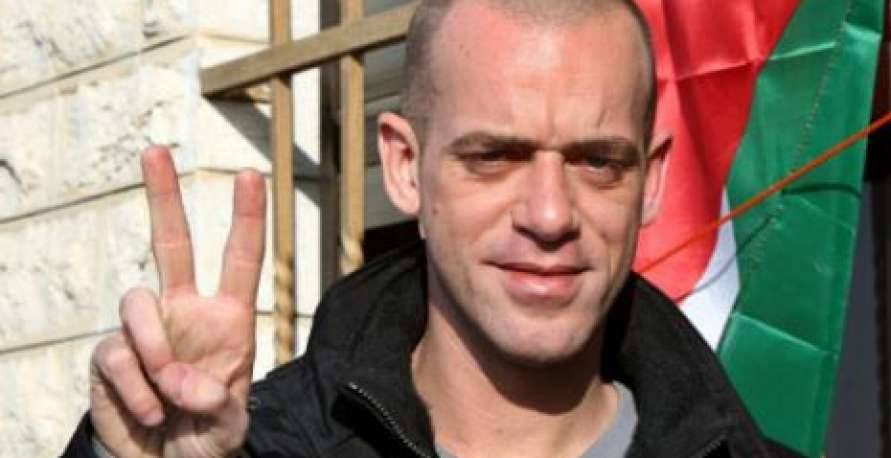 Salah Hamouri, former Palestinian prisoner in Israeli jails and Palestinian-French dual citizen, has been prohibited from entering the West Bank for an additional 6 months by an Israeli military order. Hamouri, who was released in the 2011 Wafa al-Ahrar prisoner exchange between the Israeli occupation and the Palestinian resistance, was summoned to the “Russian Compound” by Israeli intelligence and given the decision. A Jerusalemite, Hamouri is now banned from entering the West Bank until 22 March 2016.

This is the second such order against Hamouri; the first was issued in March 2015 by Israeli military order. The order had expired on 22 September, but Hamouri was surprised on Tuesday, 29 September by a new ban on his entry into the West Bank. The renewed order was justified on vague grounds of him posing a “threat to the security of the area;” Hamouri said that in practice, the objective of the occupation is to put ever more pressure on the Palestinians in general and Jerusalem in particular, especially at this time of growing uprising in Jerusalem.

In response to the current Israeli attacks on Jerusalem, Hamouri said that what is happening there now is a harbinger of the outbreak of a third intifada. “What is happening in Jerusalem is the resistance of the people of the city in response to a constant state of escalation of Zionist crimes. It is a natural response to years of accumulation of political, social and economic pressure exercised by the occupation forces against the people of Jerusalem. These responses or intifadas of Jerusalem will not truly develop, however, into a massive popular intifada if a revolutionary uprising does not occur in all parts of the country, and especially in the West Bank and Gaza,” said Hamouri.