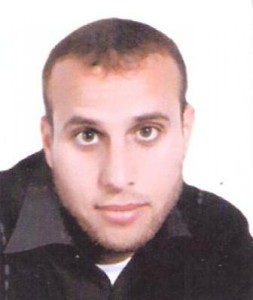 Fuad Assi, 30, launched a hunger strike against his administrative detention without charge or trial, announced Mohja Jerusalem Foundation on Monday, 4 April. He joins fellow hunger strikers Sami Janazrah, Imad Batran, Abdel-Rahim Sawayfeh and Abdul-Ghani Safadi, refusing food in protest of administrative detention. Mohammed Daoud is on open hunger strike; a former prisoner released in 2011 in the Wafa al-Ahrar prisoner exchange with the Palestinian resistance, he was arrested in late 2015 and the remaining five years of his sentence arbitrarily reimposed upon him. Nahar Saadi and Abdullah al-Mughrabi are on open hunger strike against their solitary confinement, demanding a return to the general prison population.

Janazrah, on hunger strike since 3 March, was transferred two days ago to hospital; his family is urging action for his freedom amid the deterioration in his health. 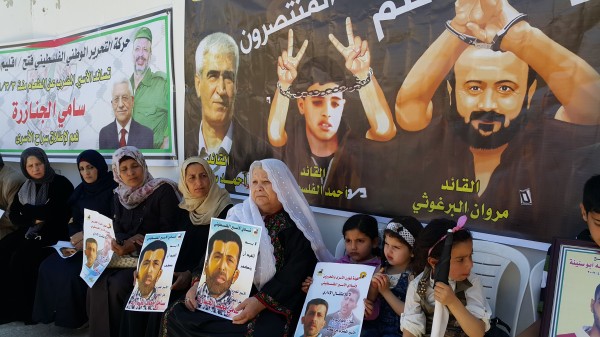 Assi has been imprisoned without charge or trial since August 2015. He has spent nearly five years in Israeli jails in three previous arrests; his brother, Mohammed Assi, was killed by Israeli occupation forces on 22 October 2013.

A protest in Al-Khalil yesterday highlighted Janazrah’s case on his 31st day of hunger strike, including families of Palestinian prisoners and political activists. The Palestinian Prisoners’ Society called for the sit-in outside the office of the International Committee of the Red Cross; Ahmad al-Najjar of PPS called for urgent action by the ICRC to protect the striking prisoners.

Samidoun Palestinian Prisoner Solidarity Network urges people of conscience around the world, Palestine solidarity organizations and supporters of justice to take action in support of these Palestinian prisoners on the front lines in the struggle against occupation and apartheid. It must not take two and three months of starvation for the calls of Palestinian prisoners for freedom to be heard and heeded; it is necessary to mobilize now and build support for not only the hunger strikers, but for all over 7,000 Palestinian prisoners, imprisoned in Israeli jails for seeking the freedom of their people.

1. Protest at the Israeli consulate or embassy in your area.  Bring posters and flyers about administrative detention and Palestinian hunger strikers and hold a protest, or join a protest with this important information. Hold a community event or discussion, or include this issue in your next event about Palestine and social justice. Please email us at samidoun@samidoun.net to inform us of your action – we will publicize and share news with the prisoners.

2. Contact political officials in your country – members of Parliament or Congress, or the Ministry/Department of Foreign Affairs or State – and demand that they cut aid and relations with Israel on the basis of its apartheid practices, its practice of colonialism, and its numerous violations of Palestinian rights including the systematic practice of administrative detention. Demand they pressure Israel to free the hunger strikers and end administrative detention.