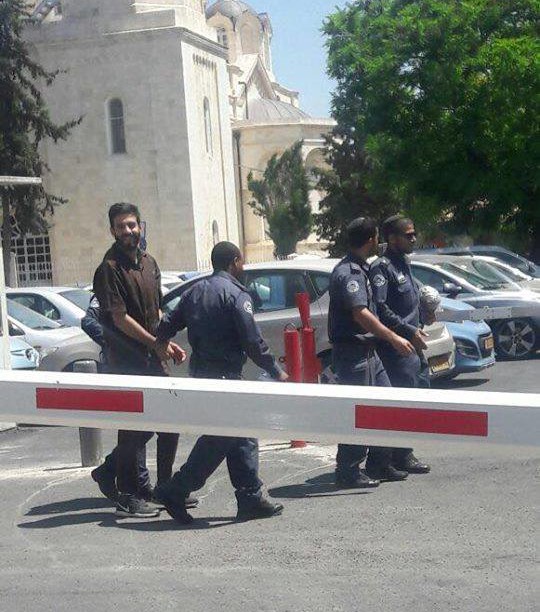 The detention and interrogation of Palestinian journalist and human rights activist Hasan Safadi, the Arabic media officer of Addameer Prisoner Support and Human Rights Association, was extended on Sunday, 8 May for six additional days, until Friday, 13 May.

Safadi, 25, was arrested by Israeli occupation forces on 1 May while crossing Al-Karameh/Allenby bridge between Palestine’s West Bank and Jordan; he has been held since then in Moskobiyyeh interrogation center in Jerusalem. His detention was originally ordered until today, 8 May, and was extended in the Jerusalem Magistrate Court.

The arrest of Safadi is part of the continued attack on Palestinian journalists and media workers, which includes the administrative detention without charge or trial of Omar Nazzal, member of the General Secretariat of the Palestinian Journalists’ Syndicate; Mohammed al-Qeeq, who conducted a 94-day hunger strike for his release; Sami al-Saee, reporter for Al-Fajr; Musab Kafisheh, freelance journalist; Mohammed Kaddoumi, freelance journalist; and Ali Al-Oweiwi, an announcer on Arabah radio station.

Samidoun calls for the immediate release of Safadi and his fellow imprisoned human rights defenders, journalists, and all 7,000 Palestinian prisoners in Israeli occupation prisons.