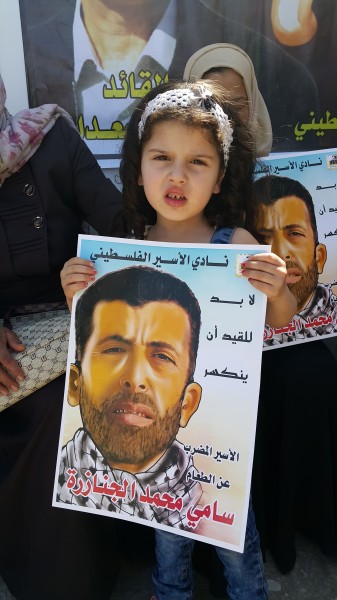 Janazrah, 43, struck for 70 days before suspending his strike for one week after an Israeli Supreme Court hearing in which the military prosecution stated they would re-investigate Janazrah’s case. He resumed his strike one week later when he remained held under administrative detention, only to end the strike again when the military prosecution announced he would be charged with “incitement” for posting on social media.

Over 150 Palestinians have been arrested by the Israeli occupation over social media posts, mostly on Facebook. However, Palestinian lawyer Jawad Boulos reported that on Monday, 23 May, the charges were rejected by the Ofer military court and that Janazrah would be released the following Monday, 30 May.

Samidoun Palestinian Prisoner Solidarity Network celebrates the accomplishment and achievement of Sami Janazrah, through steadfastness, resistance and struggle, in a great line of Palestinian prisoners who are confronting occupation, racism and injustice on a daily basis inside Israeli prisons. We urge all to remain vigilant on Janazrah’s case until he is released, and to continue to organize and build international solidarity until administrative detention is abolished and all Palestinian prisoners are freed.