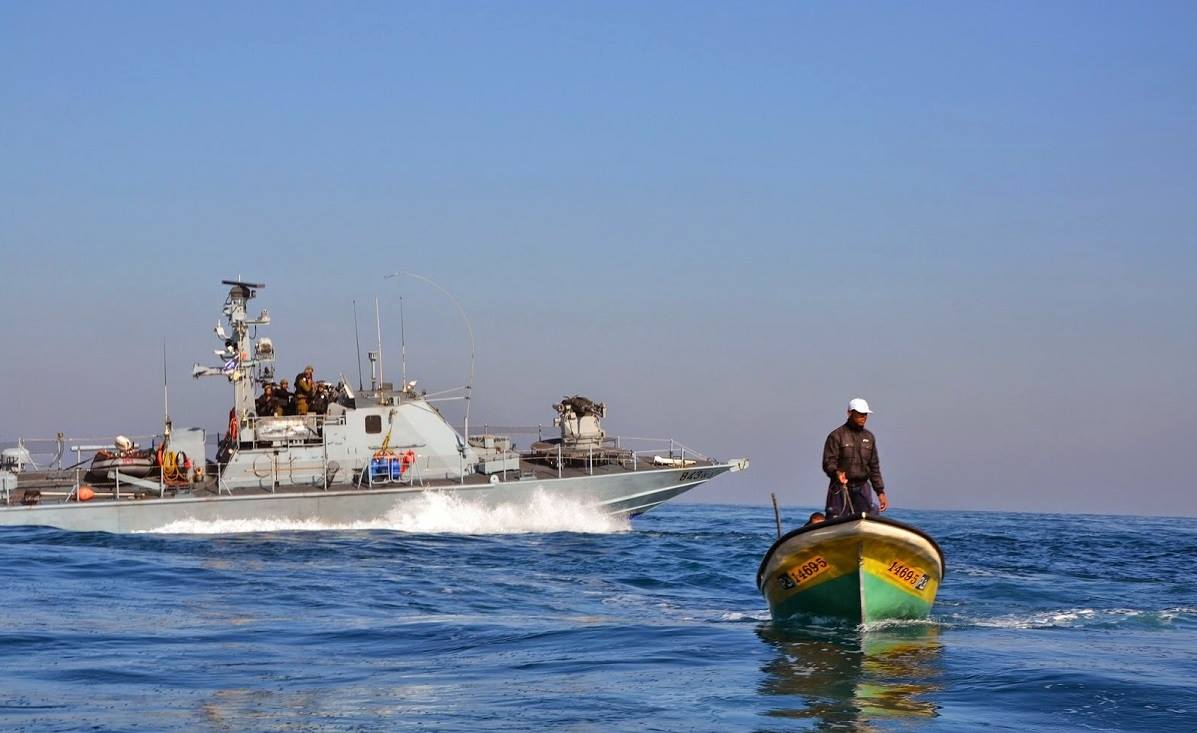 Zakaria Baker of the UAWC, which organizes fishers and farmers for land defense and mutual support and solidarity, said that these violations against fishers in Gaza have only increased since the proclaimed decision of the Israeli occupation to “extend” the fishing area to 9 nautical miles – a decision retracted on Monday – saying that fishers could not make use of this distance because they were prevented by force of arms. The fishers were attacked this morning 5 nautical miles out to sea, Baker said. Further, Israeli occupation forces fired on fishing boats northwest of Gaza city, damaging a fishing boat and forcing the fishermen to flee for safety, and in the sea off Deir al-Balah, firing live bullets pushing the fishers back to the beach.

On Monday, Israeli occupation naval forces said that the extended fishing zone had been “temporary,” for the fishing season, and that the fishing zone was again six nautical miles.  The limit has frequently been used as a means of pressure and of maintaining the naval siege on Gaza; while the Oslo Accords set Gaza fishers’ zone as 20 nautical miles, the Israeli occupation has unilaterally lowered it to an area as small as three nautical miles, extended to six in 2014.

The fishing economy in Gaza – which supports 70,000 Palestinians – has been nearly destroyed by the naval siege on Gaza and the attacks on Palestinian boats, causing expensive boat damage to small fishing families who cannot afford repairs and preventing Palestinian fishers from entering deep waters where mature fish are available. Fishers in Gaza have lost 85% of their income since 2006 and the tightening of the siege.

On 30 May – 4 June 2016, activists are engaged in campaigns against the siege on Gaza – the denial of reconstruction, the smothering of the Palestinian economy, the closing of the crossings and denial of freedom of movement, the prevention of trade, the aerial attacks on Gaza, the firing on Palestinian farmers and destruction of Palestinian agriculture in the “no-go zone” near the border, and the strangling of the Palestinian fishery of Gaza – demanding an end to 10 years of Israeli siege with international support and complicity, and the involvement of the Egyptian state.

The actions mark ten years of siege and six years since Israel naval commandos attacked the international Freedom Flotilla to Gaza, killing ten Turkish activists seeking to break the naval siege. The occupation’s draconian restrictions on the movement of people and goods, along with its repeated military onslaughts and their destruction of Palestinian industry, resources, infrastructure, and life, have pushed the local unemployemt rate to 41.2%, the highest in the world. 75,000 remain displaced following Israel’s destruction of their homes, which have yet to be rebuilt, during its 2014 bombardment. Family members, patients, students, and workers are trapped, with over 25,000 having applied for rare permits to leave through the one crossing with Egypt.

Samidoun Palestinian Prisoner Solidarity Network urges protests and actions to support the besieged fishers in Gaza, and raising the voice of Palestinian fishers to end the attacks and break the siege on Gaza. Samidoun in New York City will rally on Friday, 3 June at 4:00 pm outside the offices of G4S at 19 W. 44th Street in New York City. G4S, the world’s largest security company and second-biggest private employer, equips Israeli prisons and detention centers where Palestinian prisoners, including many fishermen detained off the coast of Gaza, are held and tortured, as well as the occupation forces and infrastructure – like checkpoints surrounding the Gaza Strip – routinely used to massacre Palestinians while holding millions under military rule.

1. Organize or join a protest against the attacks and arrests of Palestinian fishers and the siege on Gaza, outside your national government buildings, local Israeli embassy, G4S office, or corporation involved in the occupation. If you are in New York, join Samidoun’s protest – elsewhere, send us your local protests against the attacks on Palestinian fishers in Gaza. Email us at samidoun@samidoun.net.

2. Contact political officials in your country – members of Parliament or Congress, or the Ministry/Department of Foreign Affairs or State – and demand that they cut aid and relations with Israel on the basis of its apartheid practices, its practice of colonialism, and its numerous violations of Palestinian rights including the siege on Gaza and the attacks on fishers. Demand they pressure Israel to stop attacking Palestinian fishers and strangling Palestinians in Gaza. In the United States, call the Israel/Palestine Bureau at the State Department at 202-647-3930 and the White House – 202-456-1111. Demand action on the Gaza Siege and an end to aid to Israel. In the UK, call UK Foreign and Commonwealth Office, Philip Hammond, MP, +44 20 7008 1500. In Canada, call Foreign Minister Stephane Dion: 613-996-5789.