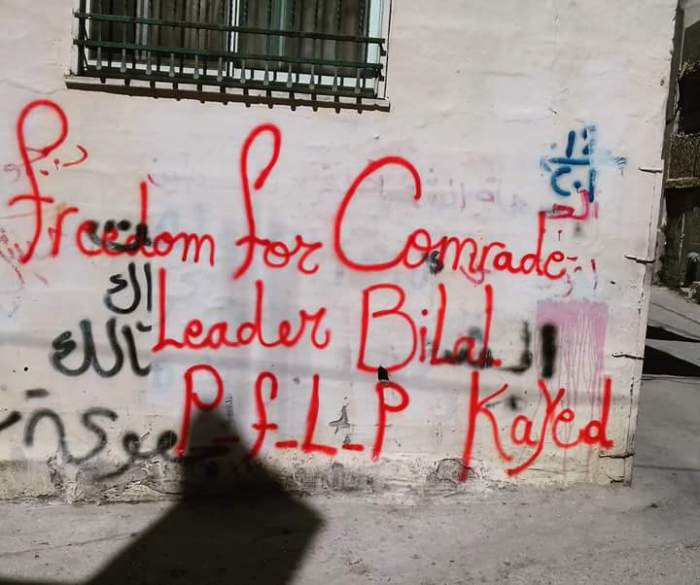 Palestinian prisoners affiliated with the Popular Front for the Liberation of Palestine are carrying out a two-day hunger strike in all Israeli prisons demanding the freedom of Bilal Kayed. Kayed, 35, is a prominent prisoner leader who was scheduled for release on 13 June after 14 1/2 years in Israeli prison – instead of release, he was instead ordered to six months’ administrative detention without charge or trial.

Kayed has launched an open hunger strike demanding his freedom, and fellow prisoner are engaged in an escalating wave of strikes and protests joining in the campaign. Prisoners view Kayed’s case as one of great importance; in particular, the order to administrative detention after a lengthy sentence seems an attempt to set a precedent for the future indefinite detention of Palestinian prisoners after the expiration of their sentences.

Israeli prison forces have invaded multiple sections of striking prisoners in Ramon prison; water and cooling systems have been shut down to strikers’ sections, while personal belongings and appliances have been confiscated. An urgent message from prisoners “called on the Palestinian people and all strugglers for freedom…to go to the streets and the squares, and confront the Israeli soldiers at roadblocks and checkpoints and Ofer prison against the repression of the prisoners’ movement.”

Protests are being planned in Palestine in various locations, including Nablus and Dheisheh refugee camp; international actions are being organized in response to a global call to action focusing on 24 and 25 June.