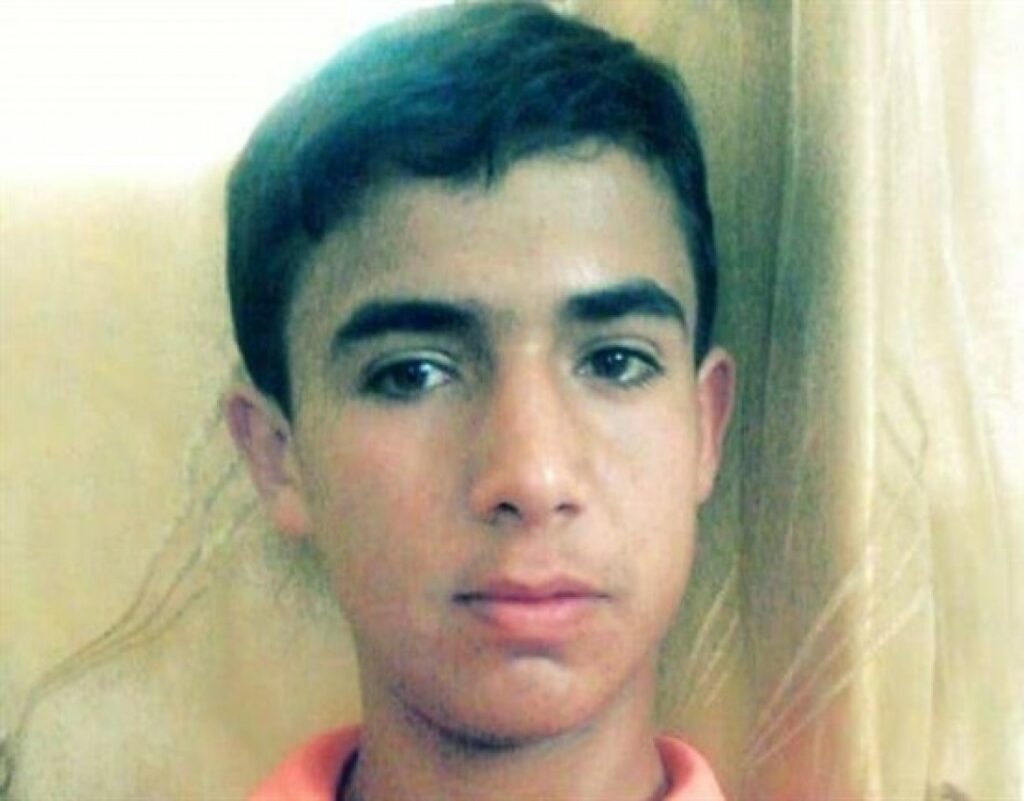 17-year-old Palestinian prisoner Jalal Sharawna has been engaged in a hunger strike for five days against his mistreatment in Israeli prisons. Sharawna, who was shot in the leg by Israeli soldiers when they invaded his town of Dura in October 2015, had his leg amputated by Israeli surgeons in Assaf Harofeh hospital in November 2015; neither his parents nor his lawyer were consulted in the decision to amputate his leg.

In November 2015, a mock funeral for the leg, highlighting the mistreatment of Palestinian prisoners, was held in Sharawna’s hometown of Dura.

“What happened to Sharawna was an intentional and complex crime committed jointly by doctors at Assaf Harofeh and Ramla clinic without consulting the prisoner’s family,” the director of the prisoners’ society in Hebron, Amjad al-Najjar, said at the time.

Sharawna is currently held in Ramle prison clinic, where he faces very harsh conditions and little accommodation for his disability. His father, Shaher Sharawna, spoke to Asra Voice radio, saying that his son had suffered constantly since his arrest due to his shooting by Israeli soldiers in his hometown. His father also emphasized that Sharawna is a child whose rights as a child have never been respected.

Sharawna’s hunger strike comes as Bilal Kayed is on his 19th day of hunger strike. Kayed, 35, has been on strike since 15 July in rejection of his order to administrative detention without charge or trial after the completion of his 14.5 year prison sentence in Israeli jails.

Palestinian and international activists have organized rallies and actions in support of Kayed’s strike; his case threatens a dangerous precedent of the indefinite detention of Palestinian prisoners following the expiration of lengthy sentences.

Hundreds of Palestinian prisoners, many associated with the leftist Popular Front for the Liberation of Palestine, Kayed’s party, have engaged in protests and limited-duration hunger strikes to demand Kayed’s freedom. The Palestinian Prisoners’ Society reported on Sunday, 3 June, that PFLP prisoners in Hadarim prison are denied family visits and reduced access to the “canteen” (prison store) in retaliation for their hunger strikes and protests for Kayed’s release.

Kayed is one of nearly 750 Palestinians held without charge or trial under indefinitely-renewable administrative detention orders, while Sharawna is one of over 330 Palestinian children held in Israeli prisons, facing a severe injury in the Ramle prison clinic.