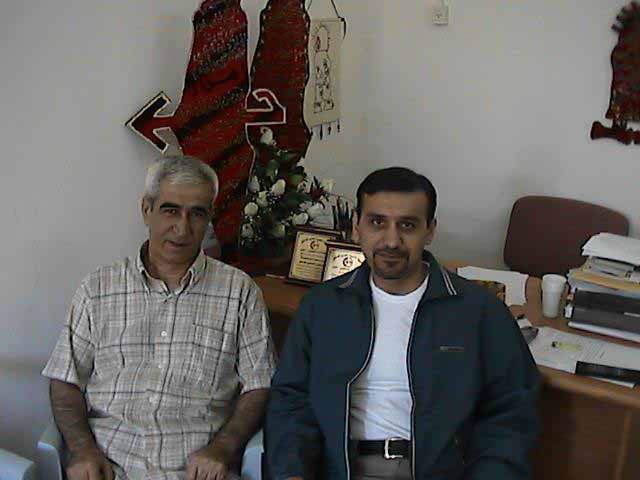 Ahed Abu Ghoulmeh, a leader of the Popular Front for the Liberation of Palestine who has been on hunger strike for a week as part of the collective hunger strike in solidarity with imprisoned hunger striker and prisoners’ movement leader Bilal Kayed, is facing serious health deterioration as of Saturday afternoon, 6 August, reported Asra Voice. He is being held in isolation since he launched the strike; despite vomiting blood, severe joint pain, headache and fatigue, he has not received medical tests or been transferred to the hospital.

In addition, Ahmad Sa’adat, the General Secretary of the PFLP, who also joined the collective strike one week ago to emphasize the high level of commitment of the PFLP and the prisoners’ movement to Kayed’s strike, has been threatened with further transfer to an “unknown destination” in solitary confinement for continuing his strike.

Both are part of a group of over 100 Palestinian prisoners engaged in a collective hunger strike in support of Kayed’s demand for freedom. Kayed, 34, has been on hunger strike for 54 days. He has been imprisoned without charge or trial under administrative detention since the expiration of his 14.5 year prison sentence on 13 June. He immediately launched his hunger strike to demand his immediate freedom; a leader inside the prisons in hunger strikes and prisoner organizing, his strike has drawn widespread support from fellow prisoners. His case threatens a dangerous precedent for all Palestinian prisoners facing indefinite administrative detention upon the expiration of their sentences. Prominent prisoners, including Sa’adat, Abu Ghoulmeh, journalist Omar Nazzal, youth organizer Hassan Karajah, prisoner leaders Wael Jaghoub and Kamil Abu Hanish, Jerusalemite activist Nasser Abu Khdeir and dozens more have joined the collective hunger strike protest for Kayed’s freedom.

Both Sa’adat and Abu Ghoulmeh were seized from the Palestinian Authority’s Jericho Prison, where they had been held under US and British guard, on 14 March 2006 when the Israeli occupation army attacked the prison with tanks and bulldozers in order to abduct the two along with their comrades held inside the prison.