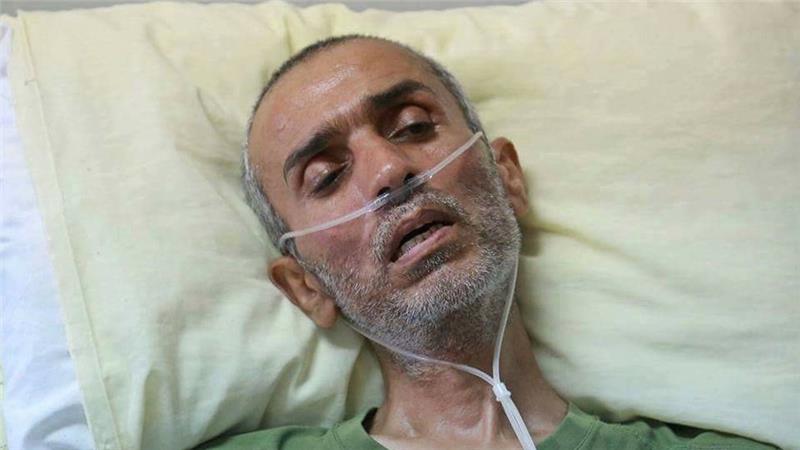 Former Palestinian prisoner Naim Shawamreh died on Tuesday, 16 August, three and a half years following his release from Israeli prisons. He developed muscular dystrophy while imprisoned and his family reports that he was constantly subject to medical neglect during his time in prison.

Shawamreh was released at the end of 2013 after 19 years in prison; he was immediately taken to hospital and since that time sought treatment abroad, yet his disease continued to progress. Issa Qaraqe, chair of the Prisoners Affairs’ Commission, said that Shawamreh’s death is an example of the results of medical neglect upon Palestinian prisoners in Israeli jails, only to be released to a swift death.

Shawamreh, 46, died at the Al-Ahli medical center in al-Khalil. “In general, there is an attitude in Israeli jails of disregard for all prisoners, and on all levels – whether from an Israeli dentist or physicians that deal with chronic diseases. They are deliberately slow in giving the prisoners treatment. Often it takes the prison services months or even years to get a patient to surgery,” said Muhammad el-Azza, a lawyer with Addameer Prisoner Support and Human Rights Association, in an interview with Al-Jazeera.

In particular, the Ramle prison clinic – where Shawamreh was held prior to his release – is infamous for poor treatment, shackling of very ill prisoners, and lack of assistance for disabled prisoners.

There are over 700 total prisoners who receive frequent treatment in prison infirmaries, often receiving only painkillers, including 150 with serious health issues and diseases. Receiving necessary tests, treatments and surgeries is a constant battle and treatment is often delayed.

Bassam Sayeh, 45, a resident of Nablus imprisoned since 8 October, suffers from leukemia and heart failure and is held in the Ramle prison clinic. His medical condition has deteriorated rapidly to the point where he must use a wheelchair and cannot speak audibly. He was taken to the Assaf Harofeh medical center after experiencing severe pain, difficulty breathing and a lung infection.

Samidoun Palestinian Prisoner Solidarity Network emphasizes the full responsibility of the Israeli occupation for the life and health of Palestinian prisoners, and demands accountability for occupation officials for the ongoing and systematic practice of medical neglect against Palestinian prisoners. Medical neglect and mistreatment has taken and continues to take the lives of imprisoned Palestinians, or Palestinians released only to die shortly thereafter. Mobilization to free sick prisoners is critical to protect their lives and their health from an occupation prison system of slow death which takes lives and destroys health.