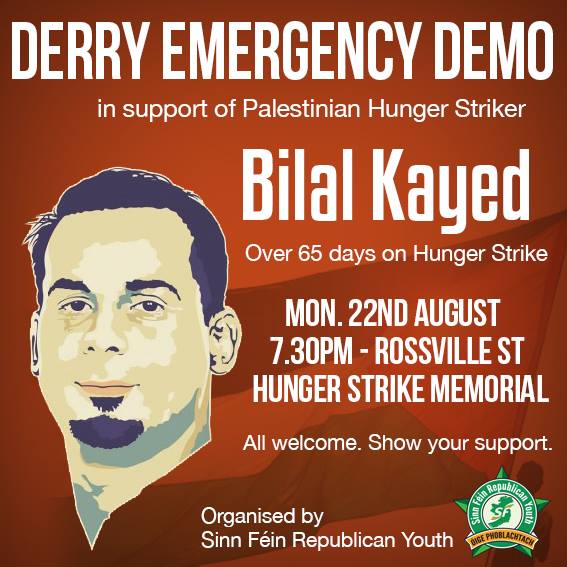 Bilal Kayed has been on Hunger Strike in Palestine for over 65 days.

After 14.5 years in Israeli prison, on the day of his release after the full completion of his sentence, 13 June 2016, he was instead ordered to six months’ indefinitely-renewable administrative detention without charge or trial. He immediately launched his strike. He is one of 750 Palestinians held in administrative detention and 7000 total prisoners.

SFRY in Derry are calling on the people of Derry to come out and show support for the Bilal and all of the Palestinian Hunger Strikers, their struggle is our struggle.

This year marks the 35th anniversary of the 1981 Hunger Strike in Ireland where 10 young men lost their lives.

Join us and spread the word. #FreePalestine