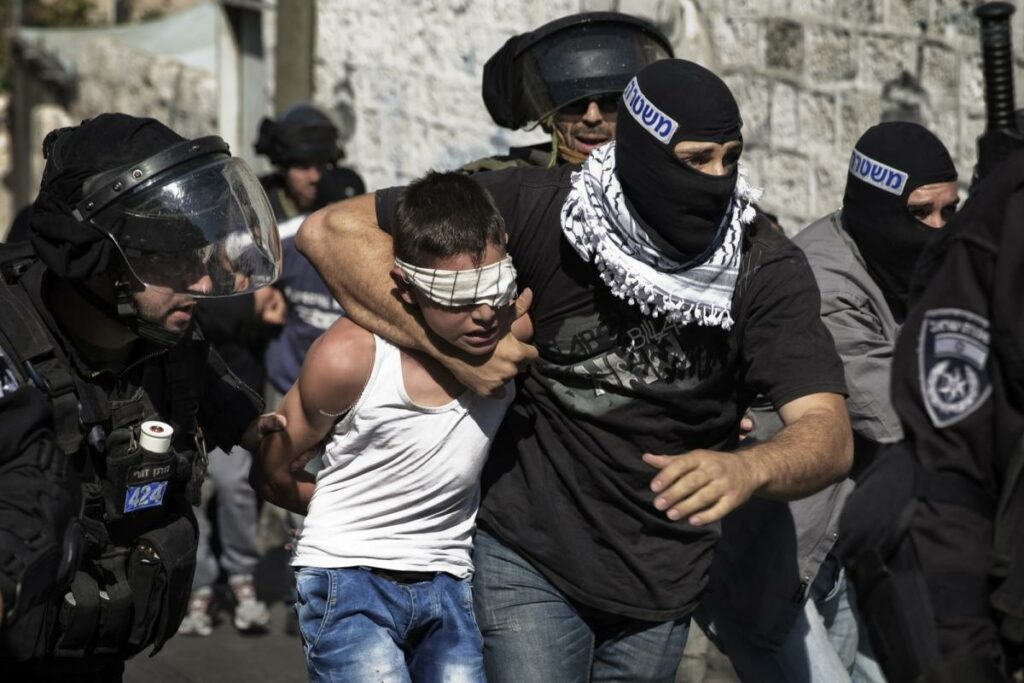 Nearly all Palestinian children arrested by Israeli occupation forces are subject to physical or psychological torture, including threats against family members, kicking and hitting and other forms of abuse.

A Palestinian Prisoners’ Society lawyer, Jacqueline Farraja, said on Thursday, 18 August that a 16-year-old prisoner in Etzion prison, Ahmad Yousry Maswadah of al-Khalil, was assaulted by Israeli occupation forces with a rifle and electric shocks while blindfolded and taken away by a military vehicle, noting that he continues to suffer pain in his hands from the attack.

Palestinian children can be held up to 90 days under interrogation, and are more frequently subjected to solitary confinement in an attempt to induce confessions under interrogation. “Israeli authorities apparently use isolation to create a psychologically compelling situation for the child detainee, and then vulnerability increases when access to legal counsel is denied,” said Ayed Abu Eqtaish, Accountability Program director at Defence for Children International Palestine. “The practice of using solitary confinement on children, for any duration, is a clear violation of international law, as it amounts to cruel, inhuman or degrading treatment or punishment, and in some cases, torture.”