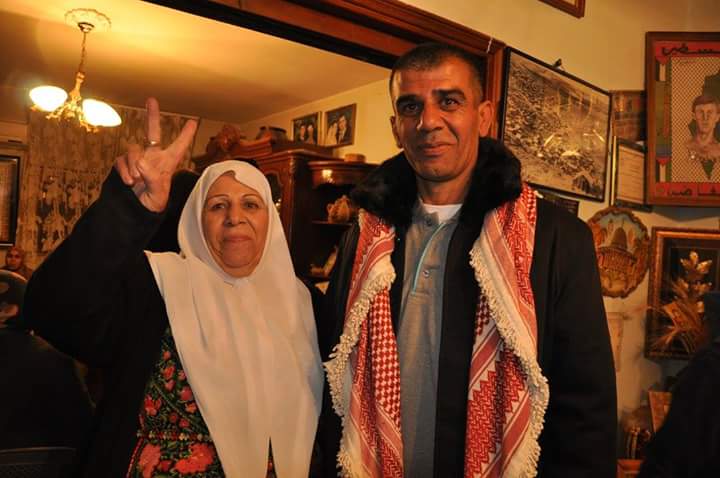 Former hunger striker and leader in Dheisheh refugee camp, Nidal Abu Aker, was among 16 Palestinians arrested in pre-dawn raids by Israeli occupation forces throughout the West Bank. Abu Aker was released from administrative detention without charge or trial following the “Battle of Breaking the Chains” in December 2015; his fellow striker, Ghassan Zawahreh, had been freed in November 2015 and was re-arrested less than two weeks ago.

Seven Palestinians were injured with live fire by Israeli occupation forces during the invasion of Dheisheh refugee camp. Hundreds of Palestinians in the camp met the invading occupation army, throwing rocks at the military vehicles entering the refugee camp. Abu Aker is a prominent leader of the Palestinian left in the camp, which has been central in ongoing large mobilizations in support of hunger-striking Palestinian prisoner Bilal Kayed, today on his 56th day of hunger strike. A permanent solidarity tent is set up at the entrance of the refugee camp.

Abu Aker, 48, has spent over 14 years in Israeli prisons, most of them in administrative detention. His son, Mohammed Abu Aker, is also imprisoned in Israeli jails and is also on hunger strike as part of the collective hunger strike in support of Bilal Kayed. Two more of the hunger strikers of 2015’s “Battle of Breaking the Chains” against administrative detention are imprisoned and participating in the strike in support of Kayed, Zawahreh and Shadi Ma’ali. All are from Dheisheh refugee camp.