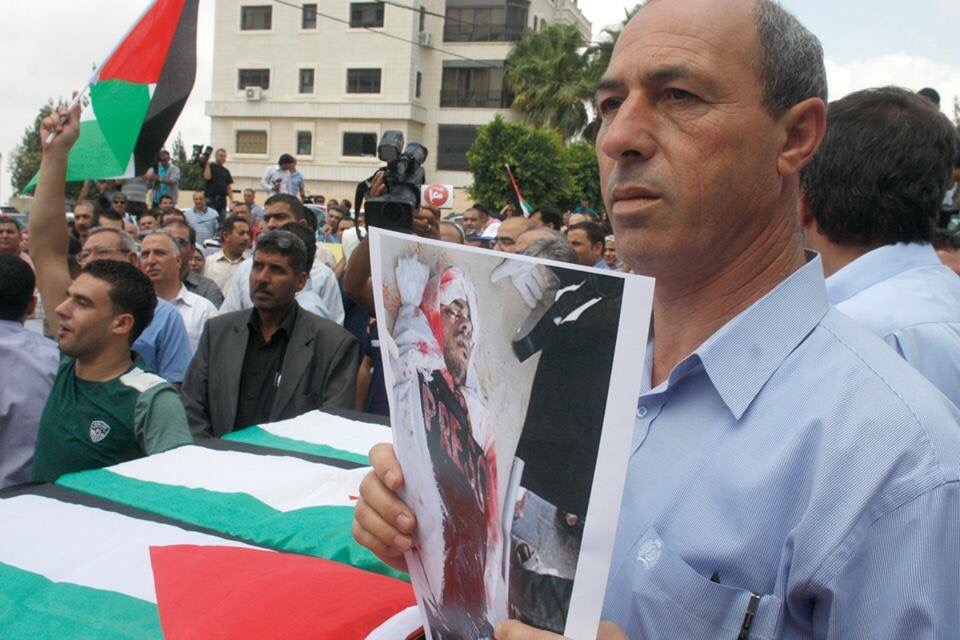 Journalist Omar Nazzal‘s administrative detention military order, imprisoning him without charge or trial, was renewed on Friday, 19 August by an Israeli military court for an additional three months.

Nazzal, a member of the General Secretariat of the Palestinian Journalists’ Syndicate, was arrested on 23 April as he crossed the Karameh bridge to Jordan on his way to attend the European Federation of Journalists conference in Sarajevo, Bosnia and Herzegovina. He was ordered to four months in administrative detention without charge or trial, on the basis of secret evidence. Administrative detention orders are indefinitely renewable.

Nazzal has been on hunger strike for 16 days in support of Bilal Kayed, striking for 67 days, and to demand his own freedom from administrative detention without charge or trial. He is one of over 20 Palestinian journalists imprisoned in Israeli jails; Nazzal’s case was one of those studied by the European parliamentarians’ and lawyers’ delegation that just left Palestine this week.