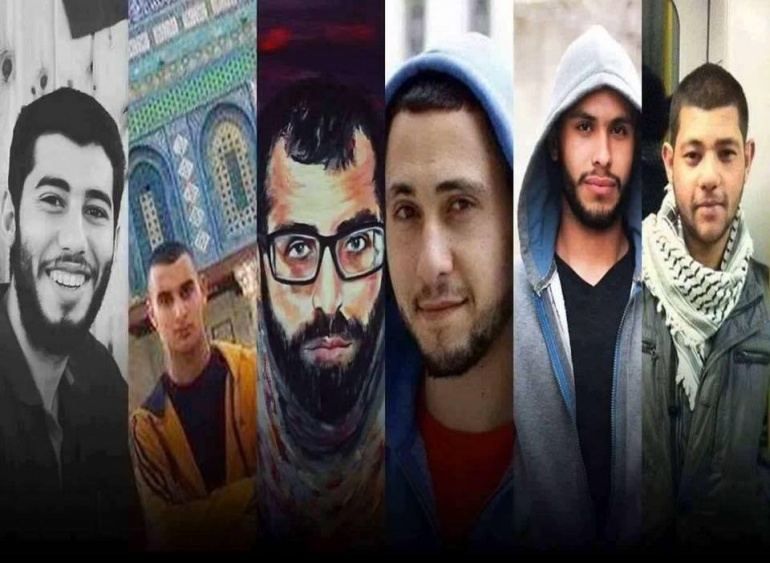 The six youth prisoners held in Palestinian Authority prisons since March/April 2016 as part of PA security coordination with Israel are now being held in isolation and denied family visits in the PA’s Beitunia prison near Ramallah.

Basil al-Araj, Haitham Siyaj, Mohammed Harb, Mohammed al-Salamen, Seif al-Idrissi and Ali Dar al-Sheikh launched a hunger strike to demand their release after the third continuation of their detention without charge or trial. The detained youth were subject to torture and abuse under interrogation.

According to their lawyers, as of today, they are now being denied family visits and have been ordered to isolation for 21 days. Samidoun reiterates its call for urgent international action to pressure the Palestinian Authority to immediately release these six Palestinian youth, clearly being imprisoned at the behest of the Israeli occupation.