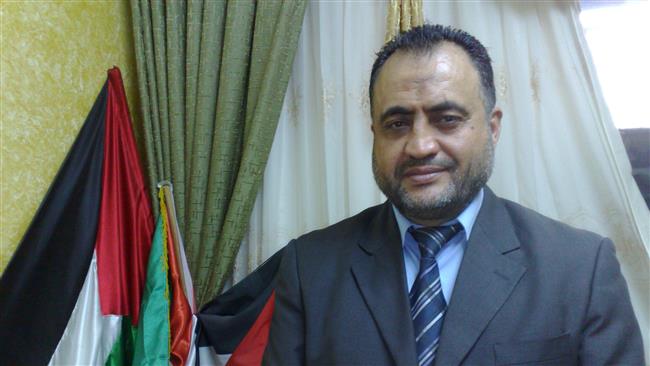 Wasfi Qabha, former Palestinian minister of detainees and ex-detainees in the government of Ismail Haniyeh, was sentenced to twelve months in Israeli prison by a military court on Wednesday, 28 September.  Qabha, a prominent leader in Hamas, has been repeatedly arrested by Israeli occupation forces and has spent a total of 12 years in Israeli prisons.

Qabha was arrested from his family home in Jenin by Israeli occupation forces in May; his wife stated that he was charged with a number of charges in the military courts related to his public activities in campaigns supporting Palestinian prisoners in Israeli jails. His sentence was accompanied with an 18-month suspended sentence and a 2,000 NIS (approximately $500) fine.

Also on Wednesday, member of the Palestinian Legislative Council Mohammed Jamal Natsheh was arrested among 43 others in pre-dawn arrest raids carried out by Israeli occupation forces throughout the West Bank. Natsheh was released from Israeli prisons after his previous arrest less than seven months ago.  He was previously imprisoned without charge or trial under administrative detention. A member of the PLC representing the Change and Reform bloc associated with Hamas, Natsheh has been repeatedly  b arrested since his election in 2006, usually ordered to administrative detention without charge or trial.

Also arrested in Jerusalem area were Areen Za’anin, Fathi Nasser, Hussam Jamzawi, Ahmad Sajidiya, Fares Aslan, Khalil Qureia and Medhat Khalil, the last a guard of the Al-Aqsa Mosque. Bilal Eid is only 16 while Ahmad Ali is only 15 years old; they are among over 370 Palestinian children held in Israeli jails.

On Thursday morning, at least 10 more Palestinians were reported arrested in violent raids by occupation forces, including former prisoners Amin Hamed, 60, and his son Abdelhadi Hamed, 30, arrested in Silwad east of Ramallah in a violent raid on their home, including the explosion of the door of their homes. Abdulhadi’s brother, Abdullah’s, home was raided as well by occupation forces. Their brother Akram is serving a 17-year sentence in Israeli prisons.