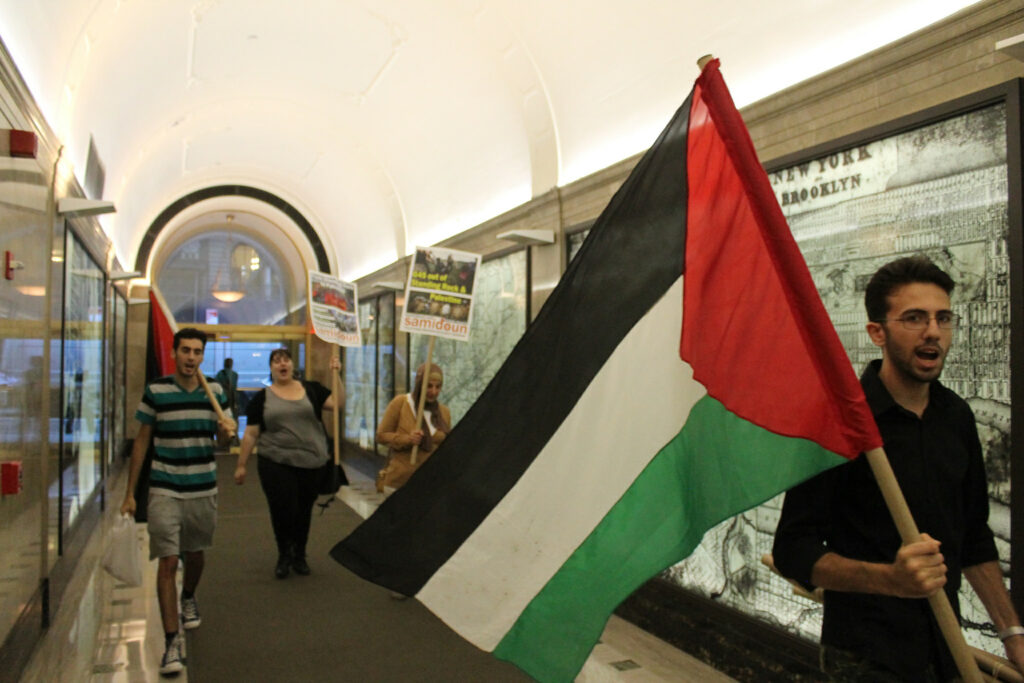 Protesters in New York City took the streets once again on Friday, 23 September outside the offices of British-Danish security corporation G4S, demanding the corporation end its involvement in the imprisonment of Palestinians and the suppression of indigenous resistance and protest at Standing Rock. 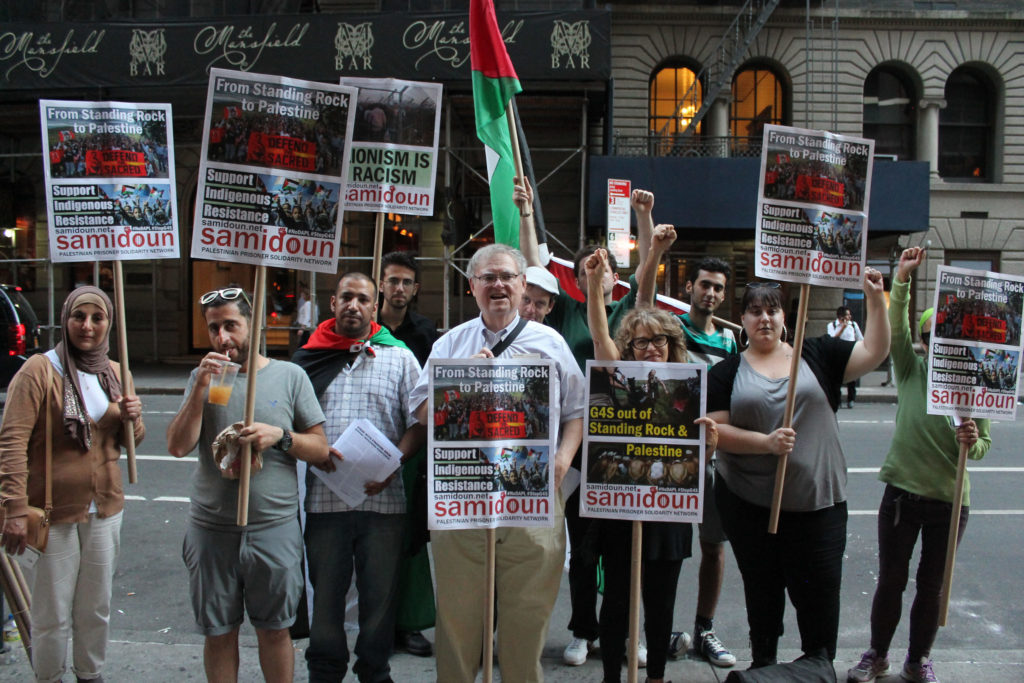 Samidoun Palestinian Prisoner Solidarity Network held its weekly protest outside the offices of the security corporation, subject to global boycott campaigns for its role in profiting from occupation and imprisonment in Palestine, as well as youth incarceration and migrant detention in the US, Canada, UK, Australia and elsewhere. Recently, G4S has come under even more scrutiny for its role as “backup security” against the indigenous blockade being led by the Standing Rock Sioux against the Dakota Access Pipeline project that threatens Native water and land. 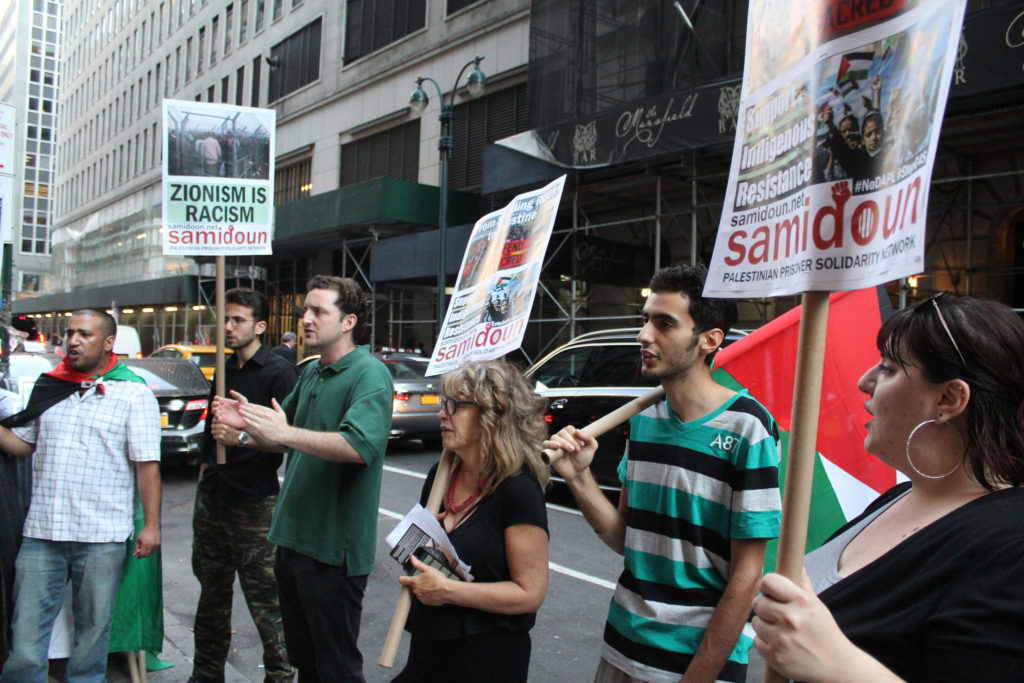 During the rally, participants marched twice through the public arcade of the office building, their chants to stop G4S and free Palestine echoing through the area. Speakers also emphasized the ongoing protests for Black liberation and against police killings, brutality and repression, including the Charlotte solidarity protest in New York City on Wednesday, 21 September at which one of the participants in Friday’s protest was targeted for arrest by the NYPD. Speakers also called for wide participation in ongoing protests, and in the 24 September event for imprisoned American Indian Movement leader Leonard Peltier. 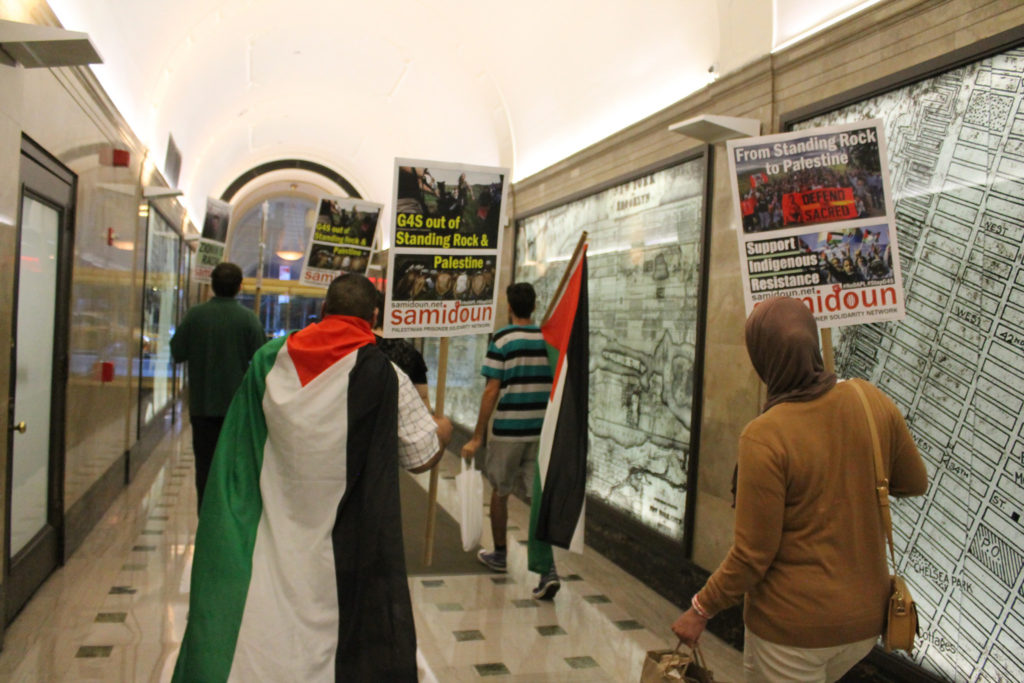 Samidoun will continue its weekly protests on Friday, 30 September, but will be protesting this week in a new location to highlight the role that Facebook is playing in participating with the Israeli state in the silencing and repression of Palestinian voices. 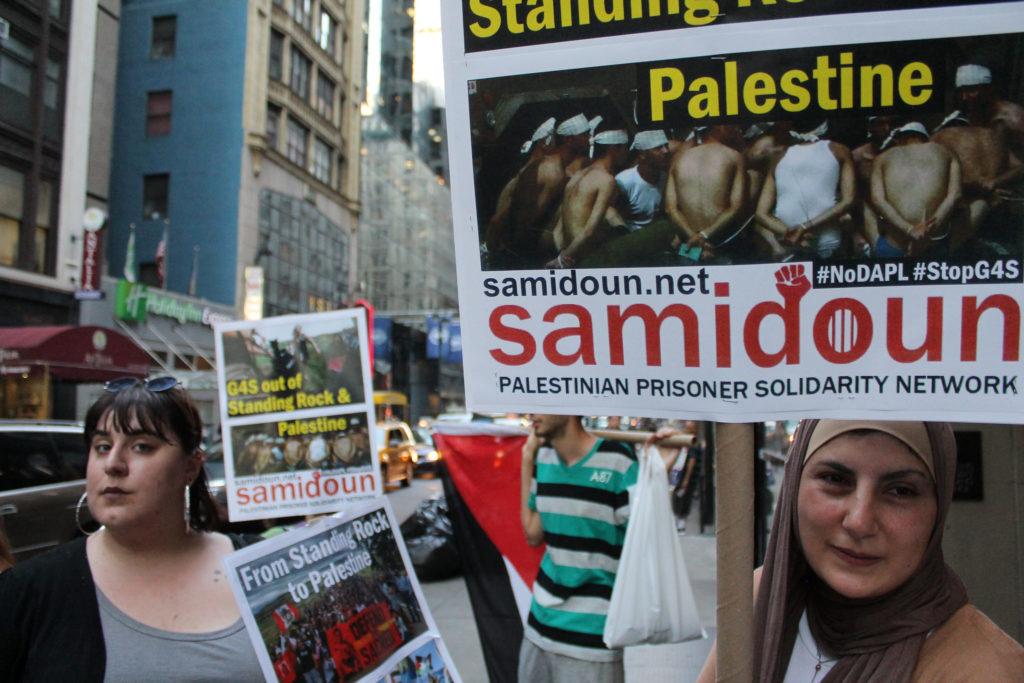 Facebook officials’ recent meeting with Ayelet Shaked – infamous for her own genocidal anti-Palestinian comments on Facebook – and apparent “commitment” to shut down Palestinian voices disliked by the Israeli occupation state (while claiming to stand against “hate speech”) comes alongside the arrest and imprisonment of hundreds of Palestinians for social media postings, including poet Dareen Tatour, student activist Donya Musleh and journalist Sami al-Saee, among hundreds more. Join Samidoun and fellow defenders of Palestinian freedom on Friday, 30 September at New York City Facebook offices, 770 Broadway at 4:00 pm to tell Facebook to end its collaboration with Israel’s regime of censorship, repression and political imprisonment, and demand the freedom of Palestinians detained for their posts on social media. 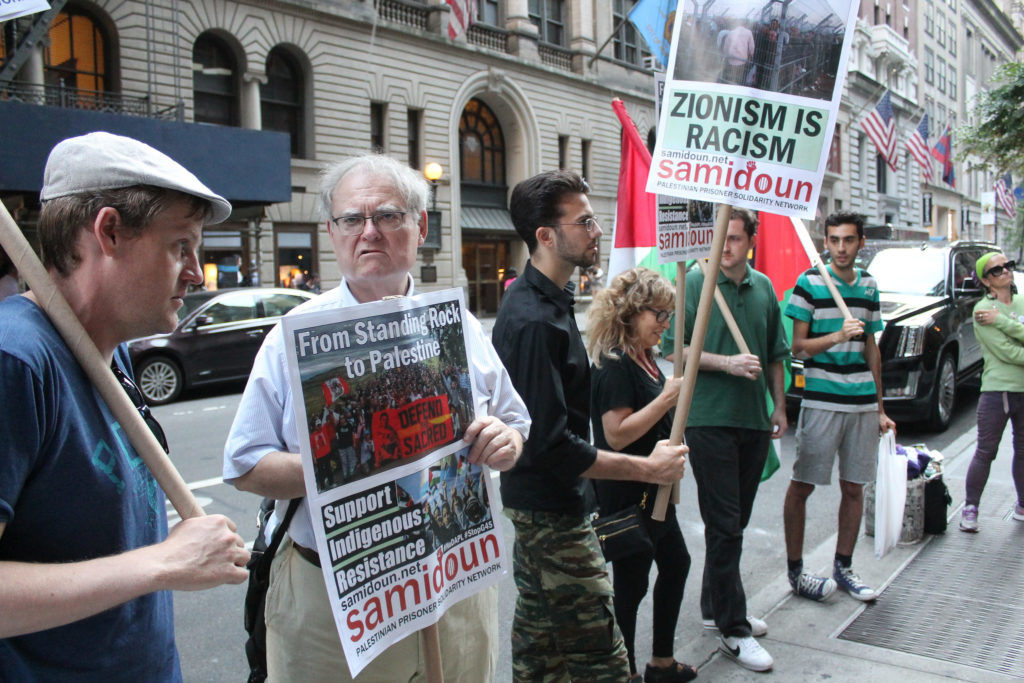