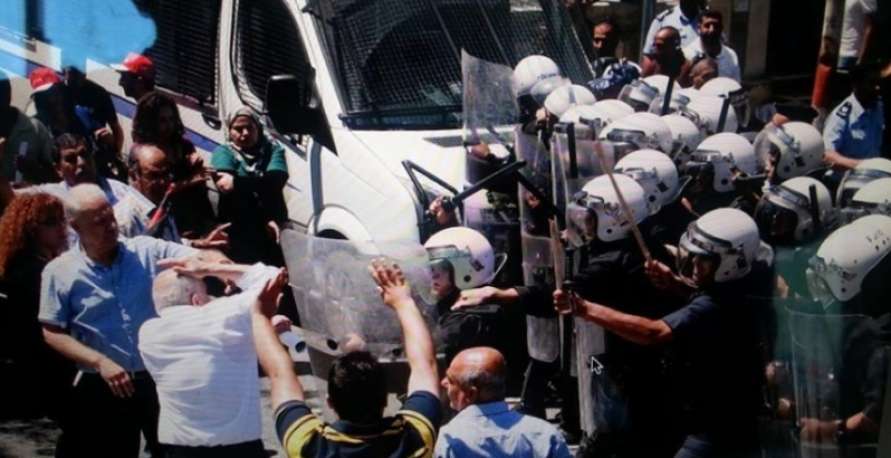 The three strikers are in a very precarious health condition in Wolfson and Assaf Harofeh hospitals following over two months without food; all are in danger of loss of life or organ failure. There are 100 fellow Palestinian prisoners engaged in strike and protest actions in solidarity with the three strikers, who are demanding their release from Israeli imprisonment without charge or trial.

Palestinian Authority security forces broke up a march following Friday prayers at the Grand Mosque of Jenin, firing into the air and preventing journalists from filming. Protesters were beaten and arrested, including former long-term hunger striker Khader Adnan, who twice won his release from Israeli imprisonment without charge or trial with 66-day and 55-day hunger strikes; and Mujahid al-Saadi, the journalist released only weeks ago from Israeli prisons. Al-Saadi has been detained and questioned by PA security forces on multiple occasions. Former prisoner and long-term hunger striker Bilal Diab was also beaten by PA security forces. PA security forces also smashed equipment and a vehicle belonging to Palestine Today TV as it covered the suppression of the demonstration.

Jaafar Abu Salah of the Popular Front for the Liberation of Palestine told Hadaf News that “solidarity with the prisoners is a Palestinian national and human duty. What happened today is a massive violation that threatens the national fabric of the Palestinian people…the Palestinian Authority’s abuse of the people on the anniversary of the disastrous Oslo agreement indicates once again their dedication to the unacceptable security coordination. All of these practices are the result of Oslo.” Abu Salah said that PFLP, DFLP and other activists were protesting at the Abu Ali Mustafa roundabout against this attack and pressuring the PA to release the detainees immediately.

Islamic Jihad issued a statement saying that “Participants in the march were assaulted with tear gas and bullets shot into the air…This crime is orchestrated and coordinated with the occupation…it is an attack on the national movement against the intifada. The security agencies are acting as hired guards for the disastrous Oslo Agreement and protectors of the security of the occupation.”

As PA security forces forced demonstrators from the streets, over 100 prisoners affiliated with Islamic Jihad and Fateh in Ramon, Nafha, Negev, Ofer and Gilboa prisons are on hunger strike for three days in solidarity with the Balboul brothers and Malik al-Qadi. Al-Qadi, 20, a Palestinian journalism student at al-Quds university imprisoned without charge or trial since 23 May, has been unconscious for multiple days and is suffering from pneumonia, hearing loss and heart problems. Issa Qaraqe of the Palestinian Prisoners’ Affairs Commission said today that al-Qadi’s condition is the most severe health crisis for a Palestinian hunger striker since 2011.

Mohammed and Mahmoud al-Balboul have been imprisoned without charge or trial since 9 June; Mohammed is in Wolfson hospital alongside al-Qadi while Mahmoud is held at Assaf Harofeh hospital. Both have lost vision and are experiencing intermittent unconsciousness, stiffening of the limbs and severe pain. All three are in critical condition.

Samidoun Palestinian Prisoner Solidarity Network strongly denounces the attack on a Palestinian demonstration for freedom for the prisoners and in support of the three hunger strikers whose lives are on the line for justice and liberation. We further demand the immediate release of all detainees, including the former prisoners Khader Adnan, Mujahid al-Saadi, Bilal Diab and others, and view this attack as part and parcel of the policy of security coordination that imprisons Palestinians and suppresses Palestinian organizing and rights, hand in hand with the Israeli occupation. We note at this time that international solidarity with the prisoners, in support of their struggle, of the marchers in the streets of Palestine and the over 100 fellow prisoners joining the strike, is critical now, and must be escalated, particularly as Mahmoud al-Balboul, Mohammed al-Balboul and Malik al-Qadi’s lives are at risk. Their freedom, and that of their fellow prisoners, is an urgent necessity.