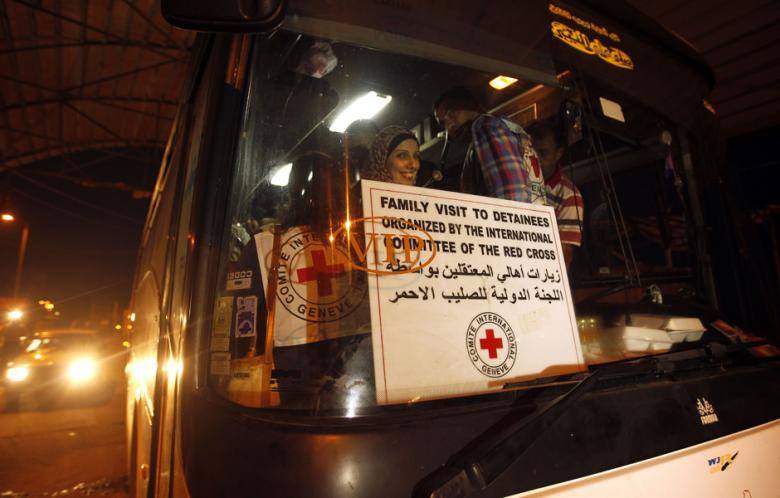 A bus full of Palestinian families was detained for two hours by Israeli occupation forces after a visit with their loved ones on Wednesday, 26 October in the Negev desert prison, on the grounds that one of the mothers of the prisoners had with her a photograph of her imprisoned children, reported Asra Media.

The detention of families, humiliating searches and interrogations comes within a systematic policy by Israeli occupation forces of denying and undermining family visits. This policy includes the prohibition of visits on the pretext of “security,” the confiscation of already-issued visitor permits as family members are en route to visit their loved ones, denial of family visits as a mechanism of punishing prisoners’ protests, confiscation of gifts, and humiliating searches and inspections of family members.