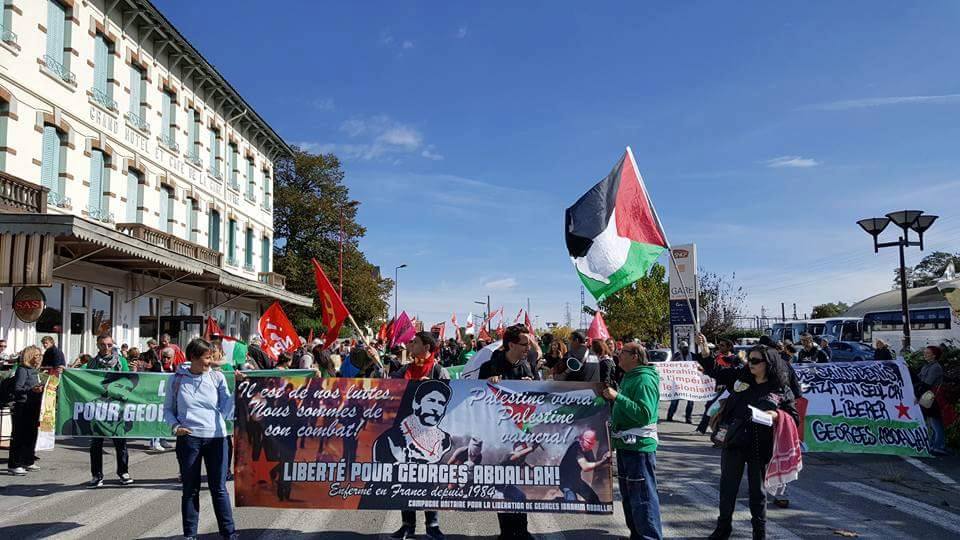 Over 400 people took to the streets in Lannemezan, France on Saturday, 22 October to demand freedom for Lebanese struggler for Palestine Georges Ibrahim Abdallah. Abdallah is held in Lannemezan’s prison; he has been imprisoned by the French state for 32 years. The annual march marks the anniversary of his arrest on 24 October 1984 in Lyon. 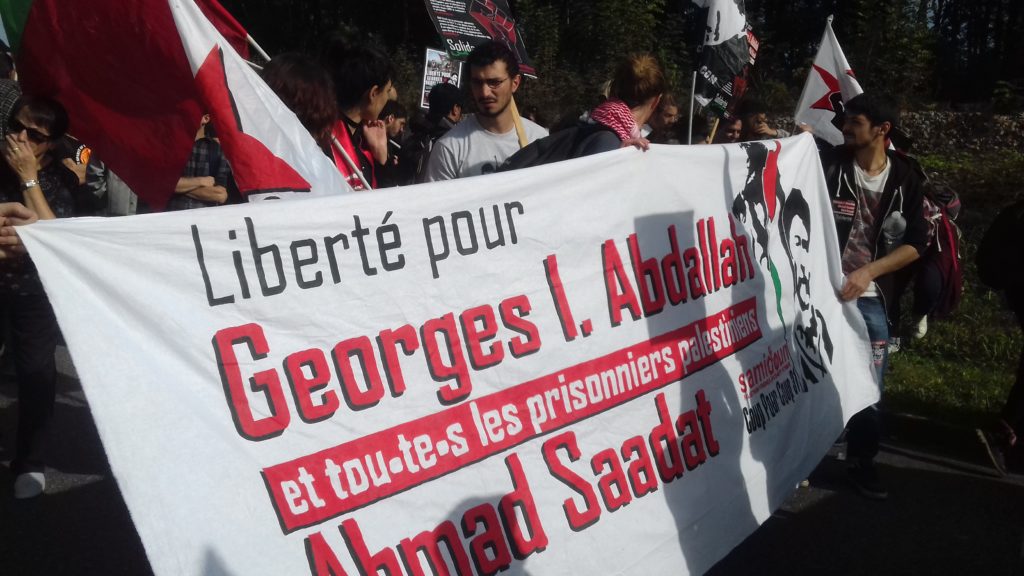 Participants from across France as well as international organizations gathered to demand Abdallah’s immediate release, marching through the streets of Lannemezan to the prison gates. Demonstrators banged on the prison gates with rocks and flagpoles while firecrackers were thrown to ensure that Abdallah and his fellow prisoners inside would hear the call of their supporters demanding freedom. 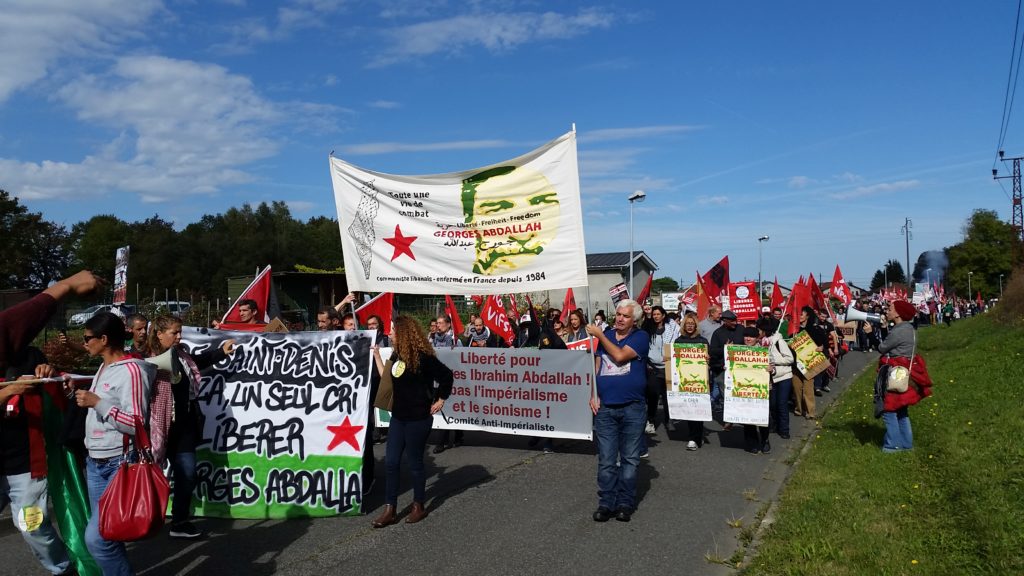 Buses came to the demonstration from across France, including two buses from Paris, as well as collective transit from Toulouse, Marseille, Bordeaux, Pau and other cities and towns. Participating organizations included Coup Pour Coup 31, Secours Rouge, OCML Voie Proletarienne, the Unified Campaign to Free Georges Ibrahim Abdallah, the Collective for the Freedom of Georges Ibrahim Abdallah, EuroPalestine-CAPJPO, FUIQP (United Front of Immigrants and Popular Neighborhoods), Le Cri Rouge, the Maoist Communist Party, and a number of prisoner solidarity and left organizations, including supporters of Turkish, Kurdish and Basque prisoners and Boycott, Divestment and Sanctions (BDS) activists working in solidarity with Palestine, including some of those currently facing persecution for BDS activity in Toulouse. 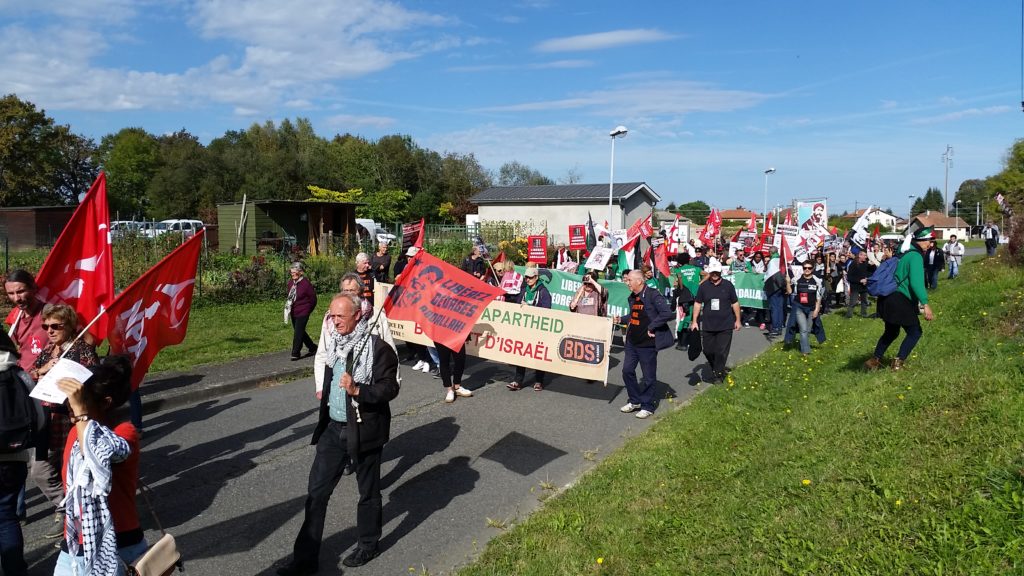 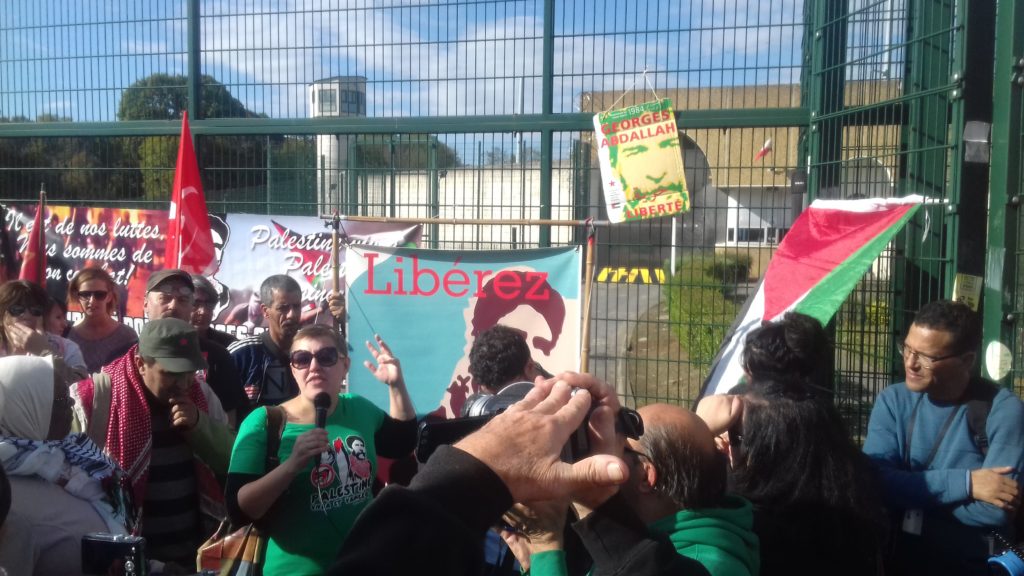 The rally also included speeches by many organizations, including a direct message of support from Georges Ibrahim Abdallah, who said that “In the Zionist jails, in Morocco, from the isolation cells in Turkey to those in Greece, in the Philippines and elsewhere in Europe and around the world, it is always the same: judicial persecution is only one element of a wide range of actions against revolutionary and pre-revolutionary movements. Of course, this panoply of measures and legislation continues to expand against even more comrades, while in general there are times of crisis shaking the pillars of the global system.” 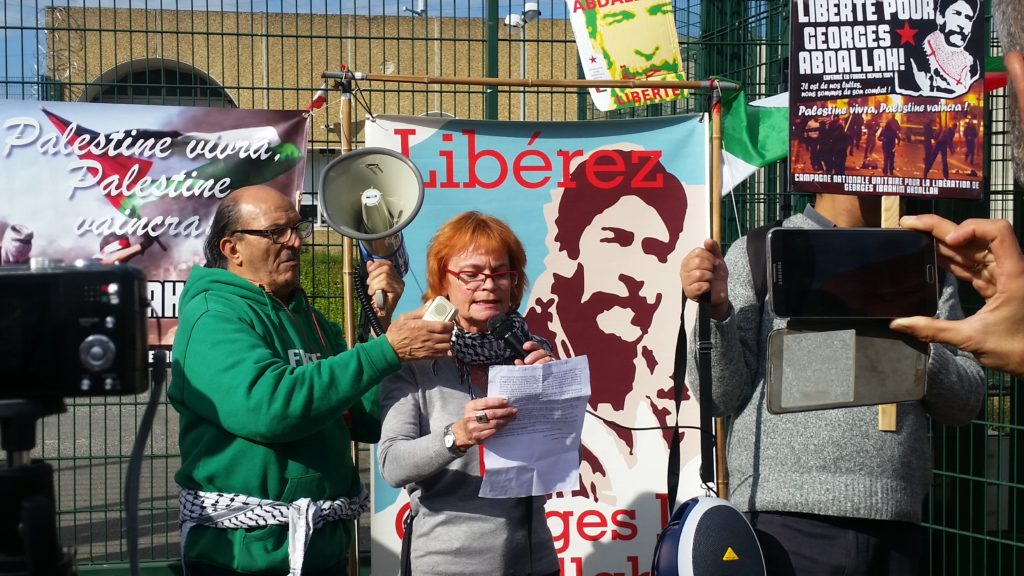 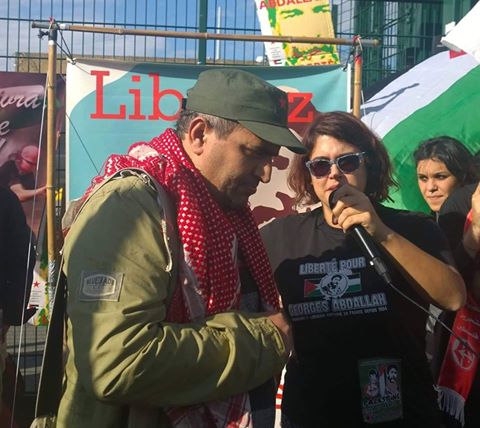 Coup Pour Coup’s speech to the rally emphasized its local work to build solidarity and “take part in the strugle against imperialism, capitalism, colonialism and racism.” Coup Pour Coup announced its affiliation with Samidoun for organizing around Palestinian prisoners and its dedication to “amplify the voice of Ahmad Sa’adat…the struggle and courage of Georges Abdallah, and popularize the cases of the progressive and revolutionary prisoners held in the US, occupied Palestine, Morocco, the Philippines and everywhere, including in the prison where Georges is held alongside six strugglers of the Basque nationalist left.” 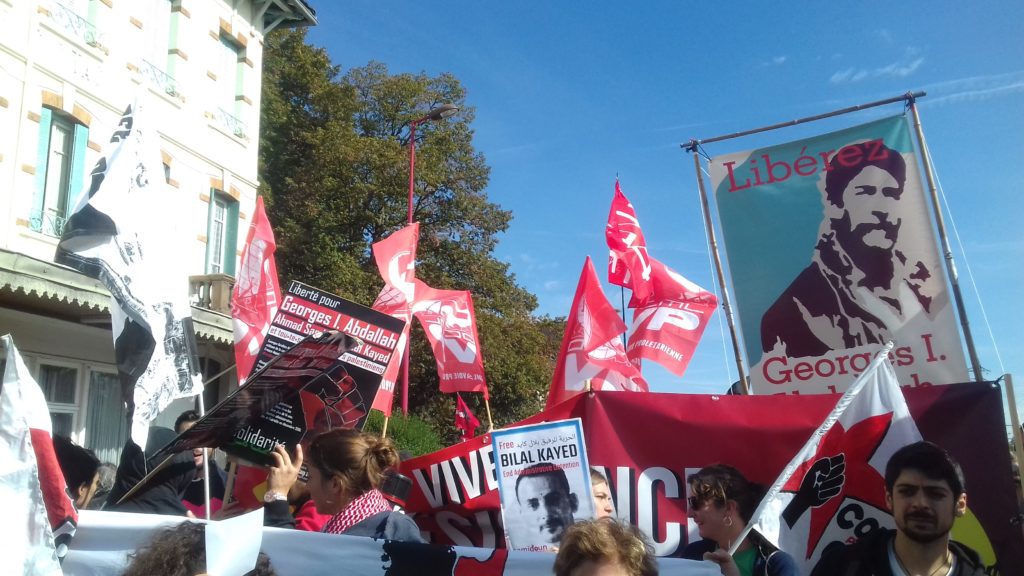 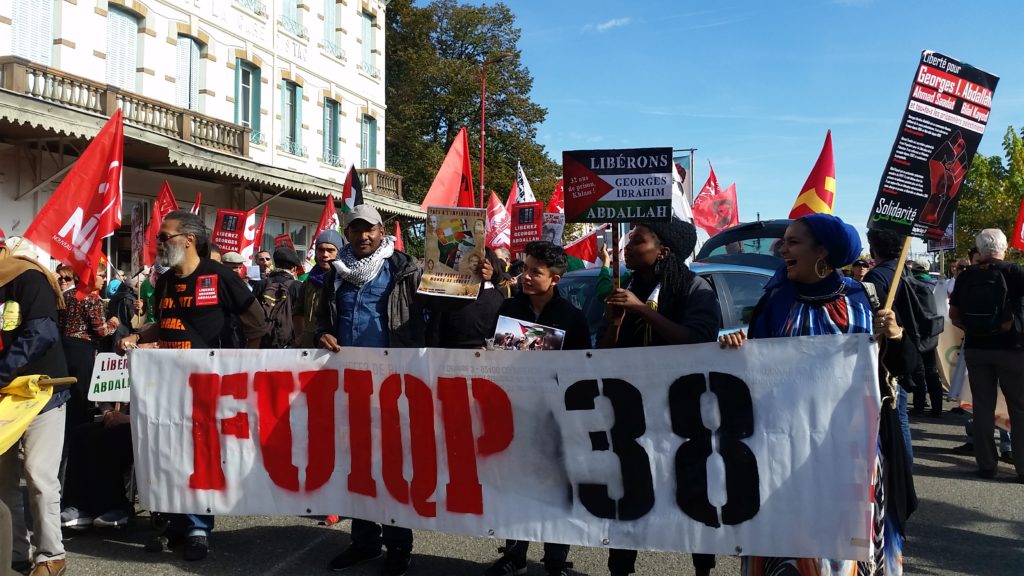 Samidoun Palestinian Prisoner Solidarity Network urges the continuation and escalation of popular campaigns in France and internationally for the freedom of Georges Ibrahim Abdallah. We look forward to working with Coup Pour Coup to build the movement to free Georges Abdallah and all of his fellow Palestinian prisoners, in Zionist and imperialist jails. 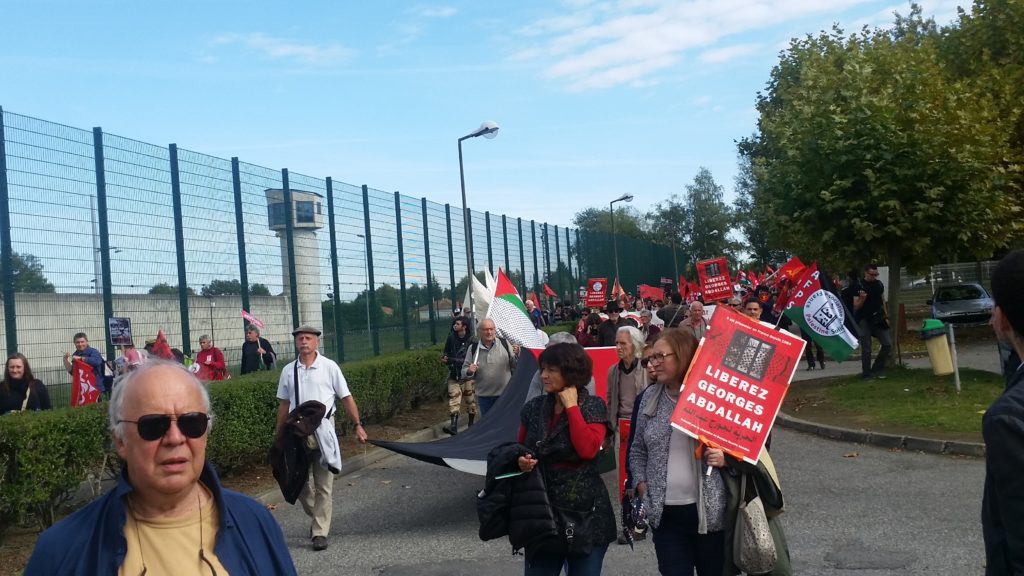 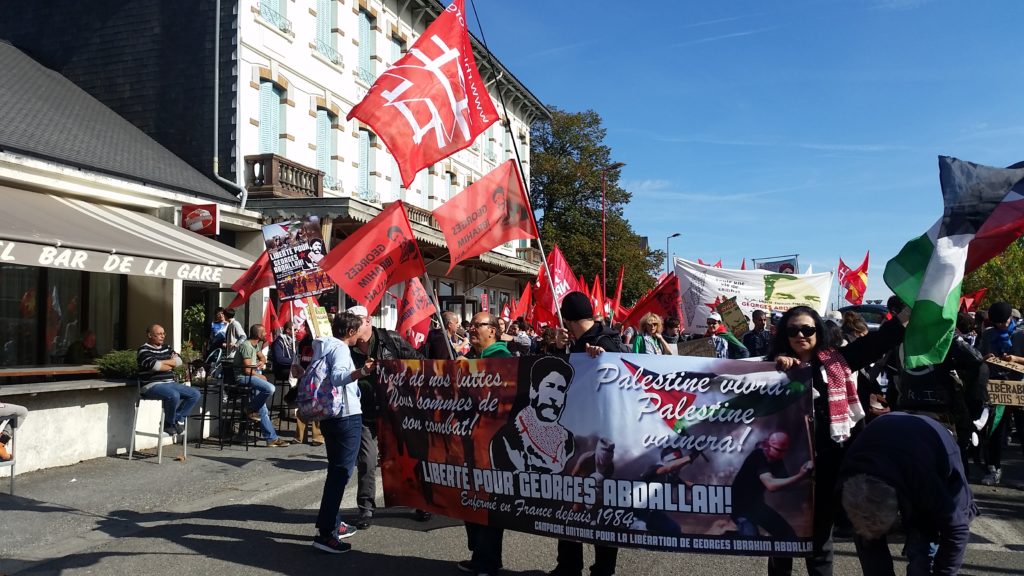 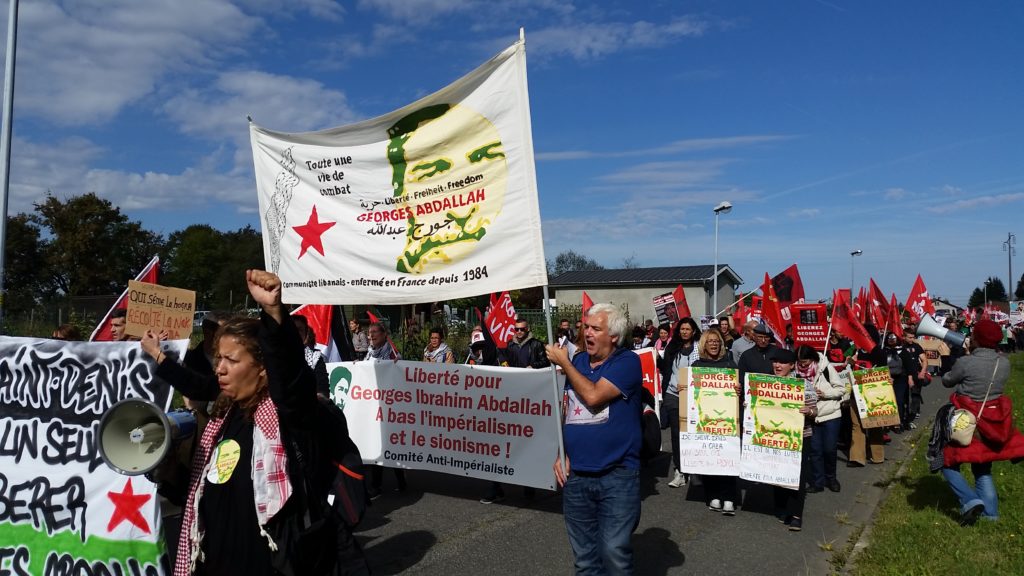 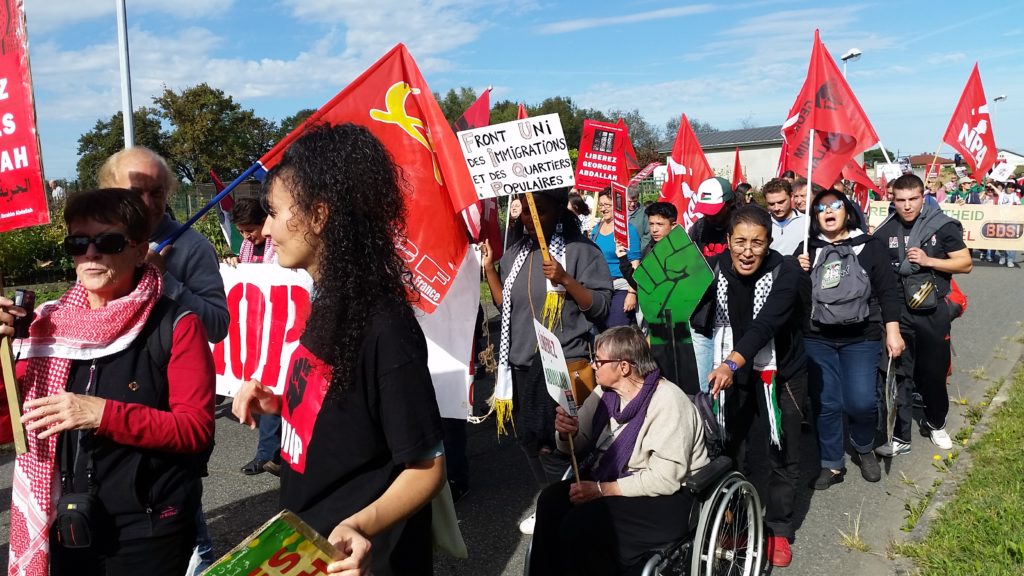 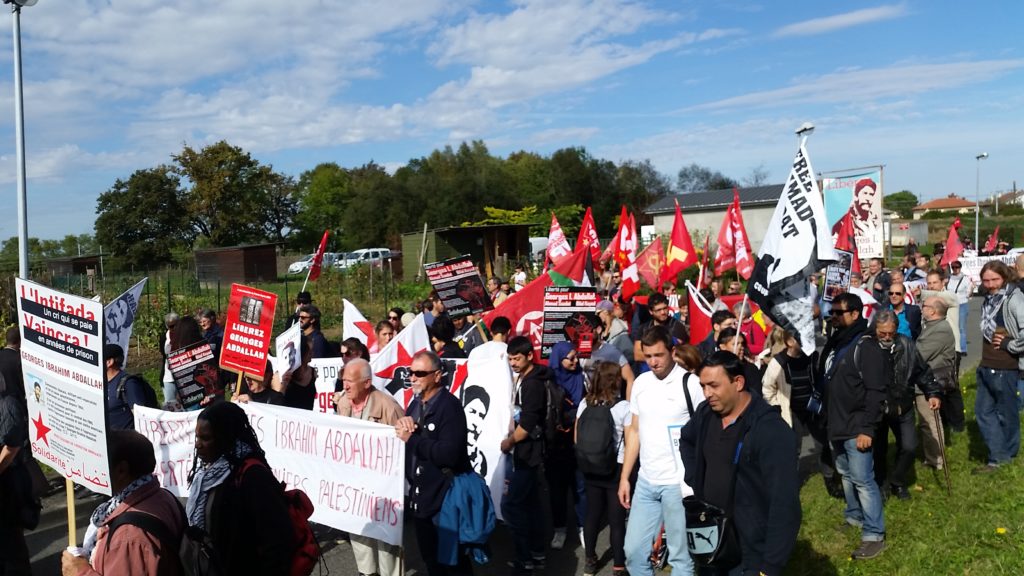 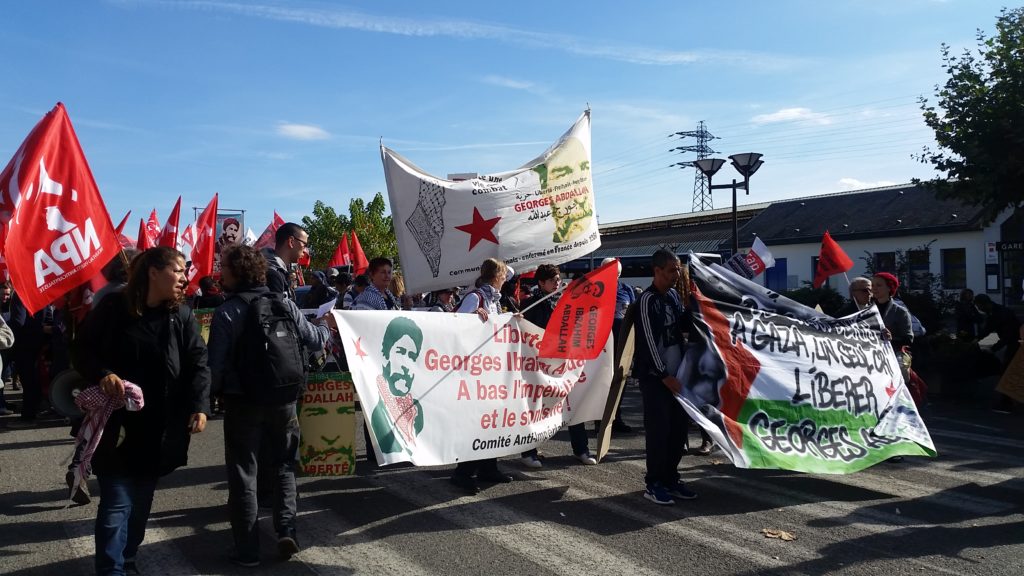 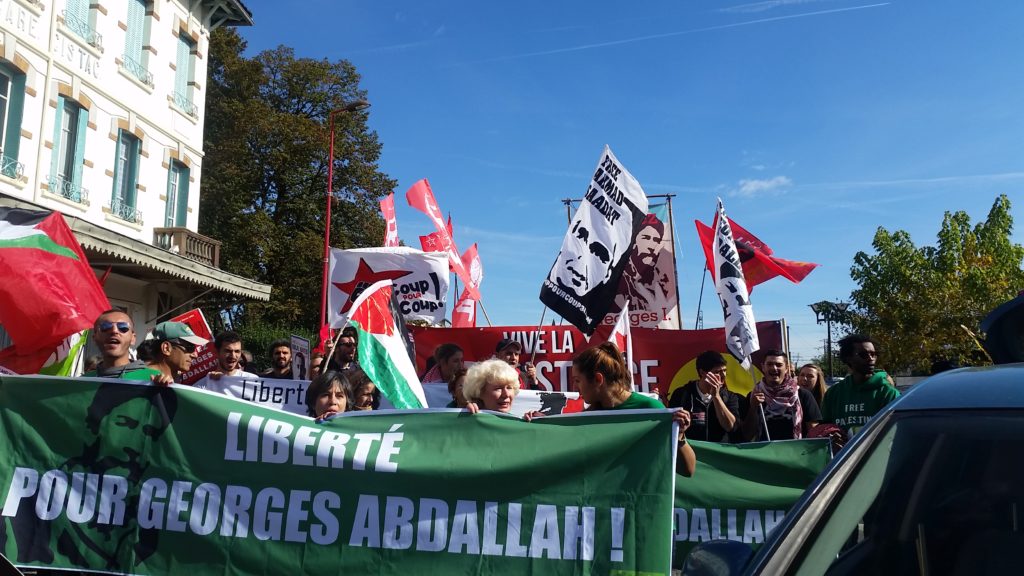 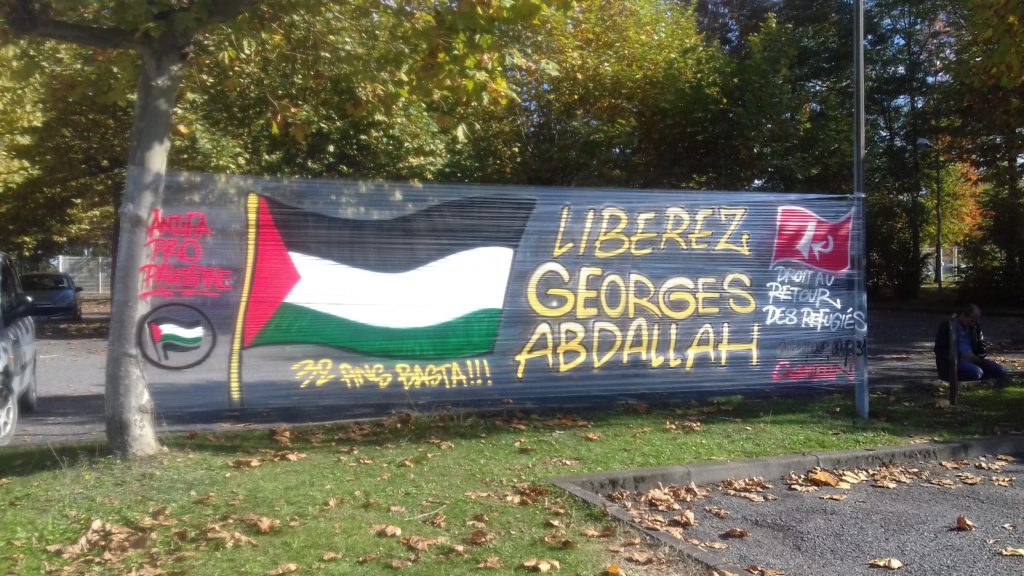 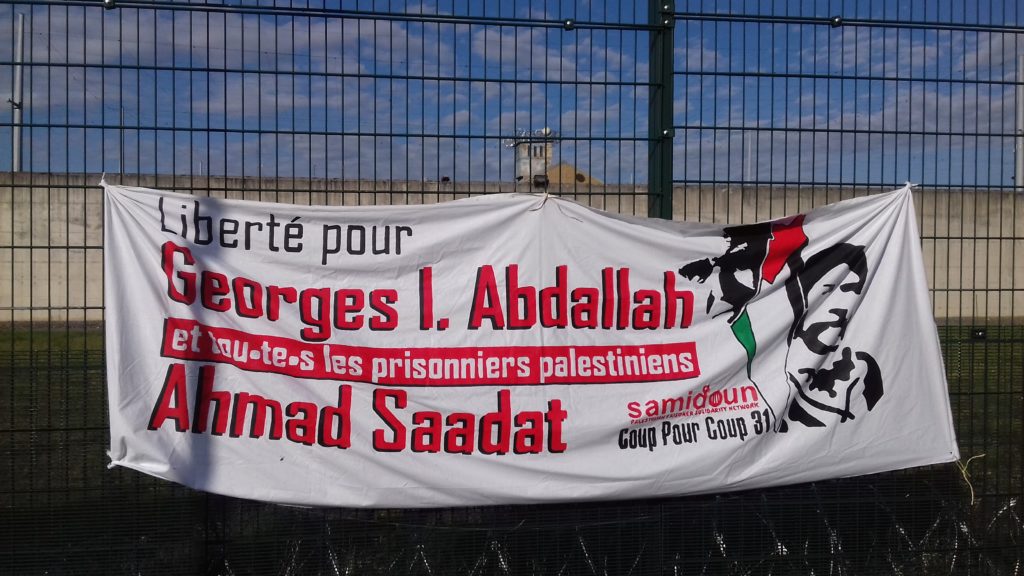 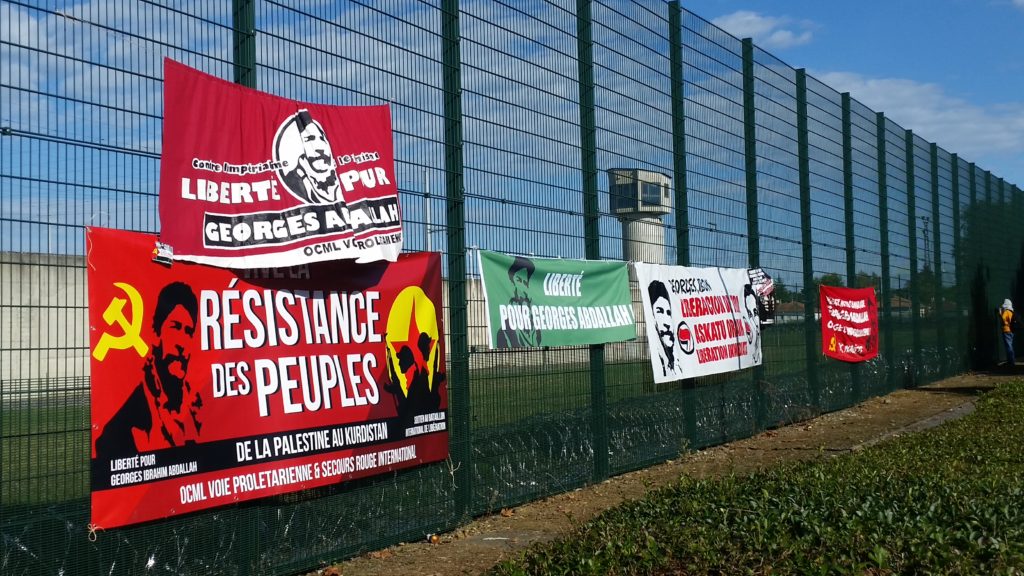