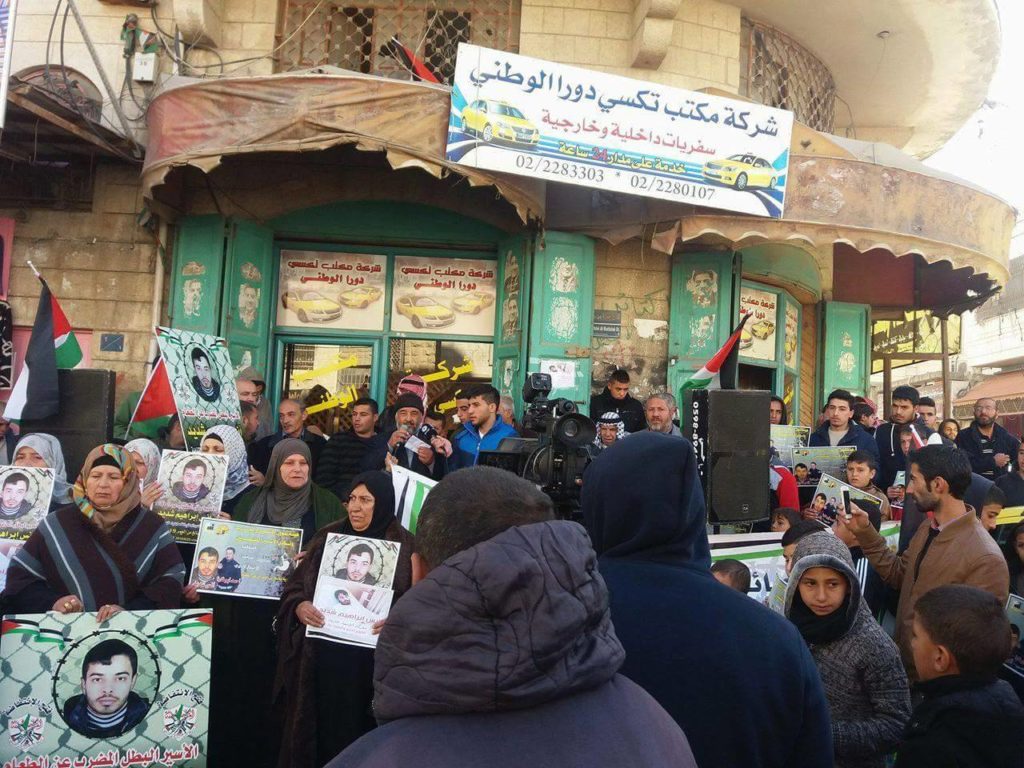 On Friday, 25 November, they were separated; they had previously held in one room at the hospital. However, Shadeed was transferred to a separate room in intensive care. The two were separated after they refused to receive intravenous vitamins and minerals.  Their lawyer, Ahlam Haddad, said that Israeli prison guards were attempting to force the two to end their strike and that their health is further deteriorating. Palestinian lawyers have appealed for their immediate transfer to the Palestine Medical Center in Ramallah for their continued treatment.  Haddad said that their lawyers are waiting for a response from the Israeli Supreme Court, but emphasized that their conditions cannot be left in the hands of the Israeli state and they are at risk of death or severe damage to their health.

Shadid, 19, and Abu Fara, 29, have been on hunger strike since 25 September. They have both been imprisoned without charge or trial since August. They are currently being threatened with forcible treatment and forced feeding in Assaf Harofeh should they continue their strike; both are experiencing comprehensive deterioration to their health, said Issa Qaraqe of the Palestinian Prisoners Affairs Commission.

Also on hunger strike for the 21st day is Nour el-Din Amer, demanding an end to his solitary confinement and isolation in Ashkelon prison. Ammar Ibrahim Hmour, 27, is also on strike for his 6th day in the Negev desert prison against his imprisonment without charge or trial under administrative detention.

Samidoun Palestinian Prisoner Solidarity Network emphasizes that the Israeli occupation bears full responsibility for the health and life of Anas Shadid, Ahmad Abu Fara and their fellow hunger strikers. We demand their immediate release and transfer to a Palestinian medical facility for care. We urge the international solidarity movement to escalate actions in solidarity with Shadid, Abu Fara and their fellow Palestinian prisoners – and we demand that official international institutions and human rights bodies break their silence on these cases, which represent not only individual Palestinians struggling for freedom, but the collective demand to bring an end to administrative detention.