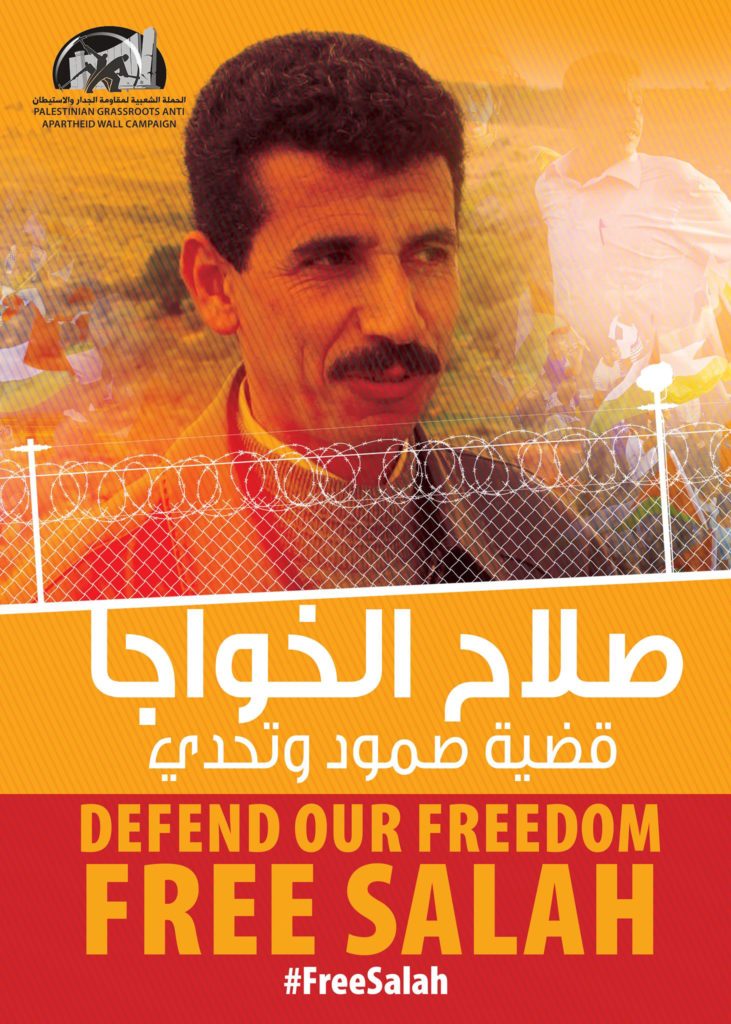 Palestinian BDS leader Salah Khawaja will face another hearing today, Thursday 1 December at Ofer prison in the military court, after over a month of imprisonment without charge and harsh, repeated interrogation. Khawaja, 46, is the Secretary of the Boycott, Divestment and Sanctions National Committee (BNC), the largest Palestinian civil society coalition leading the international BDS movement. He is also active with the Palestinian Grassroots Anti-Apartheid Wall Campaign (Stop the Wall) and the Palestinian National Initiative.

His Ramallah home was violently raided by Israeli occupation forces on 26 October in a pre-dawn invasion and his belongings ransacked. Since that time, he has been subjected to extensive and harsh interrogation, deprived of sleep, beaten and kicked and subjected to cruel and inhumane treatment. He was denied access to a lawyer for over two weeks. This notable human rights defender was brought blindfolded into court in the Petah Tikva interrogation center during one of his previous extensions of his imprisonment. Despite appeals by his lawyers demanding his release, Khawaja has remained under harsh interrogation without charges being filed against him. On Monday, 28 November, an appeal hearing upheld the latest extension of his detention.

Stop the Wall has reported that the hearing today is likely to result in either the filing of charges against him in Israeli military courts, his continued arbitrary detention without charge or his potential release. Samidoun Palestinian Prisoner Solidarity Network urges all supporters of Palestinian rights and freedom to be on alert and ready to mobilize for Salah Khawaja’s immediate release.