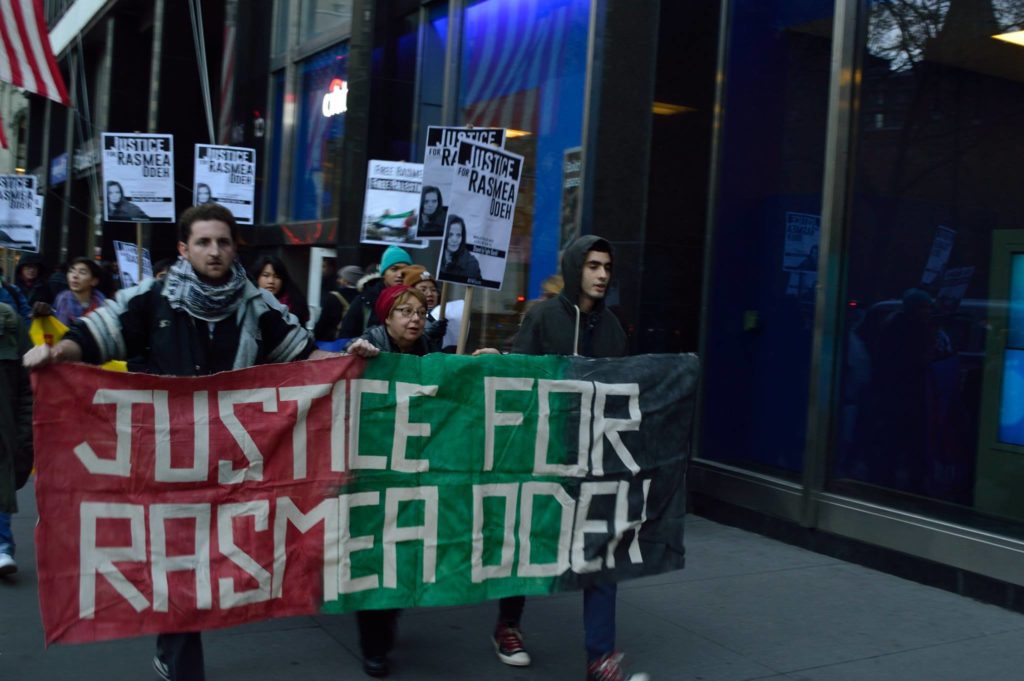 The previously scheduled 29 November hearing for former Palestinian prisoner and torture survivor Rasmea Odeh, now facing persecution and deportation from the United States, was cancelled without an explanation by the presiding judge, Gershwin Drain.

The hearing had been ordered following Odeh’s successful challenge of the exclusion of evidence of her PTSD from her trial, and was set to receive arguments as to whether an expert on PTSD who could speak to Odeh’s state of mind would be allowed to testify on her behalf, sparking a new trial beginning in January 2017. Odeh was previously convicted of unlawful procurement of naturalization based on the assertions of the U.S. prosecutors that she had lied about her imprisonment in Israeli jails from 1969 to 1979, despite her repeated public advocacy around her experience as a torture survivor. In the previous trial, Odeh was forbidden from speaking about her experience of torture and sexual assault at the hands of Israeli interrogators.

The Rasmea Defense Committee said that “We have no idea what this means, besides the simple fact that the judge will be rendering a written decision without hearing arguments.” Drain will now issue a written decision without argument on whether Odeh will receive a new trial, based on the filings in the case. Michael Deutsch, Odeh’s lead attorney, told the Electronic Intifada that he was “midly optimistic” because “We told [Judge Drain] in our papers that we didn’t see a need for a hearing because based on the affidavits and the reports he should grant us our right to have our expert testify at a new trial.”

While the government had attempted to challenge Odeh’s diagnosis of PTSD, a government expert who engaged in his own examination of Odeh agreed that she is likely to suffer from PTSD and is not feigning or falsely claiming psychiatric or medical problems. The government continues to challenge the methodology of Odeh’s expert, Dr. Mary Fabri, relating to the effects of PTSD and torture on her immigration situation, despite multiple experts who support Fabri’s conclusions.  Deutsch reported that the US government repeatedly relies on Israeli military reports and documents in order both to associate Rasmea Odeh with “terrorism” and deny her experience of Israeli torture and sexual abuse, which has been discussed in the United Nations and reported in international media since 1977. 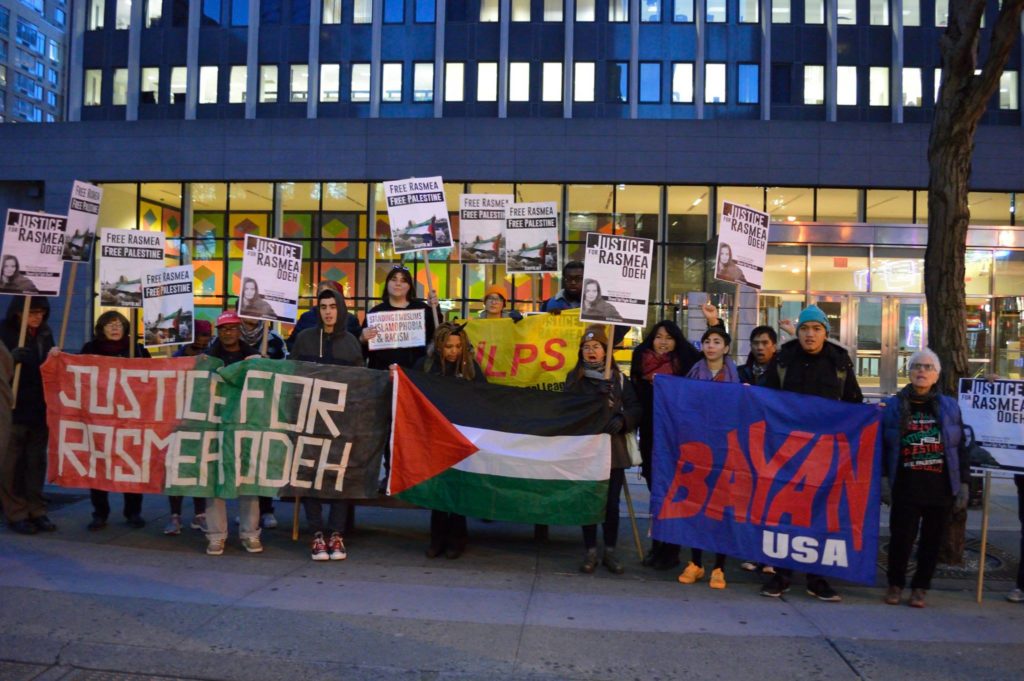 Over 100 people were scheduled to go to Detroit on 29 November in support of Odeh. While the hearing did not take place, protests and actions across the United States continued, demanding a new trial or the dismissal of all charges against Rasmea Odeh. In New York City, the Committee to Stop FBI Repression, Samidoun Palestinian Prisoner Solidarity Network, the International Action Center, BAYAN USA, Al-Awda, NYC Students for Justice in Palestine and many other organizations gathered to demand justice for Rasmea Odeh on 28 November. Activists in Tampa, Houston, Salt Lake City and elsewhere also took to the streets in support of justice for Rasmea Odeh and for Palestine.